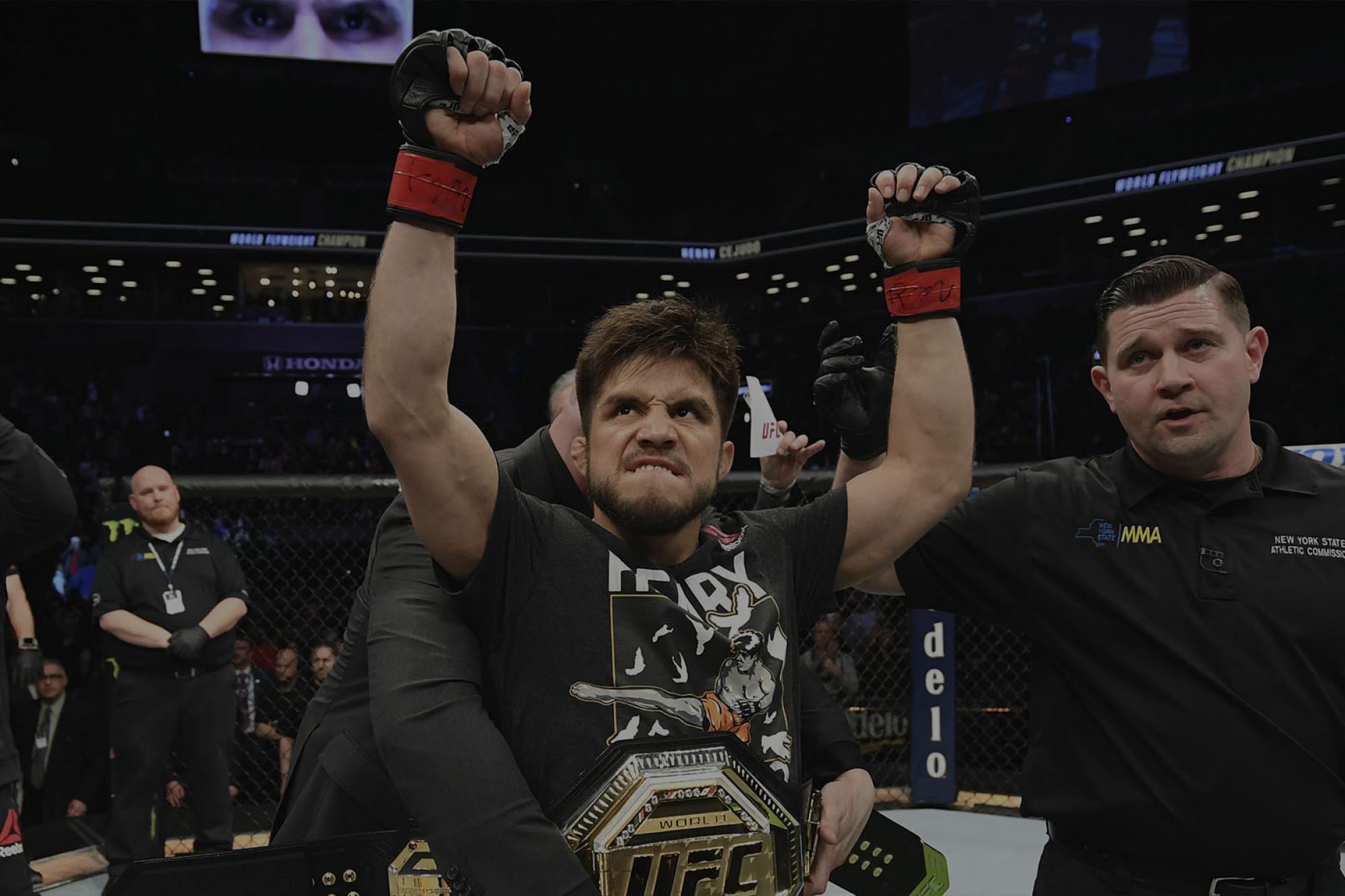 A Win For All The Flyweights

“This win wasn’t just for me, but for every flyweight out there that wanted the opportunity to fight for a world title someday,” Cejudo said. “I put them on the map.”
By Thomas Gerbasi • Jan. 22, 2019

It only took 32 seconds. That was enough for Henry Cejudo to make his point.

“This is a flyweight,” he laughed. “These are the guys that are boring.”

Cejudo was all smiles as he sat at the dais in Brooklyn’s Barclays Center following his stoppage of TJ Dillashaw in last Saturday’s UFC Fight Night main event. And why wouldn’t he be smiling? In less than a minute, he had defeated the UFC bantamweight champion, putting a stamp on a record-breaking night on ESPN+ that made a case for a division under fire.

“This win wasn’t just for me, but for every flyweight out there that wanted the opportunity to fight for a world title someday,” he said. “I put them on the map.”

Watch Henry Cejudo in the Octagon after his flyweight title victory over TJ Dillashaw.

With his SuperFight being the headliner for the card kicking off the relationship between the UFC and ESPN, the 31-year-old champ had the platform to make a case for the promotion to keep the 125-pound weight class going. And with not just that pressure, but the pressure of defending his crown against a hungry challenger on his shoulders, Cejudo delivered, as he hurt Dillashaw early and didn’t let him off the hook.

“I felt his body go limp,” Cejudo said. “Every blow that he took, he was eating some hammers. Personally, I thought it was a good stoppage because he was gonna take another 10-20 hits.”

Some disagreed with referee Kevin MacDonald, Dillashaw being the most vocal of those critics, but Cejudo isn’t taking it personally.

“I think partially what makes TJ good is that he is a sore loser,” he said. “So am I. But at least I’m able to accept it and get better from it.”

And Cejudo made it clear as soon as the bout ended that he is more than willing to run it back with the bantamweight king, preferably at bantamweight.

“It’s open,” Cejudo said of where he would like to fight Dillashaw again. “I got the gold. The guy with the gold makes the rules.”

And if he has his way, the guy with the gold will chase more of it at 135 pounds.

It’s a good place to be in, and Cejudo is embracing it, because every fight is a big one now, even it does mean that he’s got a target on his back.

“Everybody wants a piece of you now,” he said. “There’s going to be a lot of naysayers. When am I gonna get the respect that I need, that I deserve? But it doesn’t even bother me anymore because I’ve got the credentials to prove it. And that’s all there is to it.”

An Olympic gold medal. A UFC title. Wins over Demetrious Johnson and Dillashaw. Yeah, those credentials are pretty solid. But Cejudo is willing to take on another title if he can be the man who saved the flyweights.