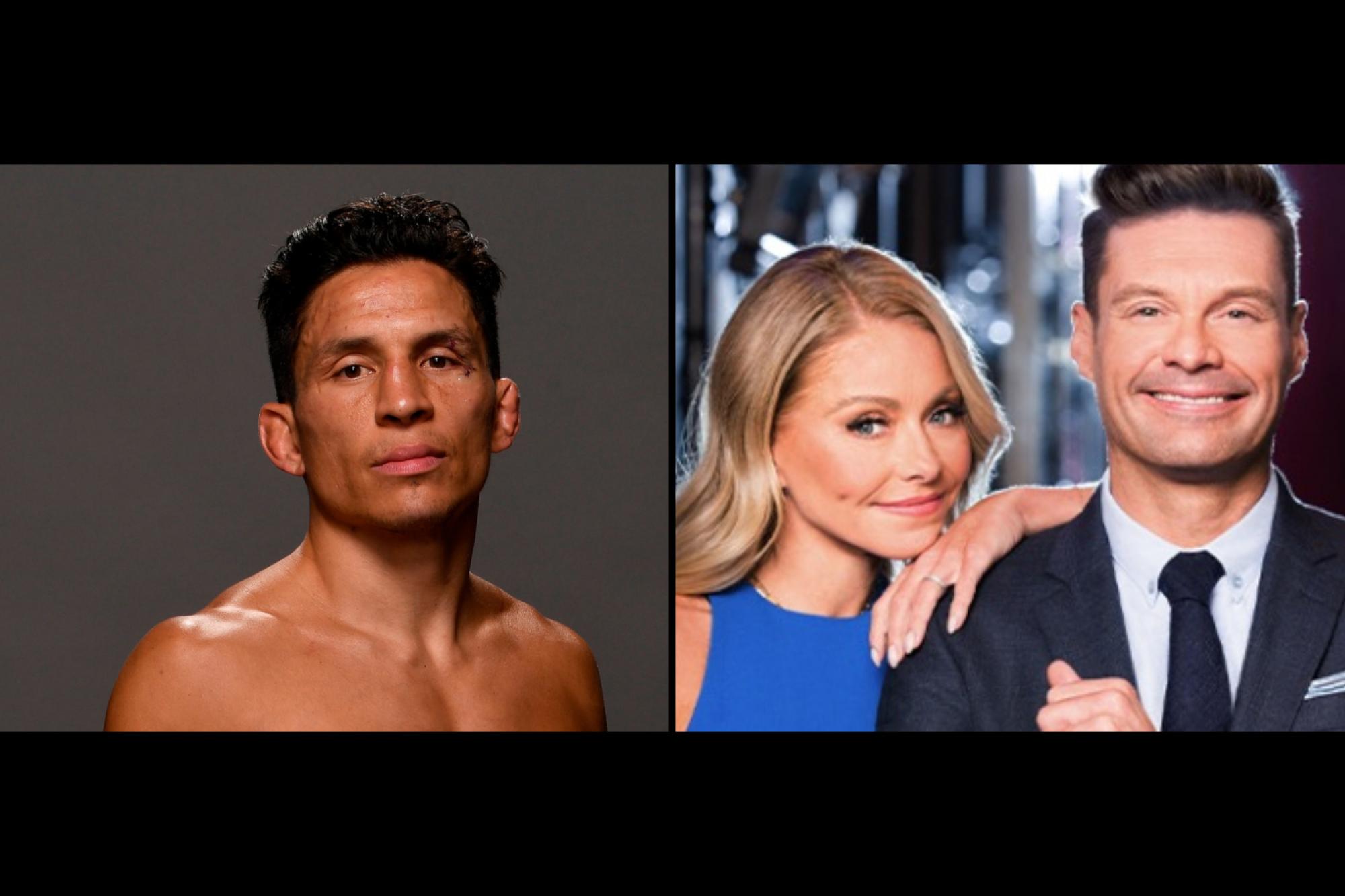 Flyweight makes his debut on the program to promote his UFC Norfolk Title Fight
Feb. 24, 2020

UFC flyweight Joseph Benavidez made his debut appearance on 'Live With Kelly And Ryan' Tuesday to promote his title fight against Deiveson Figueiredo at UFC Norfolk.

In the clips below, watch as Benavidez demonstrates a choke hold on Ryan, before discussing his big fight this Saturday on ESPN+.