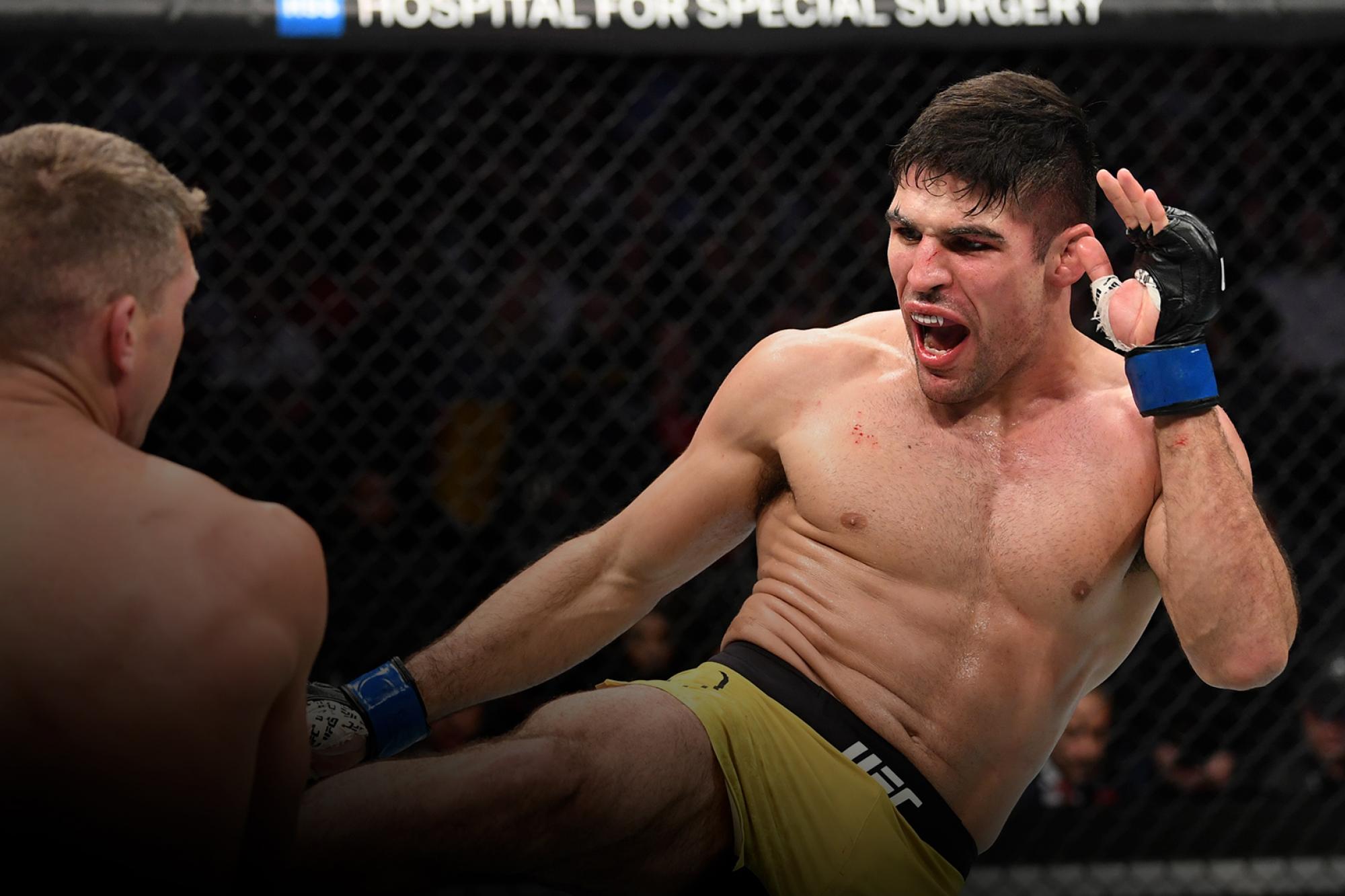 Vicente Luque Sees The Next Level In Reach

Although Vicente Luque's winning streak ended in his last fight, the Brazilian finisher believes he can break into the top of the division.
By Zac Pacleb, on Twitter @ZacPacleb • May. 7, 2020

Since making his promotional debut at the end of 2015, Vicente Luque cultivated a subtle, but knowing, must-watch reputation, almost like a fight fan’s knowledge could be tested on how excited they got when his name popped up on a card. Looking at his record, it’s easy to see why. In his 10 UFC wins, Luque racked up nine finishes.

Luque rode a six-fight winning streak that featured five finishes, a 2019 Fight of the Year contender against Bryan Barberena, and a brutal Fight of the Night-earning split decision over Mike Perry. The noise around “The Silent Assassin” was growing, and he stared a top 5 ranking in the face when he squared off against Stephen Thompson at UFC 244. Instead, Luque fell in another Fight of the Night effort, his first loss since dropping a decision to Leon Edwards in 2017.

Even so, Luque sees the bout as a positive experience.

Order UFC 249 For Any Device 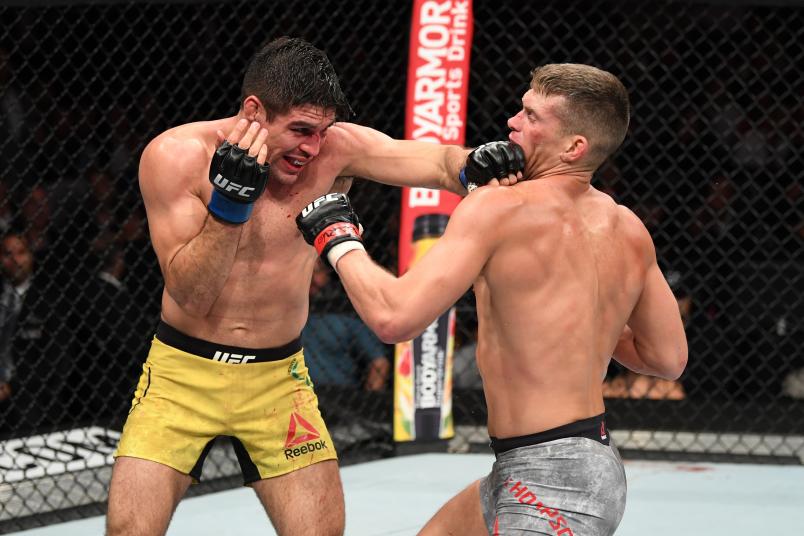 “I think I could measure what point I’m at in my career, what level I need to get to, to be in the top 5 and eventually fight for the title,” Luque said. “I saw a lot of mistakes I did but, at the same time, I felt like I had a really good first round, so maybe experience is something I still have to get a little bit more.”

Ultimately, Luque felt good about his first round against “Wonderboy,” who always gives a striking master class every time he steps into the Octagon. Lessons learned, the New Jersey-born Brazilian is eager to put those teachings into action in a rematch against Niko Price this Saturday in Jacksonville.

“Even though it’s a different opponent, it’s not the same style as Thompson, I think I can show everything that I’ve learned in this time off after my last fight,” Luque said.

Coincidentally, Luque’s first fight against Price came after a unanimous decision loss (to Edwards). Luque put Price away with a D’Arce choke in the second round, the first victory of his six-fight winning streak.

Replicating that result likely translates to another shot at the top 10, where Luque has a better understanding of the subtle difference between “ranked” and “in title contention.”

Although most of his fights feature exciting action, Luque isn’t one to unintelligently swing for the fences. His mixture of constant pressure, slick striking technique, a good chin and sneaky submissions feed into his favor when the brawl unfolds. While the 28-year-old fell short against Thompson, he is confident in what he picked up in the fight and how it could translate moving forward.

One other change is the frequency with which he fights. From October 2018 to November 2019, Luque fought five times, and even though he scored finishes in three of those fights, he didn’t exactly come away unscathed. Most inconveniently, his scrap with Barberena left his face swollen and cut a month before his wedding day, but the extra $50,000 surely helped smooth things over with his bride.

“I think that made people see my style and want to enjoy my fights,” Luque said. “Now, this year, I’m planning something between two or three fights. If I can, I want to have three fights because I like to keep myself active, but definitely, I want to have more time in between camps so I can take every single fight as seriously as I need to take them and get some rest after the fights. That’s something I lacked a little bit last year.”

All things considered, losses to Edwards – who is on his own eight-fight win streak – and Thompson are nothing at which to scoff. Luque proved himself as an exciting fighter with the real skillset to make noise in a crowded, talented and somewhat dramatic division. Should he continue his improvement, he might find his name in the mouths of some of the loudest trash talkers in the division.

He isn’t all too concerned about that right now though. Luque admitted training during the coronavirus pandemic “hasn’t been the same,” but believes the work he has done has him around “90 percent” of where he would be if the world was in its normal rhythm, and he assumes everyone is on a similar page.

Price represents a chance for Luque to continue his streak of entertaining fights, as “The Hybrid” is proven as an unpredictable, unorthodox finisher. With a willing dance partner, Luque should have plenty of opportunity to display what he worked on following the Thompson fight. Backing up those words likely means the best version of Luque yet, and if that’s the case, the top of the division might not be far away at all.

“That’s where we want to get,” Luque said. “Those guys fight at another level. I felt that with Thompson and, at the same time, I felt that I could get there if I keep working the way I’m working. So, I think that it’s a different level. A little bit sharper in every area, but soon enough, I’ll be there.”