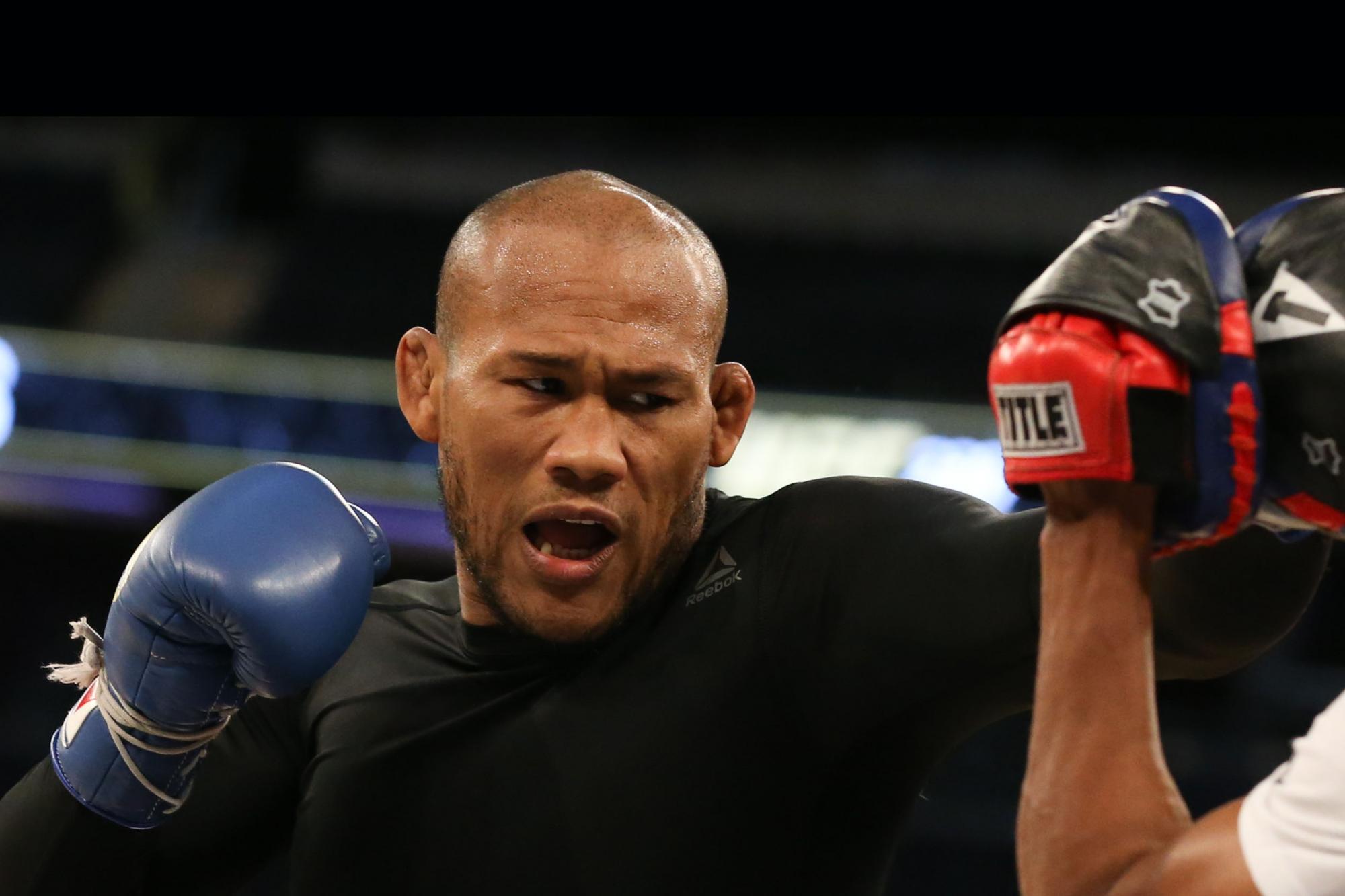 Perennial top five-ranked middleweight Ronaldo “Jacare” Souza will attempt to secure his first UFC title shot when he headlines UFC Fight Night from Florida against surging contender Jack Hermansson on Saturday night. Jacare is coming off a huge win against former middleweight champion Chris Weidman, where he scored a third-round knockout. Jacare has gone 2-1 in his past three fights with his only loss coming by way of a razor close split decision to Kelvin Gastelum. As for Hermansson, he has started to build a reputation as one of the most dangerous finishers at 185 pounds after three straight wins, all by knockout or submission. In his most recent outing, Hermansson made short work of top 10 middleweight David Branch with a first-round guillotine choke. Now Hermansson will attempt to get the biggest win of his career while facing one of the best middleweights in the world in Jacare. 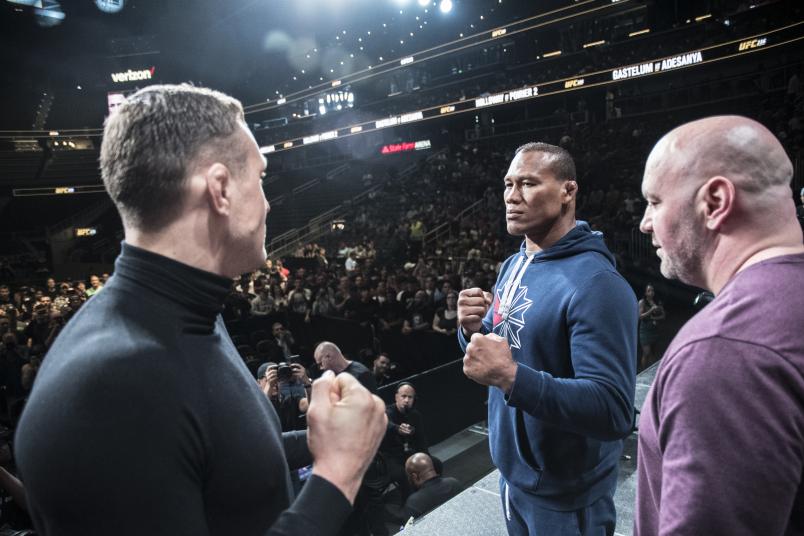 Ex-NFL player Greg Hardy didn’t get his UFC career off to the start he wanted after suffering a disqualification loss in his debut back in January. Prior to that, Hardy had laid waste to his competition with three straight wins, all by first-round knockout. Now he will attempt to get his first UFC win while fighting in his new backyard in Fort Lauderdale, where he trains at nearby American Top Team in Florida. His opponent, Dmitrii Smoliakov, is also looking for his first UFC win after suffering back-to-back losses to Luis Henrique and Cyril Asker. Smoliakov has a slick grappling game on the ground with five career submission wins and that might be where he’ll do best in this fight while trying to avoid the knockout power coming from Hardy.

A potential Fight of the Night is on tap in this welterweight showdown between Mike Perry and Alex Oliveira on the main card. Oliveira has earned three post-fight bonuses in his past five fights, but he is coming off a loss in his last contest when he fell to Gunnar Nelson this past December. Prior to that setback, Perry had picked up two impressive wins in a row, including a second-round submission against former interim welterweight champion Carlos Condit. This time he will face one of the purest power punchers in the division as Perry never shies away from what he does best and that’s knocking people out. Perry has picked up more than a few jaw-dropping finishes during his UFC career, but with a 1-3 record in his past four fights, he knows getting on a consistent win streak is hugely important right now. Perry will attempt to jump start a new win streak when he clashes with Oliveira in what should be a real crowd pleaser. 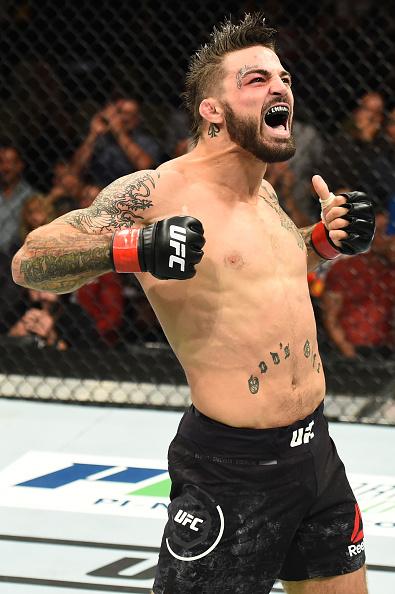 Former title challenger Glover Teixeira will look to build on his last win as he faces Ion Cutelaba in a light heavyweight bout on the main card. Teixeira has consistently been one of the best fighters in the world at 205 pounds over the past seven years and he’s always had a reputation for putting on highly entertaining fights. To get a second win in a row after submitting Karl Roberson in his last outing, Teixeira will have to stop Cutelaba, who comes into the fight off back-to-back knockouts of his own. Cutelaba is the definition of “go big or go home,” and he will absolutely be swinging for the fences in an attempt to put a signature win on his resume against a top 15 fighter in Teixeira, who is definitely the most accomplished opponent he’s faced to date. 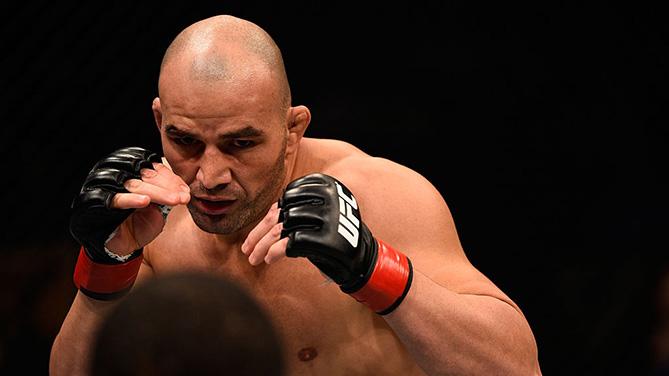 With a new bantamweight champion about to be crowned in June at UFC 238, John Lineker and Cory Sandhagen have an opportunity to make a great impression this weekend to get the attention of the entire 135-pound division. Lineker has cemented himself as one of the most feared fighters on the entire UFC roster with his aggressive, attacking style where he looks to punish his opponents until he gets the knockout. Lineker is coming off two straight wins, with a remarkable 8-1 resume over his past nine fights. Sandhagen will do everything in his power to stop Lineker and make a name for himself in the bantamweight top 10 after starting his UFC career with three straight wins, all by knockout or submission. Sandhagen looks like a future contender at 135 pounds but this will definitely be his stiffest test to date when he faces Lineker on Saturday.

Undefeated prospect Roosevelt Roberts will attempt to keep his perfect record intact when he faces UFC newcomer Thomas Gifford this weekend. Roberts made his way to the UFC after an impressive finish on Dana White’s Tuesday Night Contender Series and he backed up that performance with a first-round submission against Darrell Horcher in his Octagon debut. Now he faces Gifford, who comes into the fight with 26 professional fights on his resume, including two straight wins. Gifford is a veteran of the regional fight scene and he’ll look to pull off the upset in his UFC debut while taking on a highly watched prospect in Roberts.

Veteran welterweight Ben Saunders will attempt to get back in the win column when he faces UFC debutant Takashi Sato. Throughout his career, Saunders has faced the best of the best that the welterweight division could throw at him, but with a 1-4 record over his past five fights, there’s little doubt he wants to secure the victory by any means necessary. His opponent Sato is a veteran Pancrase fighter with a 6-1 resume over his past seven fights. Sato is known as a devastating finisher with a string of knockouts decorating his past six wins and there would be no better way to kick off his UFC career than getting the job done against Saunders.

Former heavyweight champion Andrei Arlovski rejuvenated his career when he returned to the UFC in 2014, but lately he’s suffered through a trio of heartbreaking decision losses. To stave off four losses in a row, Arlovski faces Brazilian heavyweight Augusto Sakai, who picked up a TKO win in his UFC debut last September after earning his contract by way of the Contender Series. Sakai is a solid prospect for the heavyweight division and a win over Arlovski would be huge for him, but this will also undoubtedly be the toughest test of his young career. 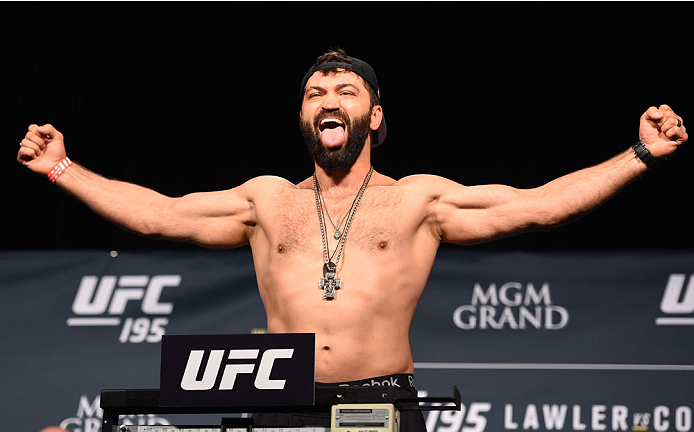 Former strawweight champion Carla Esparza has consistently been one of the best 115-pound fighters in the world ever since the division was introduced to the UFC five years ago. While Esparza was the first to ever hold that strawweight title, she’s faced some adversity lately with two straight losses, including a TKO against fast rising contender Tatiana Suarez in her last outing. If Esparza hopes to get back into that title race one day she has to get a win this weekend as she faces former Invicta FC champion Virna Jandiroba, who comes into the fight with a perfect 14-0 record and the ability to submit anybody she grapples with on the ground. Jandiroba could make a great first impression with a win but she’s got a huge obstacle in front of her in Esparza.

Grappling champion Gilbert Burns has consistently been one of the most entertaining fighters in the lightweight division and he’s coming off a statement win in his last fight against Canadian grappler Olivier Aubin-Mercier. This weekend, Burns draws UFC newcomer Mike Davis, who comes into the fight off two straight wins and a 7-1 record overall in his career. Davis’ only loss came to highly touted UFC prospect Sodiq Yusuff on Dana White’s Tuesday Night Contender Series but now he gets his opportunity to prove he belongs in the Octagon while facing Burns on the preliminary card.

31-fight UFC veteran Jim Miller has faced just about everybody the lightweight division could throw at him and he’s never backed down from a challenge. Unfortunately, Miller suffered a submission loss in his last fight so now he’s determined to earn his 19th career UFC win as he faces Ultimate Fighter veteran Jason Gonzalez, who comes into this fight seeking a second victory inside the Octagon. Gonzalez is 1-2 thus far in his young UFC career, but evening up his record with a veteran like Miller would be a huge feather in his cap.

Ultimate Fighter veteran and former Invicta FC champion Angela Hill will look to right the ship in her career while accepting a short notice opportunity against Jodie Esquibel this weekend. Hill is coming off a tough submission loss in her last fight, which was her third defeat in her past four fights. Now Hill will attempt to get back on track while facing Esquibel, who is still searching for her first UFC win after two hard fought losses in a row.

Ultimate Fighter winner Court McGee will look to build on his last win as he faces fellow Octagon veteran Dhiego Lima, who is coming off a stunning knockout win over Chad Laprise in his last fight. McGee has been a stalwart of the welterweight division for the past nine years and he’s still willing to face anybody the UFC throws at him. As for Lima, he looked extremely impressive in his last fight and he will attempt to get back-to-back victories in the UFC for the first time his career.