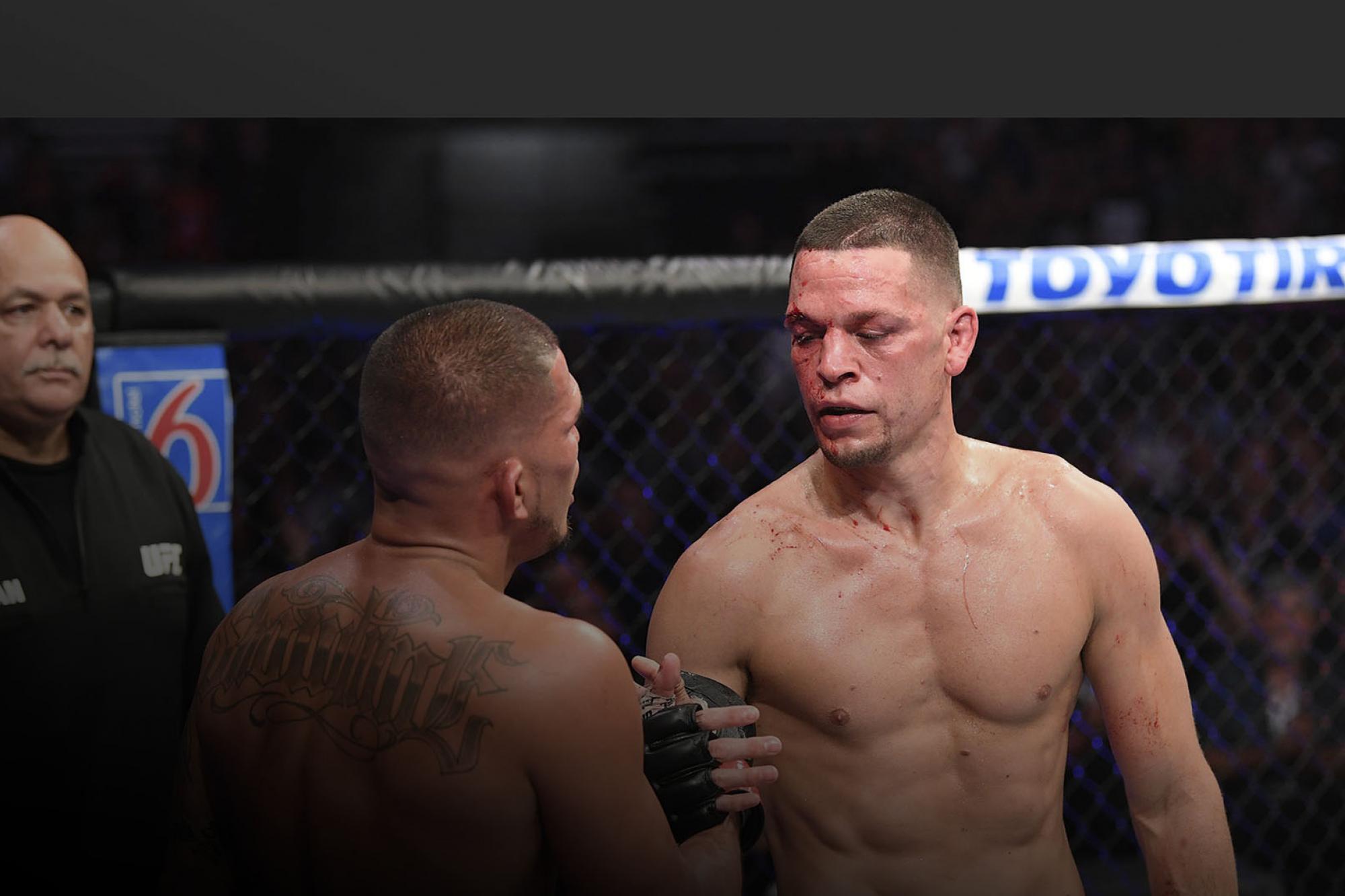 A Look At The Biggest Winners To Emerge From The Honda Center
By Thomas Gerbasi • Aug. 19, 2019

Saturday’s UFC 241 event is in the books, and now that the dust has settled in Anaheim, it’s time to go to the scorecard to see who the big winners were at Honda Center.

Surprise, surprise, surprise. Not really, because as soon as Stipe Miocic wrapped the UFC heavyweight title bout around his waist for the second time, it was clear that he was the big winner on a big UFC 241 card last weekend. And rightfully so, as he did what not many fighters are able to do, and that’s erase the memory of a knockout loss and then return the favor after more than a year away. And don’t chalk this up to Daniel Cormier all of a sudden getting old, because the 40-year-old was ahead on all three scorecards and looking sharper than ever with his striking when the end came. That end is a testament to Miocic’s resilience ability to switch up a game plan, as his body attack in the fourth round opened Cormier up for the punches upstairs that finished the fight. So what’s next? If Cormier opts against retirement, a rubber match would be the perfect way to close out 2019. If “DC” does walk off into the sunset, there’s this Francis Ngannou guy who wants another crack at Miocic.

Now if we’re really talking surprises, I’ll admit that I didn’t think Nate Diaz was going to look as good as he did in beating Anthony Pettis after a three-year layoff. Who does that? Apparently the pride of Stockton, California does, and after a complete effort in victory over a former world champion, if a bout with Jorge Masvidal is next, let’s see it as a main event so we get five rounds’ worth of old-school MMA.

Speaking of surpassing expectations, who really thought the middleweight bout between Paulo Costa and Yoel Romero was going to be as good as we hoped it would be? But it was, with both 185-pounders punishing the other over three rounds that had everyone on the edge of their seat with every haymaker. And though I know Costa wants the winner of the upcoming Robert Whittaker-Israel Adesanya title fight, “The Eraser” has probably earned a nice vacation first.

Khama Worthy has a name you immediately remember. And after Saturday’s win over Devonte Smith, you will remember him for more than his name. On less than a week’s notice, Worthy traveled from Pittsburgh, made weight and then knocked out one of the hottest prospects in the game in Devonte Smith. Yeah, we know who you are, “Death Star.”

As we approach the fall of 2019, it’s clear that this has been the year of the bantamweight in the UFC, and no one would agree with that notion more than Cory Sandhagen. With four months remaining, Sandhagen has already beaten Mario Bautista, John Lineker and Raphael Assuncao, going from prospect to contender to elite contender. So what does he do for an encore at the end of the year and in 2020? It’s going to be fun to find out.