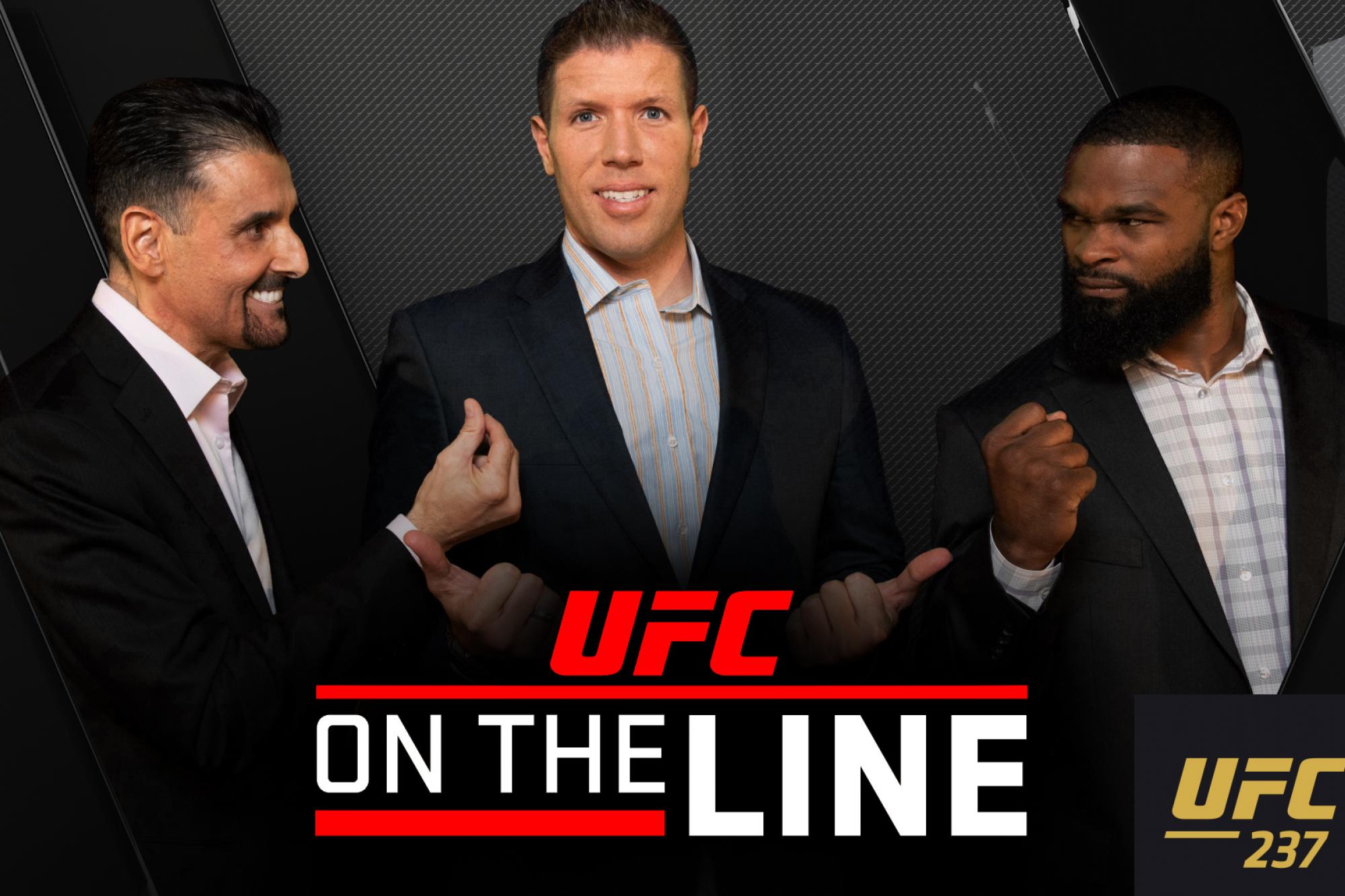 UFC 237 is around the corner and lines are tightening up which means the time to procrastinate your bets is quickly slipping away from you. That’s where we come in.
By Walker Van Wey • May. 10, 2019

Gianni “the Greek” Karalis is back with a new co-host and per the usual, a fatter wallet

UFC 236, Gianni came out ahead much to the surprise of nobody watching and was a Zelim Imadaev loss shy of nailing another big money parlay on fight night.

Shockingly, Karalis, who has made a living solely off gambling for the last 30 years has grown to numb to sports and betting altogether.

“I bet the entire NBA season every night,” Karalis said. “I bet the playoffs every night unless there’s no value on the board and I have not watched more than five minutes of an NBA game the entire season.”

Comparing his career to a formula that has grown dull over the years, The Greek says that the emergence and explosion of the UFC and the world of MMA has actually rejuvenated his love for the competition. With Karalis’ start spanning back decades, moving steam for wiseguys before offshore gambling was legal anywhere other than Las Vegas it seemed like a long shot to ever capture the love of gambling that he once felt.

“With the UFC, like this Saturday, my wife has already made plans,” Karalis said. “She knows I’m going to feel like that 20-year-old version of me that was betting more money than I could afford. Back when I would call and bet 500 bucks when I only had 20 in my pocket. That’s that feeling that I’ve been able to capture again. It sounds like a degenerate but deep down it’s why everyone bets.”

Karalis’s reborn love for betting is partially attributed to the action of the still budding sport but not entirely. It’s also due to his newfound role as an exclusive wise guy which has almost become a welcome new “promotion” in the world of betting. The work he used to study to make his bets for the nights is being written and passed off by The Greek himself.

“Now it’s like I actually get to handicap,” Karalis said “I actually get to choose the bets that I’m going to share on the show and for me that the most exciting part I feel like I have action again.”

All that glitters is not gold though in the life of a sharp in sports betting. In fact, the stress has risen to the point that now The Greek’s wellbeing, livelihood and even reputation rank second to him and his family.

“I feel more pressure for other people than I do for myself,” Karalis said. “Prior, it was just me. I won and lost, and my bankroll fluctuated but I dealt with the right people and we were pretty much assured we were going to win year in and year out. Now though it’s changed because I know a guy who worked all week for $500 is going to bet $100 because of my information. He’s betting 20% of his whole week’s work because of trust in my expertise.”

While the situation is a stressful one for anybody with a heart who knows he holds the financial well-being of people who trust him in his hand, the warming reality is that if it’s not him, it’s bound to be somebody else. People will gamble and lose regardless of whether or not The Greek is the reason for it. Now, with the introduction of new technology that literally gives sports bettors any statistic in seconds, it also gives them just as easy of access to squares with confident voices.

The formula at this point is simple. Every pick The Greek makes, whether win or lose, he documents. This year he’s already well over his expected income and even further ahead of the profit line.

It’s impossible to get The Greek in your back pocket for every bet you’d like to make but with UFC On The Line it takes only the amount of time per episode to find out if Karalis thinks the long layoff will have served Namajunas well, if Volkanovski is the real deal and who has been steamed.

If you’re out to make money it doesn’t get any easier. Tune in to UFC On The Line and make your bets. In a world of gambling, why wouldn’t you want as much information from the sharps as you can get? The choice is yours, but a safe bet is that as tight as the lines and matchups are for UFC 237, we’ll see Gianni The Greek back for UFC On The Line for UFC 238 with an even fatter wallet.

Catch UFC On The Line NOW on UFC FIGHT PASS!