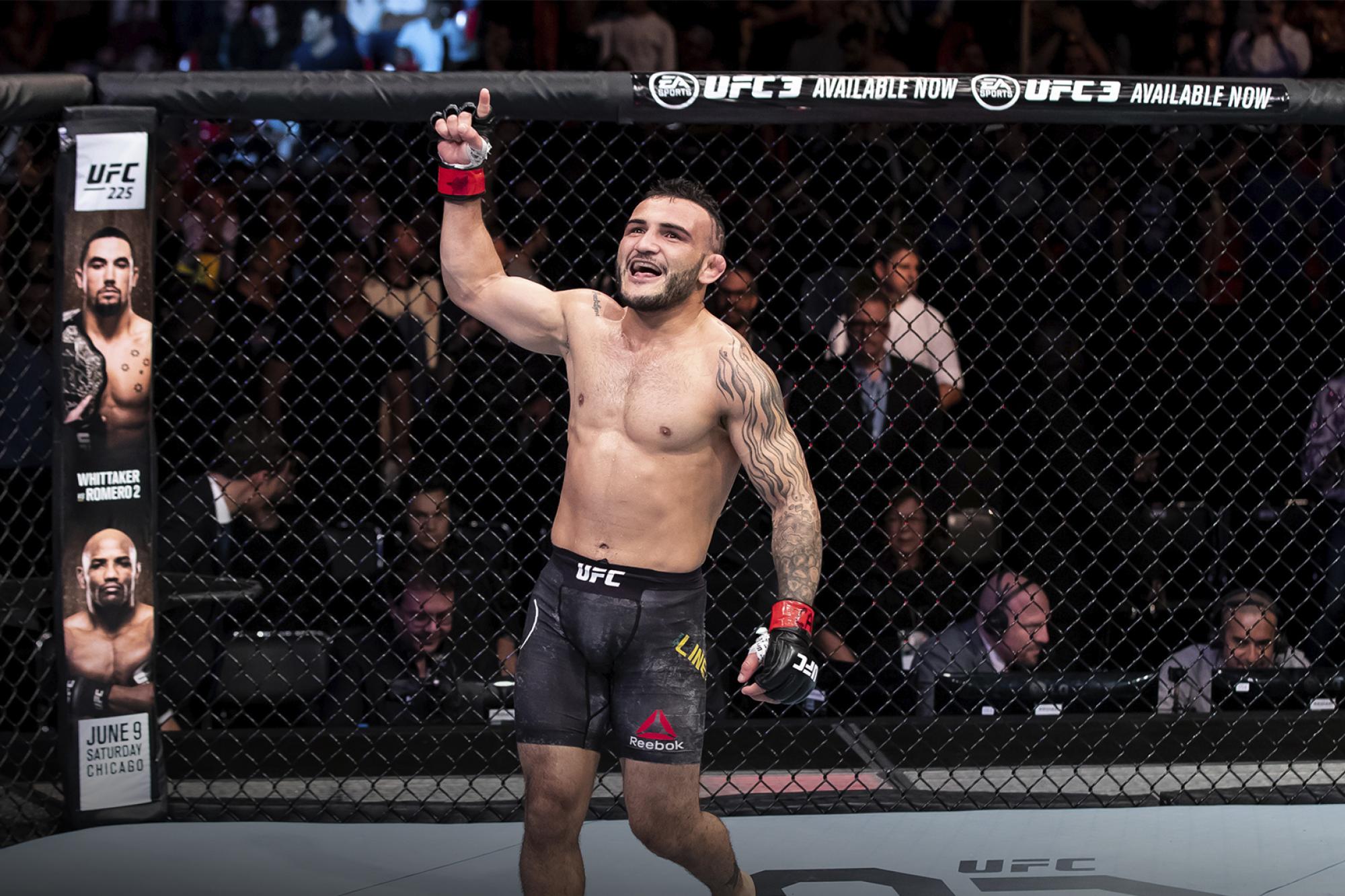 This Is The Year For John Lineker

Ranked eighth in the world at 135 pounds and winner of eight of his last nine bouts, John Lineker is in a good place as he approaches his Saturday bout with Cory Sandhagen.

That wasn’t exactly the situation nearly seven years ago when Lineker got his call from the UFC to join the roster and make his Octagon debut against Louis Gaudinot.

“It’s been that long?” laughed Lineker. “I was really young and didn’t understand things as well as I do now.”

Already 19-5 as a pro, Lineker had the experience and the 13-fight winning streak to warrant a spot in the UFC’s new flyweight division, but at 21 years old, he was still green and figuring out life and his career at the same time. So when he arrived in New Jersey for fight week back in 2012, he did so without his trainer, his cup or a mouthpiece.

“I didn’t have anything,” said Lineker. “I was sent up to fight like I was a FedEx package.”

Remarkably, Lineker still made a fight out of it with Gaudinot, and though he was submitted in the second round, the young “Hands of Stone” still picked up Fight of the Night honors and a ton of fans that were eager to see him in action again.

And whether at flyweight or bantamweight, Lineker has delivered the goods, winning 12 of his next 14 bouts and establishing himself as one of the best in the game. It’s a satisfying feeling for the Paranagua native, but he’s not resting on his laurels as he gets ready to face rising star Sandhagen, who he describes as a “very tough and worthy opponent.”

Check out John Lineker's Top 5 finishes ahead of his bout at UFC Fort Lauderdale.

If anything, Lineker enters the bout hungrier than ever considering that he’s been on the sidelines since his May 2018 knockout of Brian Kelleher. There was a scheduled bout with Dominick Cruz in January, but a Cruz injury scrapped that contest, and while Sandhagen was brought in for the Brooklyn bout, it was then Lineker who was forced out due to injury.

“It has been extremely frustrating, especially watching my opponents in action, moving themselves forward while I seem to be stuck.”

That’s nothing a swing of those hands of stone can’t cure, but even while out of action, the 28-year-old won over even more fans by his respectful exchanges with Cruz after their fight was scrapped. It was a reminder that as ferociously as these fighters compete against each other in the Octagon, there is a level of respect between them that can’t be truly understood unless you’ve made the walk.

“I think that respect is everything,” said Lineker. “I will never say or do something that my kids will be ashamed of later.”

With an example set outside the Octagon, now the Brazilian bomber prepares to go to work inside it, and with bantamweight perhaps the hottest division in the UFC these days, Lineker can’t wait to put his gloves on and mouthpiece in.

“I think that the suspension of TJ (Dillashaw) kind of unstuck the division,” he said. “There are so many good fighters and so many great fights to be made.”

Lineker plans to be a part of those fights.

“This will be my year,” he said. “It’s the year that I break out and go for that belt.”