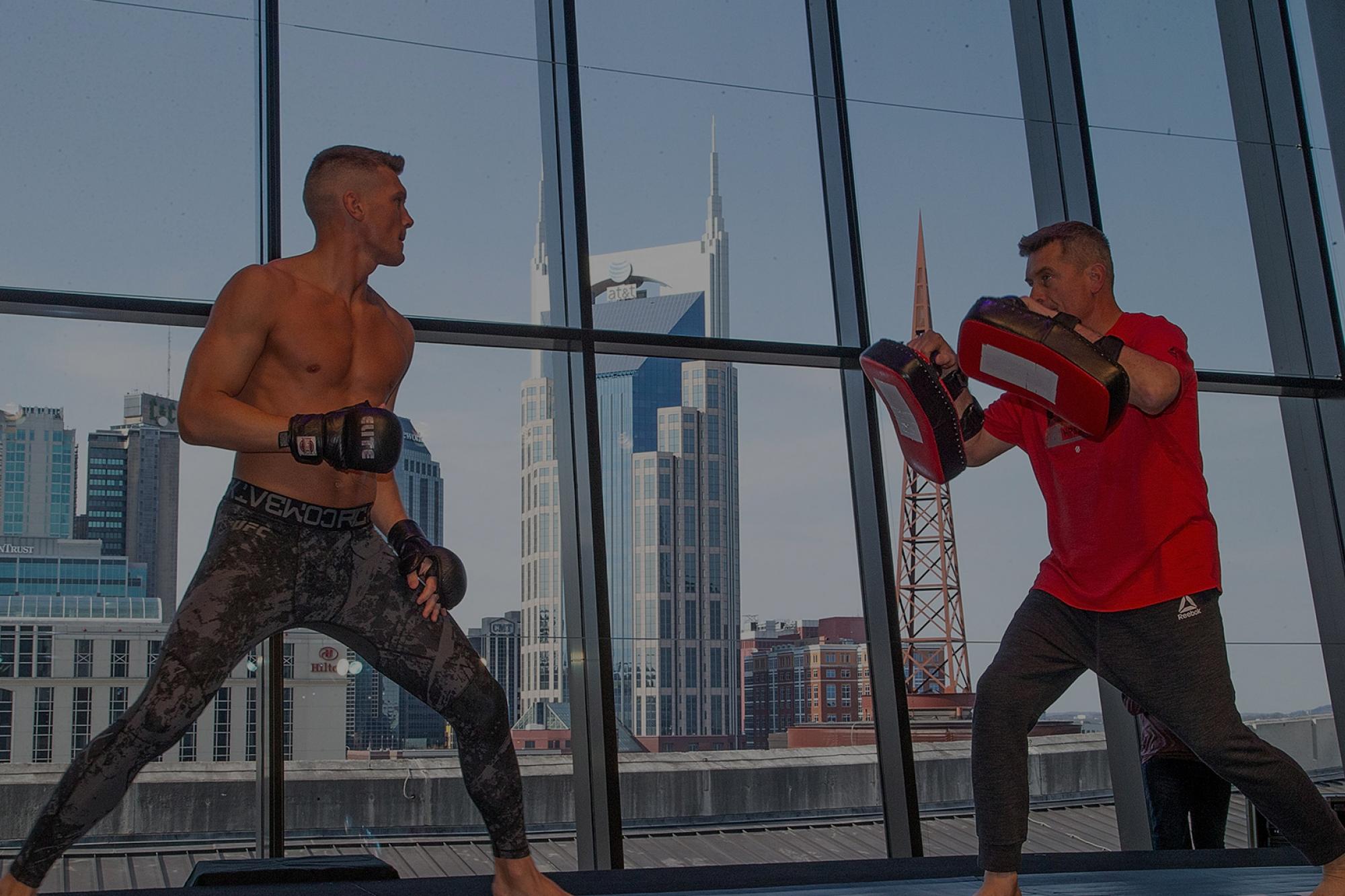 Despite two unsuccessful title challenges, Stephen Thompson still has his eyes set on the belt, and that quest starts with his fight with Anthony Pettis.
By Thomas Gerbasi • Mar. 22, 2019

Eager to get back in the race for a third crack at the welterweight title, Stephen Thompson was willing to fight anyone and everyone after he rehabbed a torn MCL in his knee following a May 2018 loss to Darren Till.

Robbie Lawler. Rafael Dos Anjos. Santiago Ponzinibbio. All killers, all on the hit list of “Wonderboy.” But instead, Thompson got a different, more surprising, offer.

“I was heading to Denver and I had my phone on airplane mode,” he said. “As soon as I got off the plane, I took it off airplane mode and my phone was blowing up. I saw that Anthony Pettis had called me out and I was like, ‘Wow, interesting.’ We were trying to fight Ponzinibbio at the time and that didn’t work out, so I wanted to keep myself busy and I think this is a really exciting fight and something the fans want to see. It’s two strikers going at it, and I’m really excited for this one.”

Anthony Pettis. Showtime. The guy who jumps off fences. And yes, we’re as excited as Thompson is. But will Saturday’s main event in Nashville live up to all our expectations?

“I really do believe it will,” Thompson said. “Even though he’s a former 155er, he’s fought at 170 before. He’s a veteran, he knows what he’s doing and I’m not gonna take him lightly. Right now, it’s being talked about as the taekwondo stylist versus the karate stylist, and we’re both gonna go out there and give it our all. We’ve got family and friends that are gonna be there watching and that pushes me to train as hard as I can to really put on a show for our fans.”

On paper, this is a matchup of two of the premier strikers in the sport, and ones who have no shortage of clips on their highlight reels. But this is a mixed martial arts bout, so while both combatants say they expect a standup battle, so many similar matchups have often turned into a wrestling match. So will Thompson or Pettis blink and start looking for takedowns? Pettis has gone on the record saying that he won’t be. But Thompson is ready for that possibility.

Watch Stephen Thompson talk to the media about his upcoming main event fight at UFC Nashville.

“I always keep that in the back of my mind,” he said. “I know every time I step into the Octagon with somebody, even if they say they’re gonna stand there and bang it out, eventually they’re gonna want to try and take me down. So wherever the fight goes, I’m gonna be ready for it. I always have been prepared for that just in case they try to get me down to the ground or if it does happen. Even though everybody’s thinking that this is gonna be a standup match, he could want to take me down, and I’ve got guys in the gym that are helping me get ready for that as well.”

That could be an annoying, but understandable, byproduct of being an elite striker, or it could be a compliment. Thompson, one of the nicest guys in all of sports, always sees the glass as half-full.

“It is a compliment,” he said. “It goes to show that I’m one of the best strikers in the UFC. But he (Pettis) could want to stand there and bang it out, and he could be the best striker I’ve faced in the UFC so far. And I really do think he’s probably the most familiar with my style just because he comes from a taekwondo background. Even though we have differences, there are some similarities to our styles as well, but out of everybody that I mentioned that I wanted to fight, Anthony Pettis will probably be the one that is most used to my style.”

Call me crazy, but I think we’re going to get what we want Saturday night. That would be music to the ears of Thompson, who now has a clearer path to another world title shot since the man he fought twice for the belt – Tyron Woodley – has been dethroned by Kamaru Usman. And the belt remains his primary focus.

“I’m 36 and I’ve got a small window to do what I want to do, and I’m not giving up on that title,” Thompson said. “I’ve still got my eyes on the prize, and up until then, give me the biggest fights possible.”