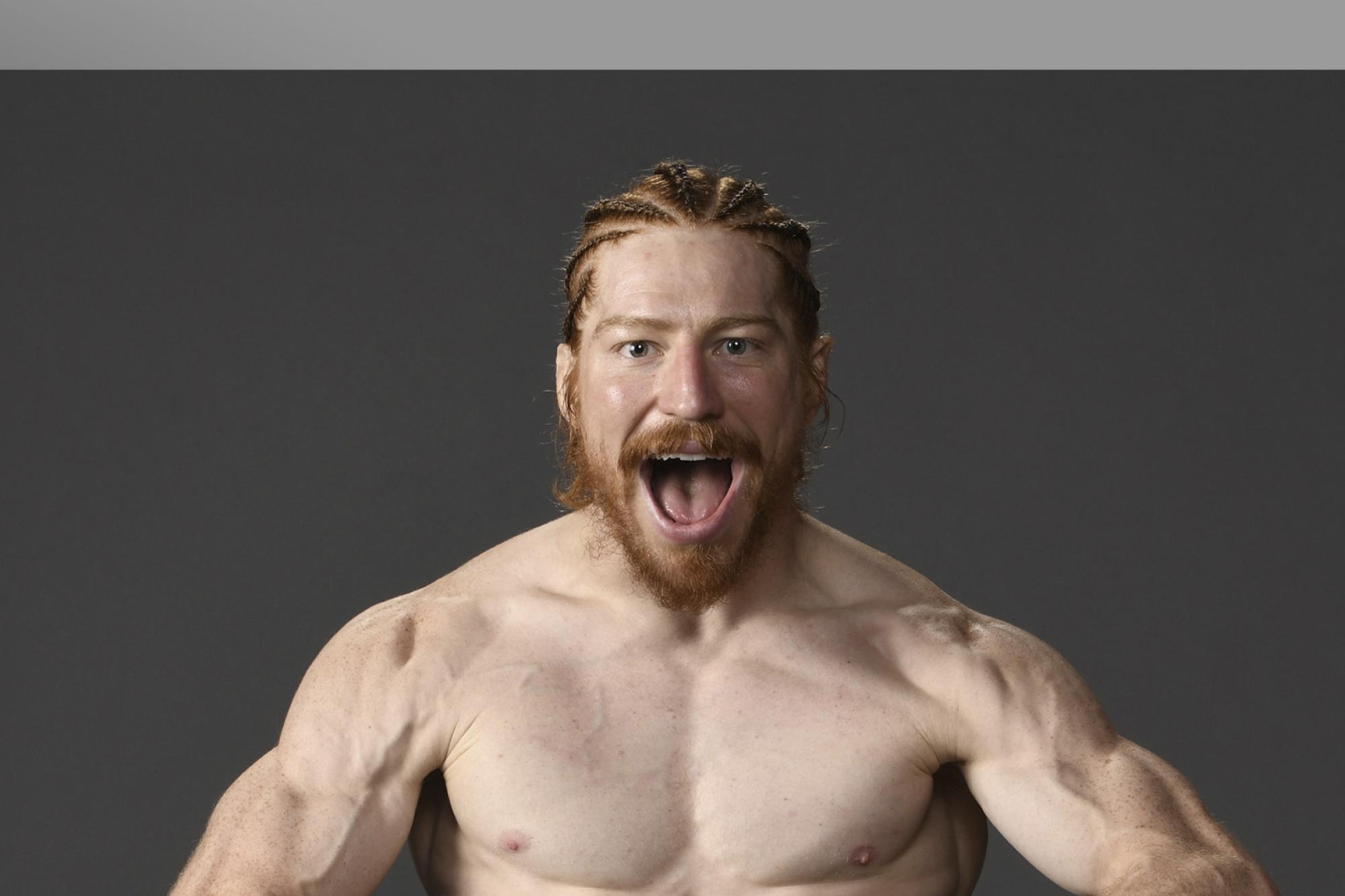 On The Rise: May 30th Edition

Make sure you know which fighters to have your eye on May 30th: Woodley vs Burns
By E. Spencer Kyte, on Twitter @SpencerKyte • May. 24, 2020

After running three events in eight days in Jacksonville, Florida, the UFC took a much-deserved week off to return home and reset before launching into another run of bringing mixed martial arts entertainment to the masses.

Business kicks off again this weekend with UFC Fight Night on May 30, featuring former welterweight champ Tyron Woodley against surging Brazilian Gilbert Burns in the main event of a card laced with competitive contests. While the main event certainly carries a great deal of intriguing and obvious divisional significance, it’s the abundance of emerging talents and compelling new arrivals scattered throughout the lineup that really makes this fight card pop.

Here is a closer look at three of those fighters in the latest edition of On the Rise.

Just two weeks after scoring a first-round stoppage win over Anthony Hernandez, the 27-year-old “Trailblazer” is back at it, stepping into the cage with streaking veteran Daniel Rodriguez.

Holland’s talent has never been in question — he faced quality competition on the regional circuit, including Rafael Lovato Jr., Curtis Millender, and current UFC welterweight contender Geoff Neal, and flashed potential in his Contender Series victory over Will Santiago Jr. and each of his first five Octagon appearances. He has good size, a diverse array of weapons and abilities inside the cage, and personality for days, all of which combined to put him on the radar as one to watch going forward.

If there had been one knock on Holland ahead of his bout with Hernandez in Jacksonville, it was that those flashes of potential had yet to turn into sustained periods of success, with many pointing to his penchant for jawing with his opponents before and during his bouts as one of key elements that took away from his efforts. Having a big personality and an eagerness to express yourself is a great way to help you gain traction with fans and separate yourself from the pack, but there were times where it seemed like Holland was more focused on talking to his opponents mid-fight than engaging. 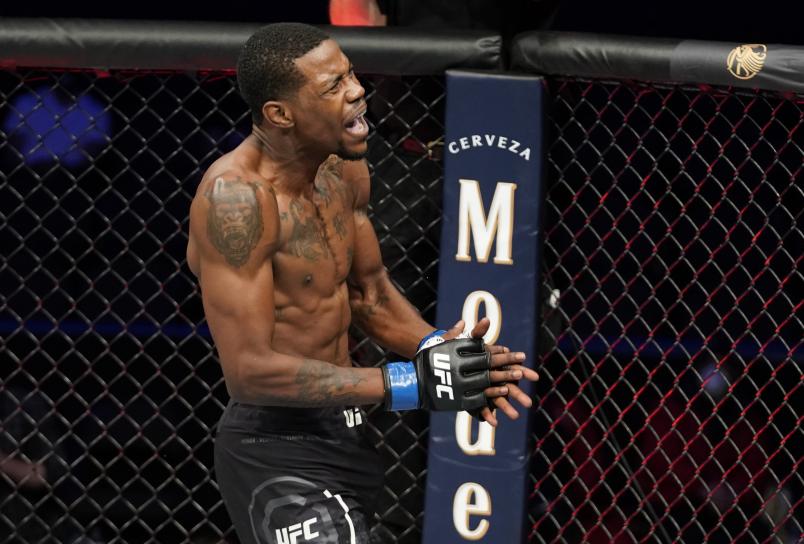 Kevin Holland celebrates after his knockout victory over Anthony Hernandez in their middleweight fight during the UFC Fight Night event at VyStar Veterans Memorial Arena on May 16, 2020 in Jacksonville, Florida. (Photo by Cooper Neill/Zuffa LLC via Getty

That was not the case against Hernandez.

After a walkout where the broadcast crew spoke extensively about his history of chattering throughout his bouts, Holland marched across the cage and took the fight to “Fluffy,” buckling him with a knee to the midsection and putting him away with a torrent of follow-up strikes. The whole thing lasted 39 seconds and the Texas native saved all his talking for his post-fight interview.

Now the active Travis Lutter disciple makes a quick return to the Octagon, racing back to work to take on the 33-year-old Rodriguez, who pushed his winning streak to seven with a second-round submission win over Tim Means in his short-notice promotional debut earlier this year.

Holland lobbied for a quick turnaround following his victory over Hernandez and now he gets it, with a chance to build some serious momentum heading into the second half of 2020.

The latest member of the Factory X team to join the UFC ranks, Royval gets the opportunity to make an instant impression in the flyweight division as he steps in against former title challenger Tim Elliott in his promotional debut this weekend.

Royval has spent his last eight fights competing under the Legacy Fighting Alliance (LFA) banner, posting a 7-2 record with the promotion, capped by first-round submission wins over UFC vet Joby Sanchez and regional stalwart Nate Williams last year, both of which were main event assignments.

Factory X has emerged over the last couple years as one of the top teams in the sport, with the Marc Montoya-led outfit graduating Ian Heinisch and Devonte Smith into the Octagon through the Contender Series, and helping Royval and teammate Youssef Zalal reach the UFC cage via successful regional circuit runs. Now the talented newcomer has a chance to make an immediate splash in his new surroundings as he steps in with the always entertaining, always dangerous Elliott on Saturday night.

Three-and-a-half years after challenging Demetrious Johnson for the flyweight title, Elliott is still searching for consistency inside the Octagon, having posted a 2-4 record in his past six starts while also enduring an extended stay on the sidelines due to a knee injury. That being said, the Las Vegas-based veteran has consistently faced quality competition and is never an easy out, which is why this is such a compelling debut assignment for Royval.

With the flyweight division still in a state of flux, a victory over an established name like Elliott could elevate Royval into the thick of the chase in the 125-pound weight class after just a single fight, creating an opportunity for an expedited climb up the rankings. Given that possibility, expect the newcomer to look his best come Saturday night.

As a long-time professional wrestling fan dating back to the territory days, I have to admit that the first time I heard the name Spike Carlyle and learned that his nickname was “The Alpha Ginger,” the image that immediately popped into my head was that of a redheaded “enhancement talent” working in the Carolinas or Georgia who was about to get whooped on by Dusty Rhodes, Harley Race, or whatever up-and-comer had just blown into town.

But after watching his promotional debut against Aalon Cruz earlier this year, I can confirm that Carlyle is that latest new arrival with a promising future inside the cage.

The 27-year-old pushed his professional record to 9-1 with a first-round stoppage win over Cruz at the end of February, stinging the Contender Series alum with short elbows along the fence before landing in full mount and finishing him off with “Donkey Kong” ground-and-pound like his coach, retired UFC middleweight veteran Mark Munoz. 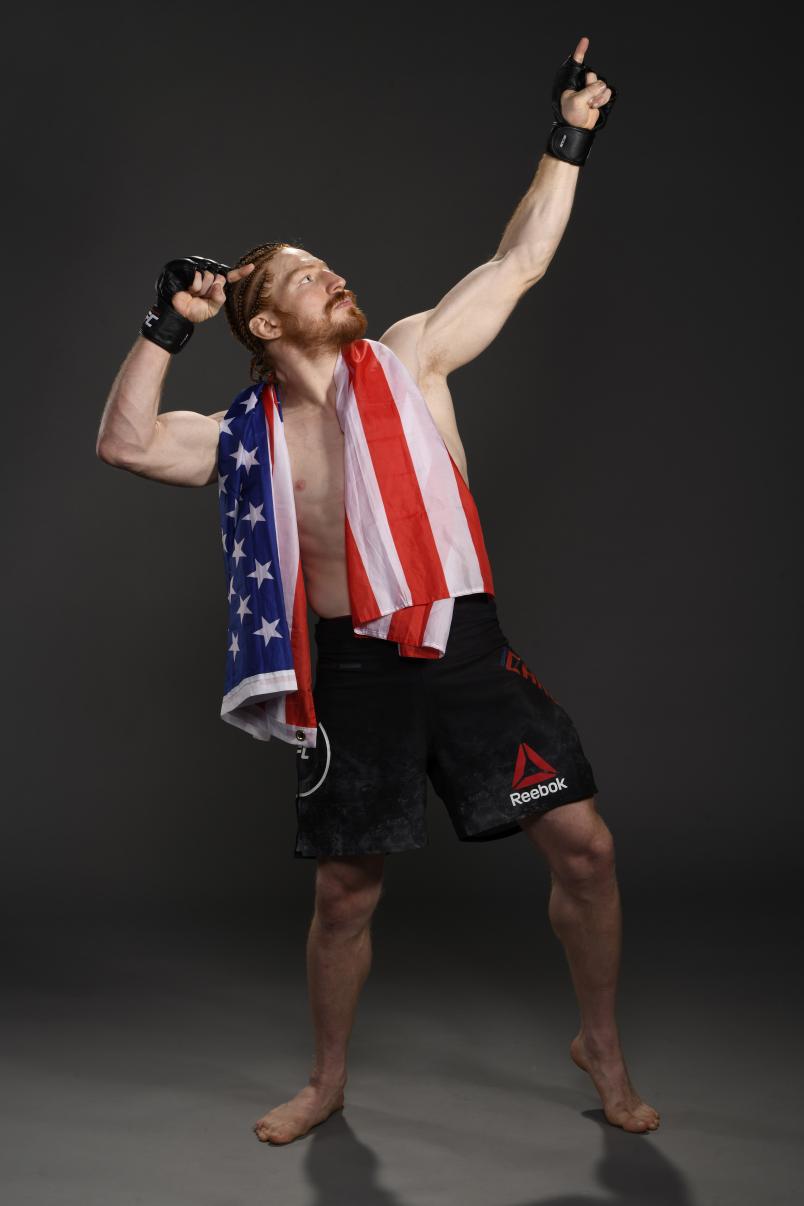 Now Carlyle is set to make his sophomore appearance in the Octagon against Ultimate Fighter and Contender Series alum Billy Quarantillo. A cast member on Season 22 of the long-running reality TV competition, “Billy Q” has gone 7-1 since his time on Team Faber, pushing his winning streak to six with a victory over Jacob Kilburn late last year.

The featherweight division where the two usually fight (this bout is being fought at a catchweight of 150 pounds) is flush with talent, and the competition to climb the ladder has never been more fierce, which ups the ante for every hopeful crossing the threshold into the UFC cage as business picks back up. While not the most high profile matchup, make no mistake about it — this is an outstanding pairing between two talented, promising new additions to the roster, and if Carlyle can collect another quick, impressive finish, he’ll position himself for another step up in competition later this year.