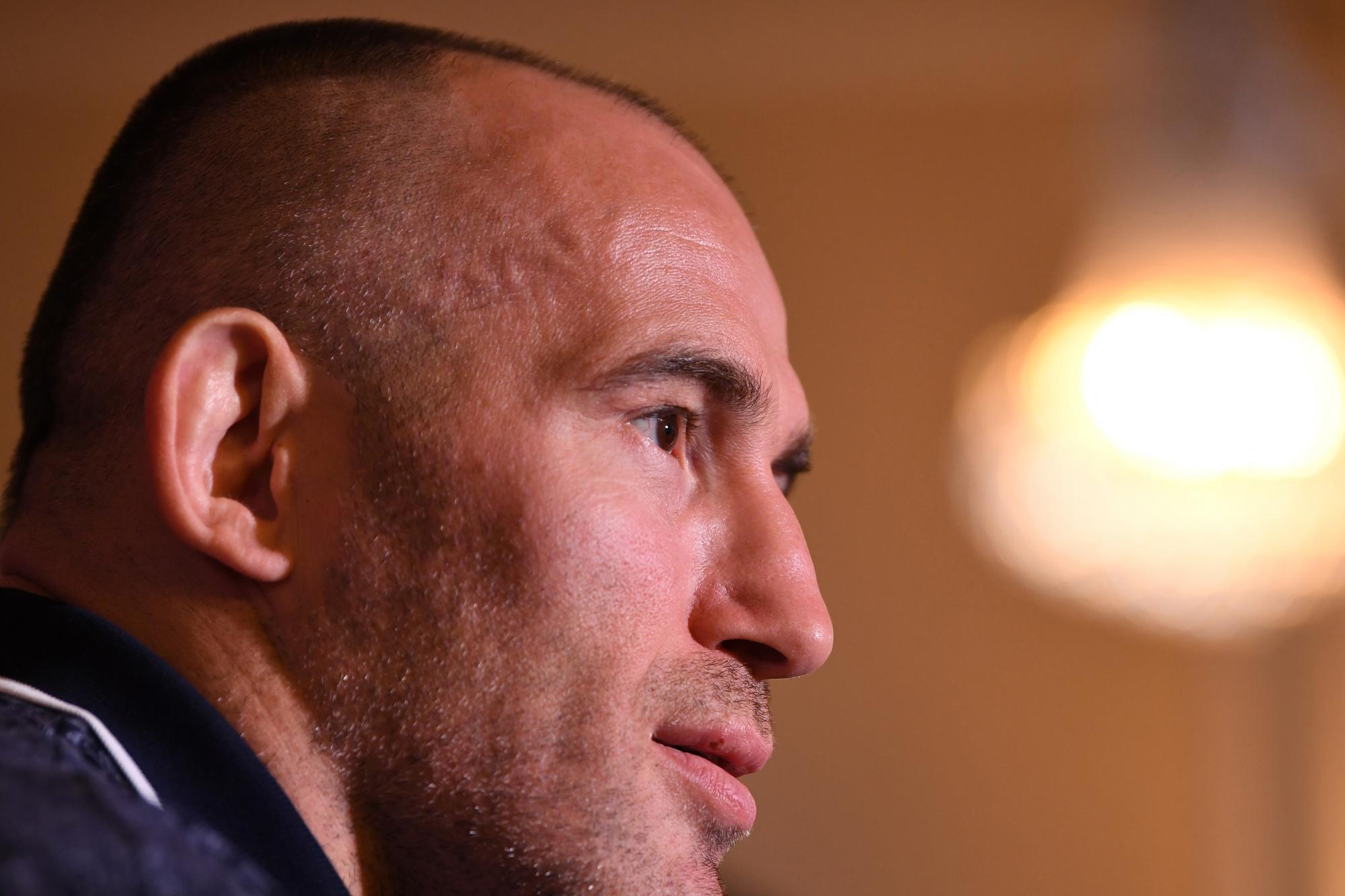 “This would be the biggest victory of my career,” he added. “I have worked with my coaches and training partners on a game plan for this fight and I’m sure Alistair has thought about his game plan a long time too."
By E. Spencer Kyte • Apr. 19, 2019

Last September, the UFC made its first trip to Russia, bringing a 12-fight card to the Olympic Stadium in Moscow, with heavyweight Aleksei Oleinik garnering his first main event assignment since signing with the company.

A veteran of more than 60 professional bouts, “The Boa Constrictor” had headlined events in Russia in the past, but getting the opportunity to do so on the biggest stage in the sport, on a historic card in Moscow, against a legend like Mark Hunt, meant a great deal to the 41-year-old fighter.

And Oleinik delivered on fight night.

After joking with reporters about being unable to use his signature Ezekiel choke on “The Super Samoan” because, as Oleinik put it, “(Hunt) has no neck,” the Russian grappling ace found an alternate submission that worked against Hunt, as he took his back and forced him to tap out to a rear naked choke in the waning moments of the opening round. It was a triumphant moment for Oleinik; the biggest win of his UFC career and one that pushed his record to 6-2 inside the Octagon.

Despite being a specialist in an era of generalists and the elder statesman in the UFC heavyweight division, Oleinik had managed to emerge as an unexpected dark horse contender and beating Hunt seemed like a sure-fire ticket to a marquee assignment whenever he kicked off his 2019 campaign.

Check out the Top 5 finishes from Aleksei Oleinik's UFC career.

Instead, Oleinik was paired off with Walt Harris in a bout that was scheduled to take place in Ottawa, Ontario, Canada next month. While the Canadian capital is lovely in the spring and Harris is a tough out, the matchup wouldn’t really move Oleinik further up the heavyweight ladder.

As fate would have it, the fight gods has other plans for him.

With the UFC just a few weeks away from making its second trip to Russia, Oleinik was tabbed to face Alistair Overeem in the main event of this weekend’s inaugural fight card in Saint Petersburg, stepping in for Alexander Volkov.

“I have very little time for preparation, but a proposal like this doesn’t come around very often,” Oleinik said regarding the late change in plans.  “I am honored that the UFC offered me this opportunity because it means the UFC thinks of me as one of the more experienced and best fighters in Russia.

Saturday’s main event is an intriguing matchup on a number of levels.

First and foremost, it’s a clash between two of the most experienced fighters competing at the highest level in the sport today, and both men will reach appearance milestones when they make the walk into the cage this weekend at Yubileyny Sports Palace as Saturday’s contest will be the 90th fight in Overeem’s lengthy combat sports career and the 70th professional fight of Oleinik’s career.

But in addition to being a testament to their longevity, it’s also a clash between Top 10 fighters in the wide open UFC heavyweight division, and as unlikely as it may seem, the winner will put themselves in the thick of the title chase heading into the second half of the year.

Lastly, Saturday’s main event is a stylistic throwback — the kind of vintage “Striker vs. Grappler” battle the UFC was founded on — and when you put it all together, it makes for a really intriguing way to wrap up what is sure to be an entertaining night of action in Saint Petersburg.

“We’re both very experienced fighters, Alistair and I,” said Oleinik, who carries a two-fight winning streak with consecutive Performance of the Night bonuses into this weekend’s headlining tilt. “He’s very experienced in his sports, mostly K-1, mostly striking. Me, I’m more experienced in wrestling and grappling and this is a classic match — wrestler and striker — which is usually very interesting for fans and everyone who watches MMA.”

For the longest time, Oleinik happily fought whoever was put in front of him and more often than not, he emerged victorious, usually thanks to one of any number of unconventional submissions in his arsenal.

But now that he’s competing on the biggest stage in the sport and in the midst of the best stretch of his UFC career, the 41-year-old wants to test himself against the biggest names and the best fighters possible.

Although it took a little intervention from the fight gods, he’s once again getting that opportunity this weekend and he’s not taking it for granted.

“There was a little disappointment,” he said of his initial pairing with Harris. “When the UFC offered me this fight, I took it with pleasure because I want to fight with the most dangerous fighters.

“This would be the biggest victory of my career,” he added. “I have worked with my coaches and training partners on a game plan for this fight and I’m sure Alistair has thought about his game plan a long time too.

“He knows about my favorite choke and will have worked on defenses for this choke, but I will try. I will try.

“I will try to do everything I can to defeat Alistair Overeem.”