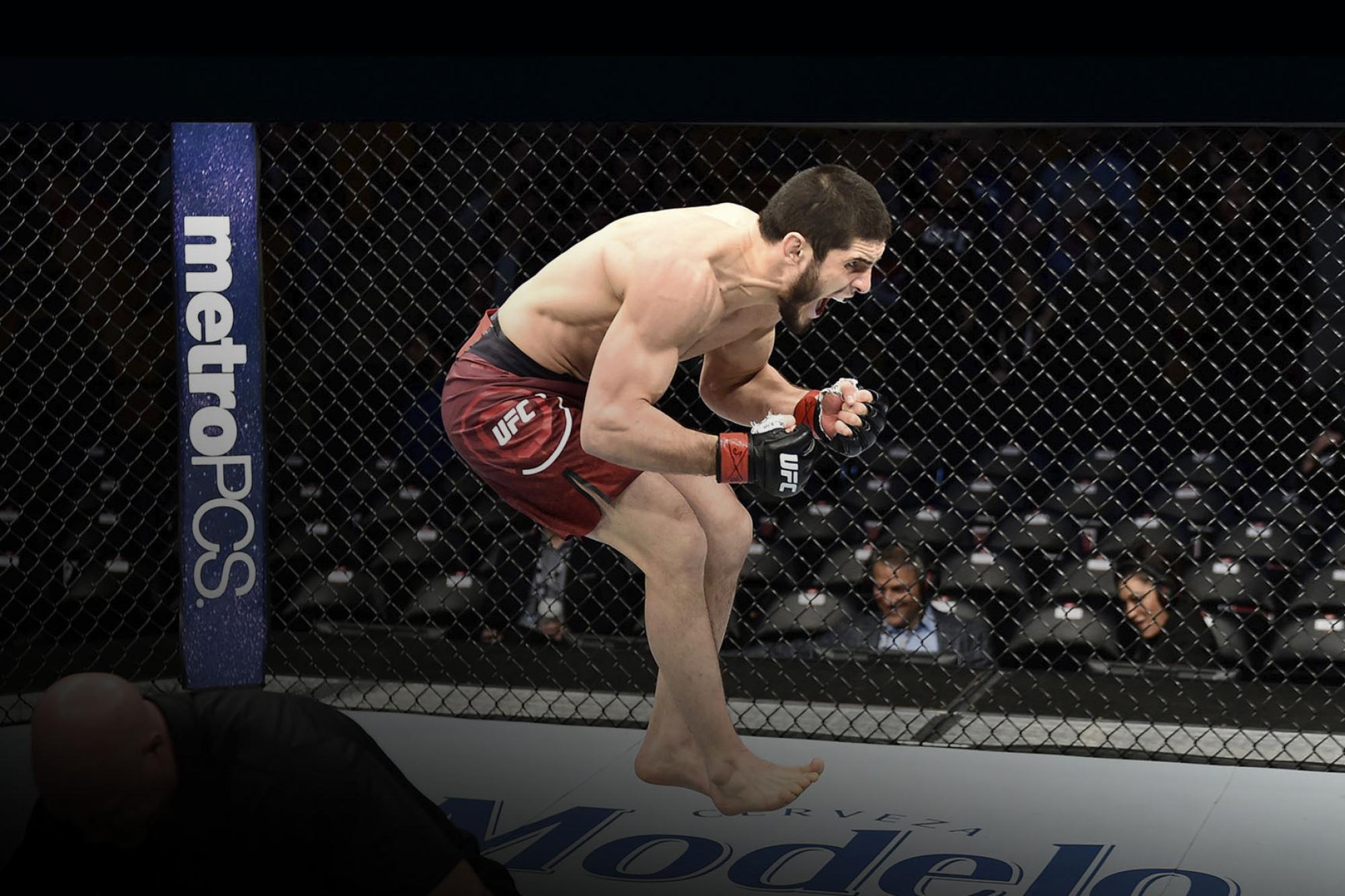 “Fight camp was awesome. For this fight, I was training in Dagestan so I have had more than enough to prepare myself,” Makhachev said ahead of his showdown against UFC newcomer Arman Tsarukyan this Saturday from Russia.
By E. Spencer Kyte • Apr. 17, 2019

Currently riding a four-fight win streak in the UFC, Islam Makhachev could easily be knocking on the door for a top 15 ranking, but that’s the last thing on his mind ahead of his next outing at UFC Fight Night from Saint Petersburg, Russia.

The 27-year old lightweight prospect would obviously love the opportunity to get into the rankings and face the best competition in the world, but right now he’s just happy to be fighting at home again.

As a native of Dagestan, Makhachev has fought in Russia many times, including his last fight before signing with the UFC in 2015.

Now he’s back and Makhachev admits that there’s nothing quite like training and then fighting at home in Russia.

“Fight camp was awesome. For this fight, I was training in Dagestan so I have had more than enough to prepare myself,” Makhachev said ahead of his showdown against UFC newcomer Arman Tsarukyan this Saturday from Russia.

“I'm very excited to fight again in Russia. The main reason is because if I’m fighting abroad, for example in the United States, I would train for the fight there as well. So I would need to be far for home at least for two to three months. That's a little difficult for me.”

#UFCStPetersburg Is An ESPN+ Exclusive | Get Signed Up Now! 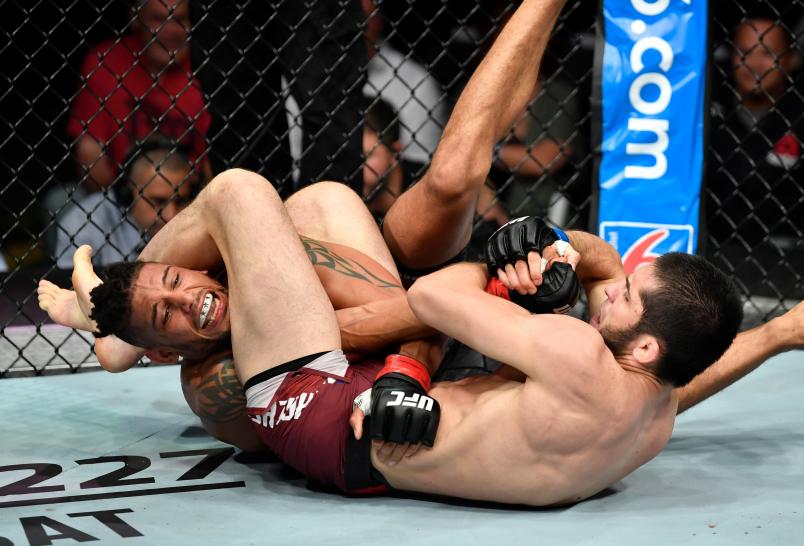 Because the lightweight division is regarded as arguably the toughest and deepest in the entire sport, it’s not easy to win back-to-back fights, much less as many as four in a row.

Most recently, Makhachev has ratcheted up his performances with a pair of impressive finishes, including a knockout against Gleison Tibau and a submission win over Kajan Johnson in his most recent fight.

Rather than focusing on what he’s done in the past, however, Makhachev is just focused on the future, and as nice as four wins in a row might be, he’ll be much happier after getting a fifth this weekend.

“I wouldn't classify it as an ‘incredible’ win streak because there are fighters in my division with way longer win streaks,” Makhachev said. “After I will get a fifth win in a row, then we can talk about incredible. It's all about God’s plan, hard work and dedication.”

Even when it comes to those rankings in the lightweight division, Makhachev isn’t spending too much time getting lost in the numbers.

In a perfect world, he’ll begin his climb up the top 15 by the end of this year, but he also understands it’s not easy to get ranked fighters to step into the Octagon with him right now.

“I wouldn't say that I'm the most avoided fighter. It’s hard to get an opponent from the top 15 because guys don't want to take the risk,” Makhachev stated. “If you will lose to someone out of the top ratings you will take his spot.

“So No. 4 would fight No. 7, for example, because even if he is going to lose, he will move only three positions down.”

As frustrating as that might be for most fighters, Makhachev just rolls with the punches and faces whoever the UFC puts in front of him. 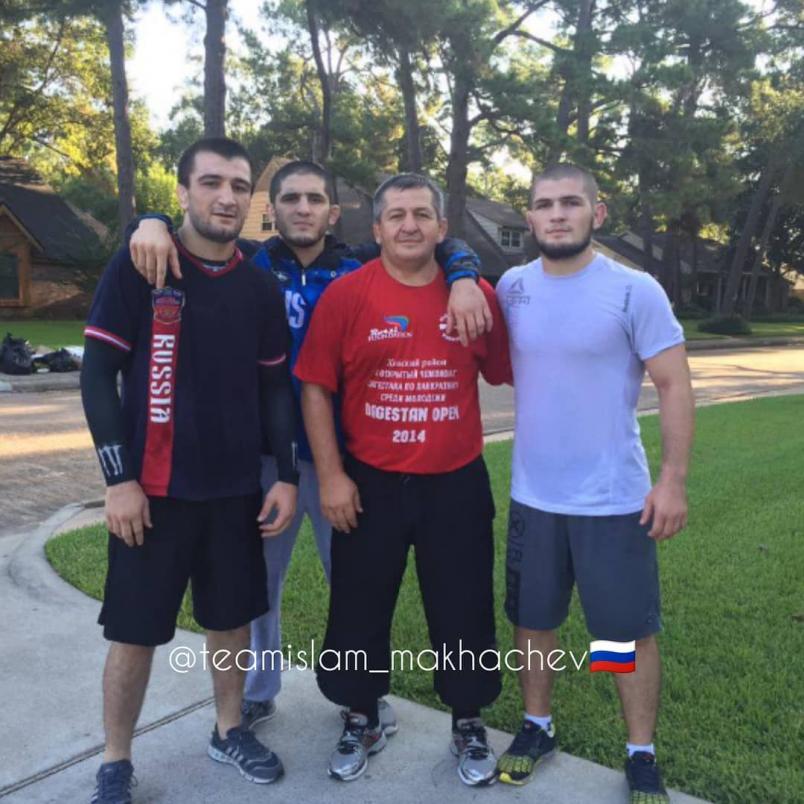 Islam Makhachev and his team via his Instagram @teamislam_makhachev

MORE UFC Saint Petersburg: Fight by Fight Preview | Tsarukyan: "I'm Not An Underdog" | On the Rise

This weekend he draws a newcomer in Tsarukyan, who joins the UFC roster with a 13-1 record, including 12 straight wins. Tsarukyan comes from a freestyle wrestling background and he’s pulled off some dominant wins lately, including knockouts in two of his last three wins.

“He is young, hungry, a tough guy. That's all I can say,” Makhachev said about his opponent. “I saw a couple of his fights. I didn't see anything that might surprise me. He is just a tough guy.

“He is young, but an experienced fighter. He might be nervous a little not because of me just because that’s his first fight in the best organization. That’s the moment when you will reveal if you are on the world level.”

When it comes to predicting how this fight will play out, Makhachev prefers not to call his shot but, more than anything else, he just wants to ensure that the Russian fans enjoy his performance.

“I don't want to predict the fight result but I will do everything to get the win,” Makhachev said. “This fight is important for me because I want to put on a show for my people.”

If all goes well in Russia and Makhachev is able to notch his fifth straight win, he just wants to stay busy more than anything else, but tackling those rankings would be an added bonus.

“I want to fight three to four times per year,” Makhachev said. “But honestly, it's up to the UFC. The organization decides how often you will fight. I'm always ready to fight as much as I can.

“I hope to stay at least in the top 15 and I would like to fight two more times this year.”