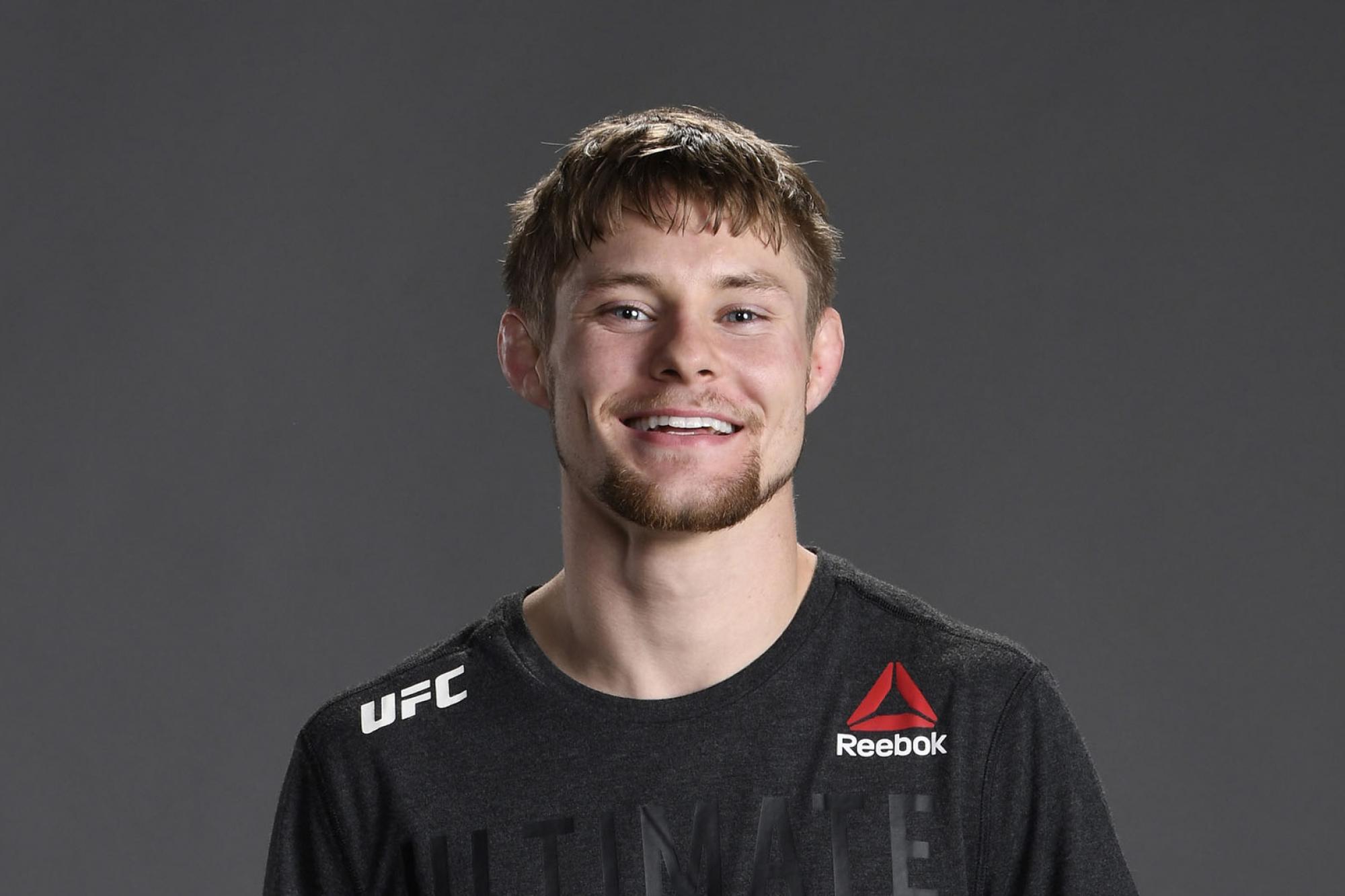 More Than A Pair Of Shorts For Bryce Mitchell

Rising Featherweight Committed To Representing His Arkansas Roots In The Octagon
By Steve Latrell, on Twitter: @TheUFSteve • Oct. 29, 2020

“I grew some jalapenos, some tomatoes and some okra, and I’m telling you: it was money. Jalapenos every day. Tomatoes went great, and the okra? It’s awesome.  I’m growing more of them next year.”

Bryce Mitchell has been answering the typical battery of fight week questions, but his eyes light up when asked about his Arkansas garden. It’s a newer endeavor, but clearly one he feels strongly about.

“It’s kind of like fighting…or really everything: I’m just going to keep getting better and better at it and keep working at it. My garden next year is gonna kick this garden’s ass.”

I’m reasonably sure that’s the first vegetable analogy I’ve heard in regards to MMA, but it all makes some kind of weird sense when you speak to Mitchell. Get better at the things you love, and then kick some ass.

It’s his first love, MMA, that has him in Las Vegas this week. Touted by none other than Dana White as the most exciting featherweight in the division, he finds himself in the co-main event facing Andre Fili on Anderson Silva’s UFC sendoff. He’s touched to share the stage with a legend but doesn’t seem to buy into his own buzz.

“At the end of the day, I’m just gonna fight no matter where they put me on the card. I have no preference, it’s just wherever they tell me to go, that’s what I’m gonna do.”

“I’m not nothing special. I’m pretty much the same as when I started. I haven’t tried to get no attention or anything.”

He may not have tried, but he sure succeeded in getting attention. And plenty would argue that he’s special. Four UFC fights, four UFC wins, and one of the only twister finishes in the sport’s history punctuating one of the most dangerous ground games in recent memory.

It’s an impressive résumé no matter how you calculate it, but it’s Mitchell’s rustic charm that has seemed to catch the imagination of fight fans worldwide. First introduced to large audiences on The Ultimate Fighter 27, Mitchell’s embodiment of the rural country lifestyle and plainspoken style continue to earn him admirers.

Case in point: Mitchell’s appearance in a local used car dealer ad. It’s not often that local commercials go viral for the right reasons, but his spot in Searcy, AR’s Drive on Time Motors consumed social media and had Dana White proclaiming “This is the greatest commercial EVER made.”

He may well be right, but “Thug Nasty” seems unaware of the attention it’s receiving. His manager handles all of his social media.

“We put humor in it to get people’s attention, and I think that it worked, because people that wasn’t even wanting a car were watching just because they thought it was funny. And that was the whole aim of it - just to get people watching.”

People certainly watched, and anyone who has been watching until now knows that there’s just one thing Mitchell has been asking for, and it’s not big name fights or pay-per-view points. It’s something much simpler: camouflage fighting shorts.

It may seem like a simple enough ask, but the UFC and Reebok’s uniform rules are clear and stringent. Even superstars like Jon Jones and Conor McGregor have to follow the guidelines. Still, after repeating the request following each win, the boss made it happen. When he faces Fili on Saturday, he’ll finally get to don his long-desired fight kit.

“It’s pretty awesome, man, getting these shorts. I just thank everyone that made it happen. Thank you, Dana. Thank you, RealTree. Thank ya’ll so much. It’s a dream come true. It’s an honor to represent where I’m from, because that’s what the shorts mean to me.”

Mitchell’s voice almost chokes up. For him, it represents far more than personal style.

“The reason I wanted those shorts is because they meant a lot to me whether I’m fighting in the co-main of the UFC or fighting in a parking lot. I want to wear camo shorts because I like it and it represents me and my family and the people I love and care about.”

In essence, he’ll be flying the flag of his supporters back home, a representation not only of his beloved region, but the family values it instilled in him and informs him in every moment.

“A lot of people have said that they like how I carry myself, and I like that they like that, you know? I’ve never tried to put on an act. You won’t see me calling none of these fighters bad fighters because I just don’t believe that they are. Everybody that I’ve fought is a good fighter, and these are some tough challenges for me. I’m planning to keep winning and fighting to the best of my ability.”

In Fili, he’ll certainly be facing another good fighter, a UFC veteran looking to make his run to the elite.

“I think Andre is world-class. He has never been dominated in a fight. Even when he’s fought some of the best people, he was in there fighting them. It wasn’t easy for nobody. He’s no pushover. I just don’t like how he talks a lot of s--- about me. That’s what makes me mad. I don’t know nothing about him other than I think he’s a good fighter. I’m gonna go in there and give him hell.

“I’m really not worried about who’s watching or who has more Instagram followers, what people have to say…none of that. I show up and I fight to the best of my ability, because that’s all I can control. I can’t control if people like me. I hope that they do, but I’m not going to say this or do that to try to make people like me. I just try to be myself and hopefully people do like that.”