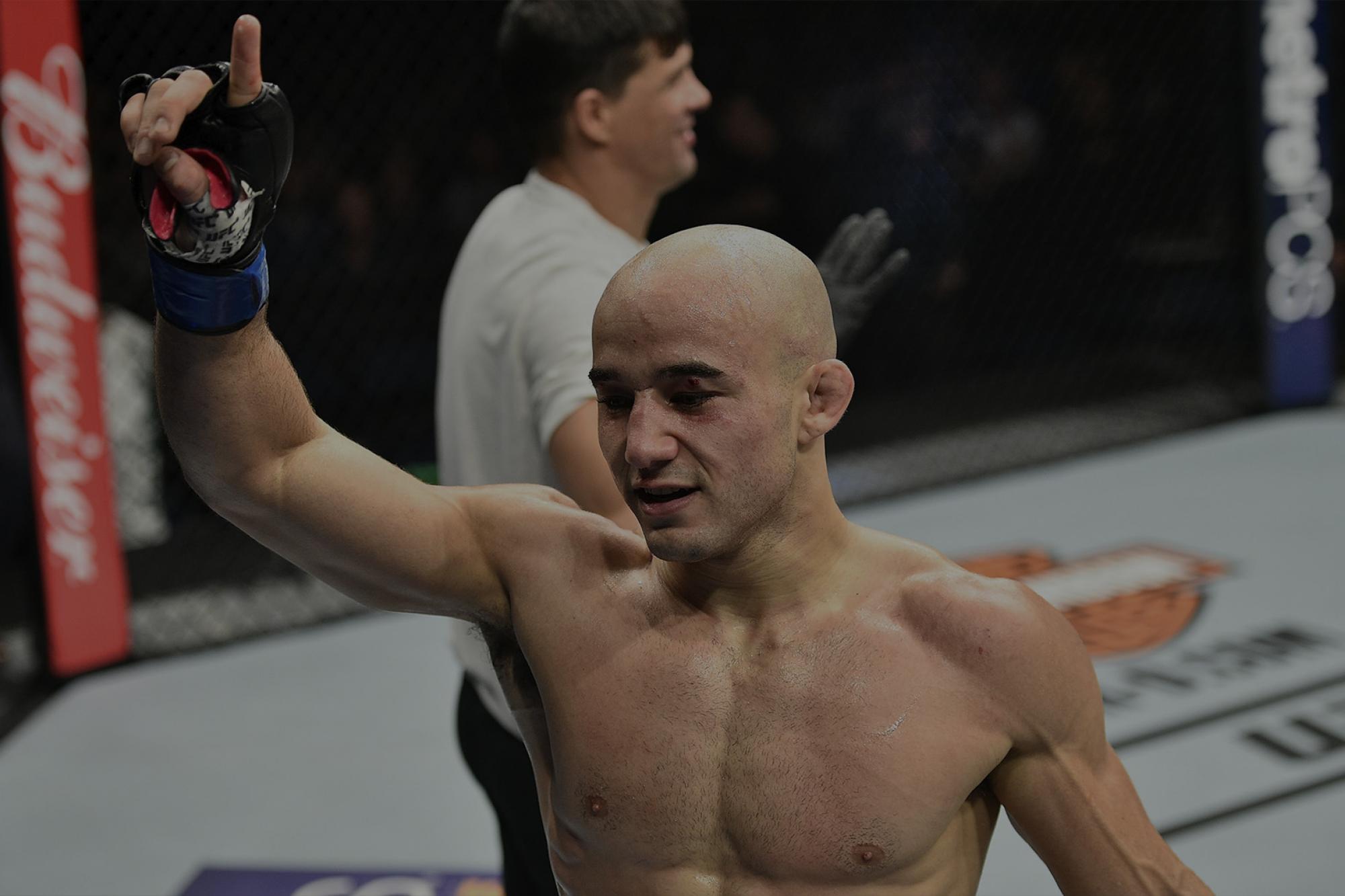 Moraes Feeling Better Than Ever

"I was asking to fight anybody and I think this made me stronger. I feel ready and I’ve never felt like this before.”
By E. Spencer Kyte • Jan. 31, 2019

Following his 33-second knockout win over Jimmie Rivera in the main event of the UFC’s debut in Utica, New York last summer, Marlon Moraes was ready to go again.

After dropping a split decision to Raphael Assuncao in his promotional debut a year earlier, the former World Series of Fighting bantamweight champion had rattled off three straight wins over Top 10 opponents, stopping the last two — Rivera and Aljamain Sterling — in 100 seconds combined and he was eager to keep his momentum going.

Now that he’s set to return, the Brazilian contender admits the time off has only made him stronger.

“I wasn’t expecting to be that long out of the cage, but one thing I can tell you is that I got better,” said Moraes, who squares off with Assuncao in a highly anticipated rematch of their June 2017 encounter in the main event of the UFC’s return to Fortaleza, Brazil this weekend. “I wasn’t home watching TV, playing video games, going to the beach; I was in the gym training, getting better for the last eight months.

“I was sparring, training, asking for fights,” he added. “I was asking to go up to 145 and take some Top 15 guy. I was asking to fight anybody and I think this made me stronger. I feel ready and I’ve never felt like this before.”

Following an undefeated 11-fight run under the WSOF banner, which included five successful title defenses, Moraes’ arrival in the UFC was one of the most anticipated debuts in quite some time, and pairing him off with perennial contender Assuncao offered an instant opportunity to see where the promotional newcomer fit within the talent-rich bantamweight ranks.

The bout, which served as the final preliminary card matchup at UFC 212 in Rio de Janeiro, was a back-and-forth, 15-minute affair where both men had their moments and everyone agreed that sorting out the 10s and nines was going to be difficult.

In the end, Assuncao emerged with a narrow victory, but Moraes more than showed he was ready to hang with the best the bantamweight division had to offer.

Now, eight months after his last appearance and 20 months after their first encounter, the duo will square off for a second time and Moraes couldn’t be more excited.

Take a look into how top UFC bantamweight Marlon Moraes prepares for his fights.

“On paper, I lost,” Moraes said of their first meeting, which truly could have gone either way. “I’m a competitor, I grew up in sports and I hate to lose. Nothing is better than the opportunity to run it back and I’m ready to run it back my way.

When the pairing was first announced, many forecasted that the winner of Saturday night’s main event would be the next in line to challenge for the bantamweight title, as Assuncao and Moraes are currently ranked third and fourth respectively in the divisional rankings, trailing only former titleholders Cody Garbrandt and Dominick Cruz, neither of whom are in the championship mix at the moment.

But flyweight champ Henry Cejudo walloping reigning bantamweight titleholder TJ Dillashaw a couple weeks ago on the UFC’s first card of 2019 complicated matters, and heading into this weekend’s headlining fight, no one is sure how things will shake out in the 135-pound weight class going forward.

Not that the 30-year-old contender cares either way.

“I really don’t care about that fight; I care about my fight,” Moraes said of the Cejudo-Dillashaw clash that closed out the UFC’s debut on ESPN+ at Barclays Center. “I have a tough fight, a tough opponent and I’m ready to go out there and show to everyone who is the best 135er in the world.

“This last fight, I think TJ let down the ‘35ers a little bit and now I get the opportunity to go in there and show one more time who is the best.”

And after coming away on the wrong side of the results in an ultra-close contest the first time he faced Assuncao, Moraes has no intention of letting this weekend’s rematch end with the same uncertainty.

“You guys have never seen me as prepared as I am right now,” offered Moraes. “I’ve never felt like this before. I don’t want to give you my game plan and what I’m going to do in the cage, but one thing I can guarantee is when that fight is finished, you guys won’t have any doubt who won.