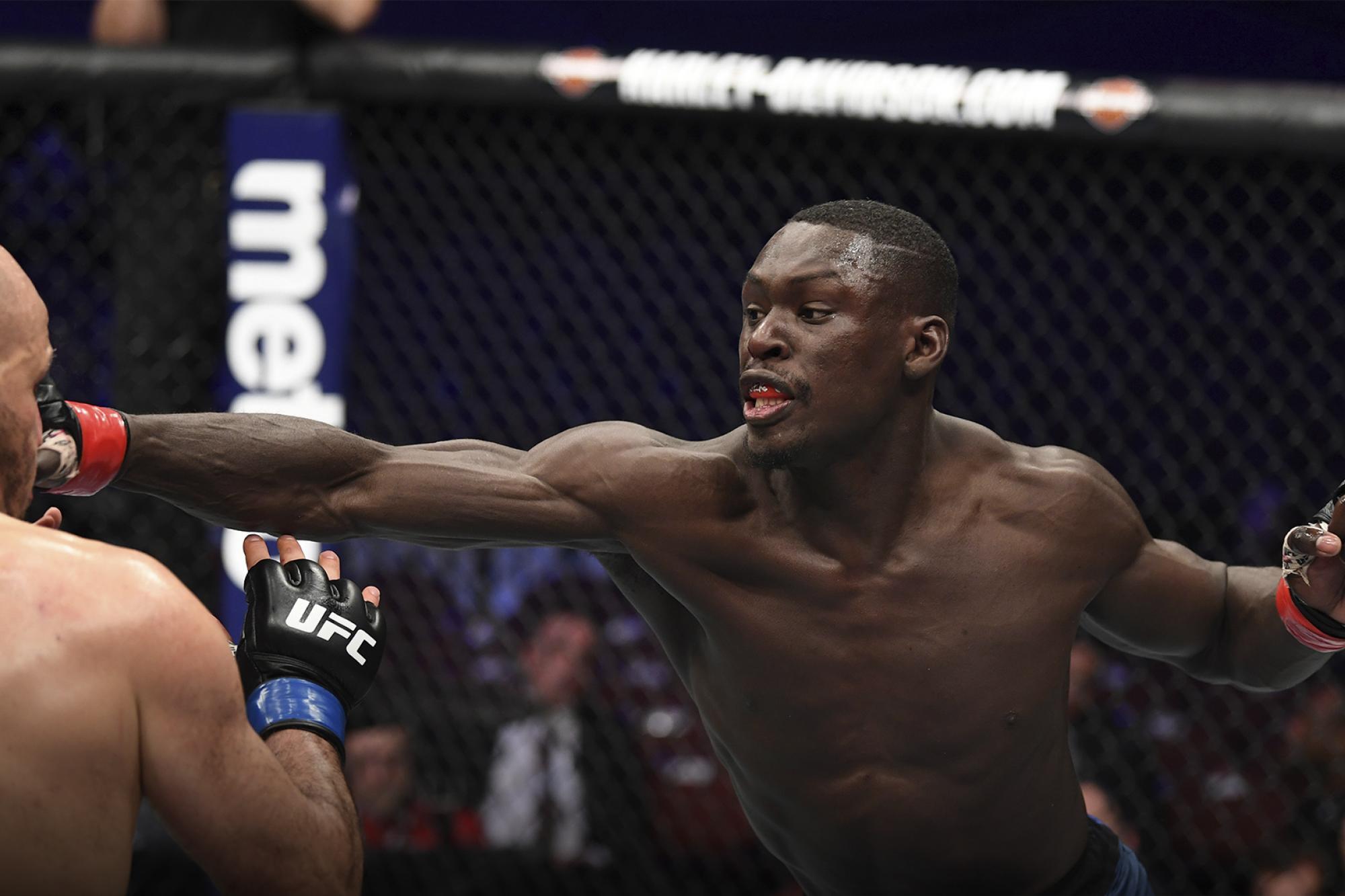 Millender On A Mission

“I’ve got to let everybody know in the division it’s not going to be easy like that. It’s not. You’re going to have a problem every time you fight me."
By Damon Martin • Apr. 9, 2019

Curtis Millender will make no excuses for a shocking loss suffered to Elizeu Zaleski dos Santos in his last appearance in early March.

The fight ended in quick fashion, with Zaleski dos Santos wrapping up a rear-naked choke submission at just over two minutes into the opening round. It was a tough pill to swallow, especially considering it stopped Millender’s nine-fight win streak, one that included three straight victories in the UFC.

“It’s only been two weeks since I watched the full fight,” Millender said when reflecting on the loss. “The very first time [I watched], my initial reaction was I was embarrassed. Then after that, I just need to make sure that doesn’t happen again.

Originally, Millender had intended on fighting in March and then taking off a few months to enjoy part of the summer, but he just couldn’t allow himself to sit on a defeat for that long.

So Millender had his manager reach out to the matchmakers to inquire about a quick return to action and that’s when he received the offer to face Belal Muhammad at UFC 236 this Saturday night in Atlanta.

“Originally I was going to take time off and just work on getting better but I feel I can be a better competitor and be more motivated to get better coming off a win than coming off a loss,” Millender explained. “So getting back in there was very big for me.

“I’m really big on my confidence and that’s very important to me. So anything that can help me build back that confidence, I’m all about doing.”

According to the 31-year old veteran, he had actually named Muhammad as one of the opponents he most wanted to face after making his debut last February with a win against former title contender Thiago Alves.

Millender had nothing against Muhammad other than rating him as exactly the kind of challenge he wanted so that he could eventually tackle the fighters in the top 15 rankings. 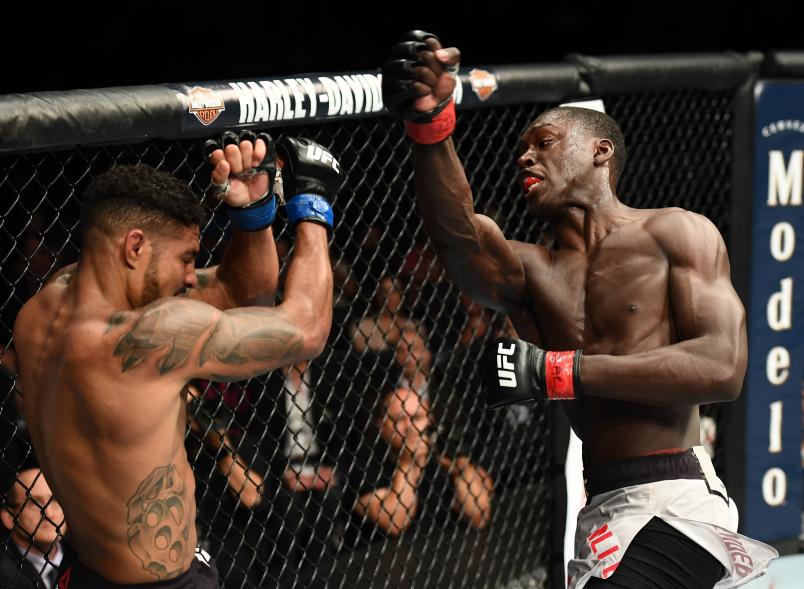 “I want to say around the same time after my debut, they asked me who I would like to fight and Muhammad was on the list,” Millender stated. “I’m very happy that I’m getting this fight. It’s perfect to get it so I can get back in the win column.

“When I debuted, he was on a winning streak so I wanted to fight guys on winning streaks, guys who I thought were going to be names in the division just so I could build my resume. He’s tough. He’s talented, not on the same talent level as me, but I know it will be a fun fight. I can showcase my skills.”

If there was another attractive benefit to this particular matchup, it would be Muhammad’s style, where he’s shown strong wrestling and a grappling base that could give anybody at welterweight problems.

That spoke specifically to Millender after he suffered a submission loss in his last fight.

On Episode 1 of UFC 236 Embedded, featherweight champion Max Holloway puts the pedal to the metal at a Porsche development track. Middleweight title contender Kelvin Gastelum takes on his final week of camp and visits the beach with family. At the gym, lightweight title contender Dustin Poirier puts in work alongside coach Mike Brown, teammate Thiago Alves and his daughter Parker. UFC 236 Embedded is an all-access, behind-the-scenes video blog leading up to the two title fights taking place Saturday, April 13th on Pay-Per-View, available on ESPN Plus.

As much as Millender considers himself a very well-rounded mixed martial artist, he knows that the fighters at welterweight are going to attempt to feast on a perceived weakness after falling to a grappler in his most recent performance.

It’s why Millender ran towards a fight against somebody like Muhammad rather than asking for a more favorable matchup coming off a loss.

“Those are the fights I need right now. I go out there and I stop him from getting the takedown and trying to grind the win out, that just goes to show I’m working. I’m doing the things I need to do to get back on track. Like I said, build that fear back in the division,” Millender said.

“At this point, at this level, there’s no more easy fights. Everybody in the division, whether it’s a striker or not, they’re going to want to take me down. That’s the path they see. I’m just going to have to show them that path has some speed bumps and some mountains and some potholes. Your car is gonna get [expletive] up when you drive down this road.”

Millender also hopes that getting a fast turnaround to fight at UFC 236 will allow him to start another win streak.

In his mind, he knows he’s still an elite welterweight capable of facing and defeating the best of the best at 170 pounds, but now Millender needs to send a reminder to anybody questioning him after his most recent fight.

“It’s definitely a step back but it’s not going to keep me back,” Millender said. “I’m not rattled. I’m not scared. I’m still ready to fight anybody in that top 10, top five. I say it all the time, the only man that scares me is my dad, so everybody else is screwed. I know what I need to do. My team knows what I need to do. My friends and family are behind me supporting me, getting me ready to get back out there.”

More than anything, the fight against Muhammad on Saturday night allows Millender the opportunity to bounce back from defeat because he will be the first to admit, that’s not a role he has ever enjoyed playing.

“I’ve got to wipe the bad taste of losing off. I don’t wear losing very well,” Millender said with a laugh. “That’s what I have to do. I know the task at hand. Now I just have to execute.”