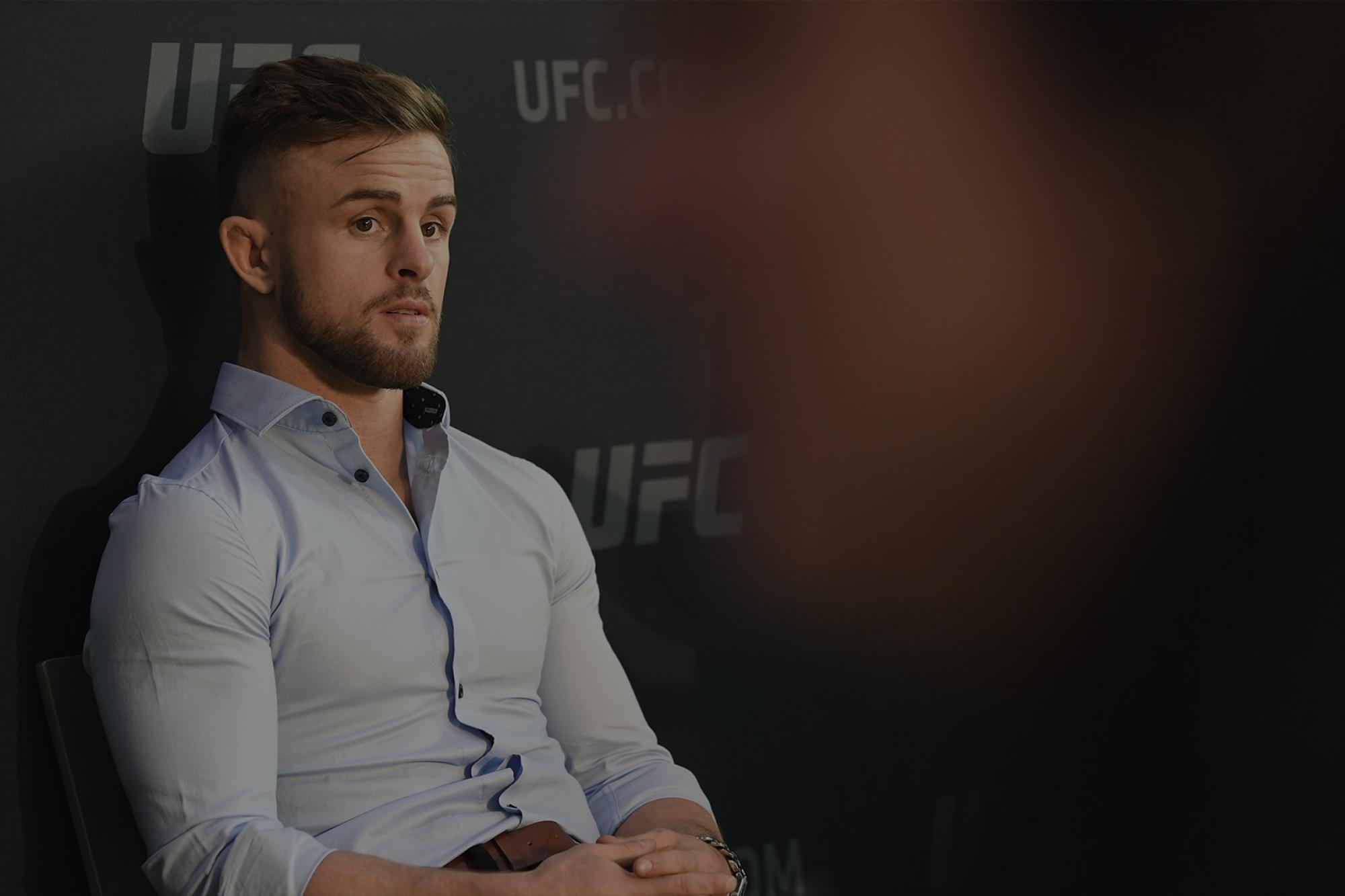 "And after watching that fight, it reassured what I already knew and that was yes, I absolutely have what it takes to compete with the top five in the division and I think I’ll be a guy to contend for the belt someday."
By Thomas Gerbasi • Mar. 1, 2019

Everything was perfect. Cody Stamann had a great training camp for his September 2018 bout against Aljamain Sterling, he was confident that he was going to leave Dallas with a victory, and after making weight, all he had to do was show up on fight night and get the job done.

“In my head, going into that fight there was no question that I was gonna win,” he said. But after the weigh-ins, Stamann decided to visit the local Brazilian steakhouse.

“I absolutely pounded food,” recalled the Michigan native. “I ate until I was sick.”

Young Mr. Stamann apparently didn’t know that he could go between green and red on his coaster.

Obviously, the next day was a little rough for “The Spartan,” and by the time round two rolled around, he was a shell of the fighter he was on Friday morning.

“I kind of shot myself in the foot and my body just wasn’t responding,” Stamann said. “That first round I went out there, I felt great. The second round I started to fade and I didn’t have the energy. As an athlete, I made mistakes in that fight, but more than the mistakes, it was my gas tank that really let me down. I was a Ferrari that ran out of gas. And Sterling being a veteran and one of the best in the world, he took full advantage of it.” 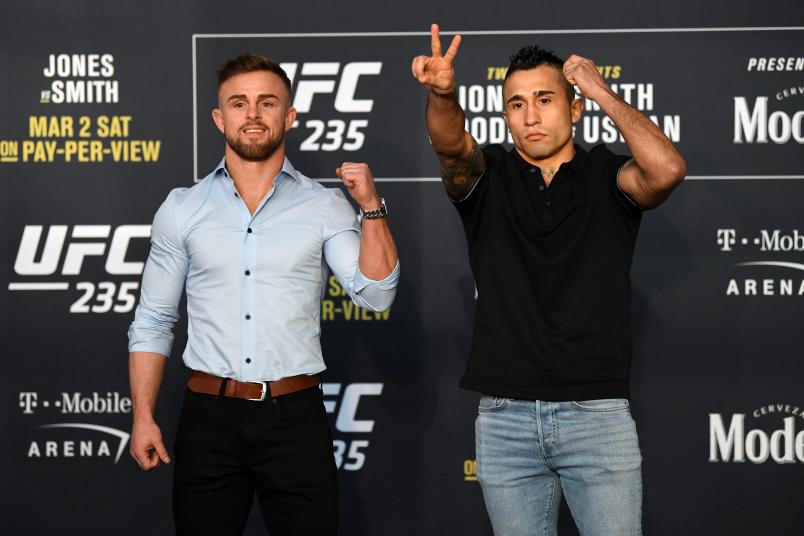 Sterling submitted Stamann in the second round, snapping the 29-year-old’s 10-fight winning streak and handing him his first Octagon defeat. Forced back to the drawing board as 2018 closed, Stamann was waiting for a call for his next fight when Song Yadong was forced to withdraw from his UFC 235 bout against Alejandro Perez.

“I found out that Alejandro Perez needed an opponent and he’s a guy I’ve been wanting to fight for a while now anyways,” he said. “He’s a ranked opponent, someone I was familiar with, I asked where the fight was at, they said Vegas and I said, ‘Yep, send me the contract.’”

Las Vegas has become a second home and a good luck charm, as it’s been the site of all three of Stamann’s UFC wins. And as another little piece of trivia, all four (now five) of his UFC bouts have been on pay-per-view events.

“Sorry, I only do pay-per-views,” he laughs, but there is something to be said for being around the big fight atmosphere that comes along with the numbered events.

“The media is different, the amount of fans that are there, there’s definitely a different energy when it’s a pay-per-view show,” he said. “The atmosphere is completely different when we’re talking pay-per-view in comparison to a Fight Night.”

And at this point, it’s almost second nature for him to be in the eye of the hurricane.

“It’s a good distraction,” Stamann said. “You’ve got to cut weight, you’ve got a fight coming up, and it’s nice to have that as a distraction. I’m entertaining myself by doing these interviews and talking about the fight. It doesn’t really get me emotional either way, and I do enjoy it.”

“When his name popped up, there was really no hesitation for me,” he said of Perez. “I wasn’t looking at his notoriety or anything else. What the stage was that I was fighting him on and the number next to his name, those were the things I was looking at. I don’t really care who Perez has beat; I don’t really think he’s fought anyone on my level. I know so many guys say that, but it’s the truth. I’m fighting guys that are the staples in the bantamweight division and everyone knows who they are. I don’t think Perez is one of those guys. Maybe someday he will be, but it will be after he has a comeback fight after getting his ass whupped by me.”

It’s obvious that Stamann’s confidence wasn’t dented by his first loss since 2014. In fact, watching Sterling beat Jimmie Rivera last month cemented his feelings that he’s on the right track to the top of the division.

“That fight (Sterling-Rivera) gives me a lot of confidence,” he said. “Anytime you lose to somebody, there’s that doubt that creeps into your mind, especially with how good I felt going into that. Do I have what it takes to be the best? And after watching that fight, it reassured what I already knew and that was yes, I absolutely have what it takes to compete with the top five in the division and I think I’ll be a guy to contend for the belt someday. I really believe it and I wouldn’t put myself through this misery leading up to a fight if I didn’t believe that I could be one of the best guys on the planet. I have more work to do, I’ve got to get better and I will.”