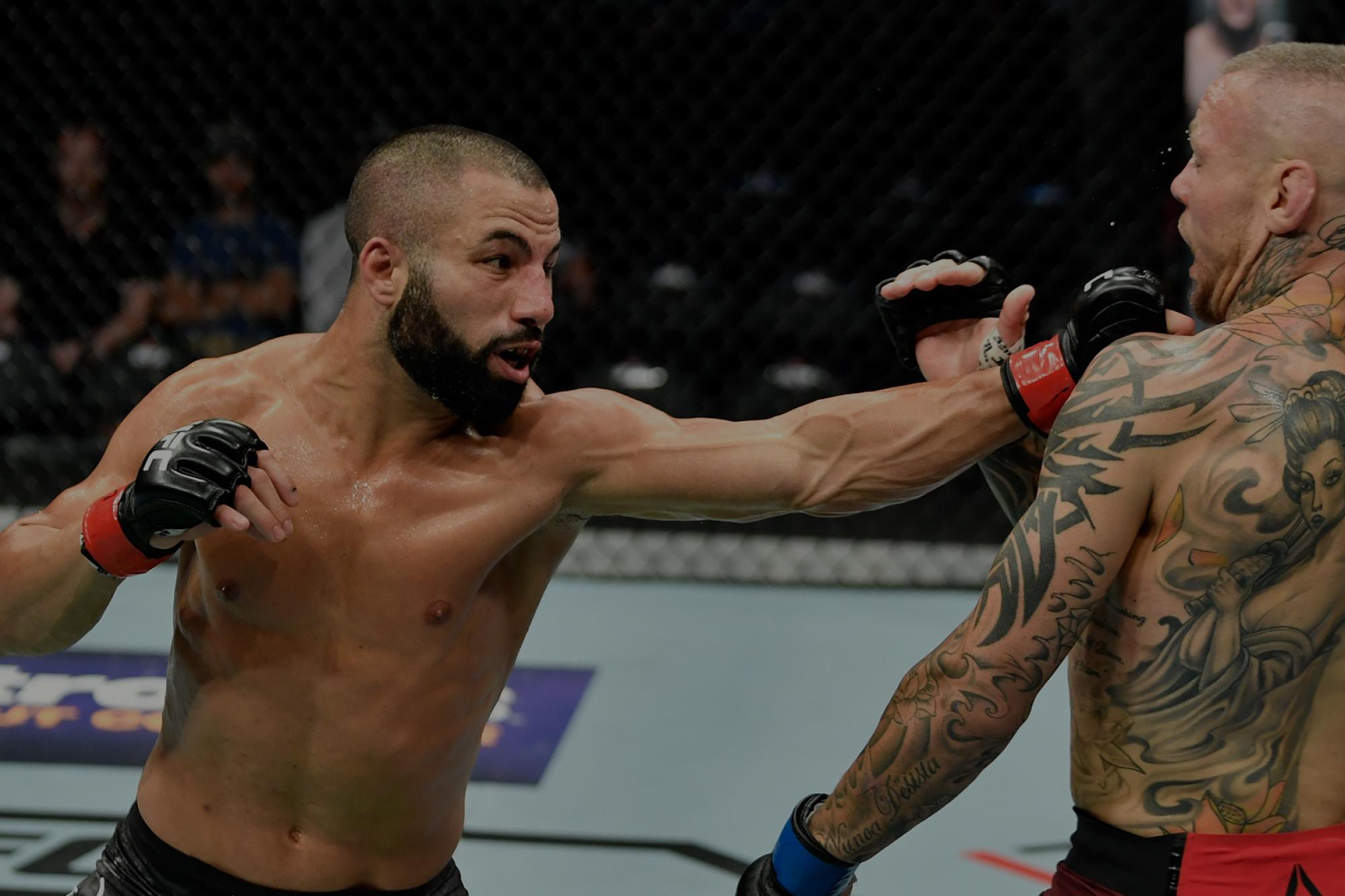 John Makdessi Knows All About Toughness

John Makdessi's career has been "a roller coaster ride," but he believes he was born as a fighter.
By Thomas Gerbasi • Mar. 20, 2019

John Makdessi chuckles when asked why he didn’t pick a warmer climate when he left Montreal to train in Milwaukee in 2017.

“There’s something about the cold, man,” he said. “It makes you tough.”

The 33-year-old knows all about tough. There’s no other option after training in martial arts since the age of six. But tough isn’t always enough in the fight game, and Makdessi found that out the hard way during a cold streak in 2015-16 when he managed just one win in four bouts.

As a member of the UFC roster since 2010, Makdessi didn’t appear to be in jeopardy of losing his spot in the promotion’s lightweight division despite this skid, but nothing is ever set in stone.

“It’s a rollercoaster ride,” said Makdessi of the prizefighter’s life. But he knows nothing else.

“I really believe in my heart that fighting chose me,” he said. “I think I was born a fighter, that it’s something in my blood. Since I was a kid, all I wanted to do was challenge myself and I was always attracted to martial arts and I kept on going back to it. I always make the joke that MMA is my wife, it’s my girlfriend, it’s my mistress. I eat, sleep and train fighting. It’s something that’s hard to describe to a normal person that doesn’t understand why you would put yourself through this, but I feel like I have a lot to prove, especially to myself.”

As someone who sits behind only Georges St-Pierre, Patrick Cote and Sam Stout when it comes to Canadians with the most fights in the UFC, the Nova Scotia native doesn’t have much, if anything, to prove as he approaches his 16th trip to the Octagon this Saturday against Jesus Pinedo. But what we see from the outside and what a fighter knows on the inside are two different things, and Makdessi knew he was better than that 1-3 skid. So there was still something left to prove, but he had to leave Montreal and his longtime team at the Tristar Gym to find it.

“It was a question of putting my ego aside,” said Makdessi. “When certain things happen to you personally, life teaches you, and life is the hardest lesson. Life is constantly teaching you and there’s no such thing as knowing it all. There’s always something that you don’t know. And once I hit rock bottom in my personal life - emotionally, spiritually, physically - I felt like I hit a dead end and I needed to be reborn.”

Enter Makdessi’s friend and manager, Mitch Mayberger, who suggested “The Bull” relocate to Milwaukee to work with Duke Roufus and his Roufusport squad. Makdessi trusted his friend’s advice, and soon he would come to trust Roufus and his new teammates.

“I forgot everything I knew in the past and I pressed the reset button and took that risk,” said Makdessi. “I took my luggage and came to Milwaukee as a white belt. He (Roufus) took me under his wing, I listened to the coaches, I did the classes, and it was a brand new method, brand new teaching and it was very hard for me. It’s still hard for me because I’m learning a lot of new material. You kind of get naked and put on brand new clothes again. But it’s refreshing and I was born again coming down here. It’s a very hard life because as human beings we all have habits, but I’ve been really focusing on my mentality and my habits. So I put my ego aside and focus on learning every day.”

In his first fight with Roufusport, Makdessi decisioned Abel Trujillo in December 2017. In his second, he looked better than ever in winning a Fight of the Night over Ross Pearson. Just like that, it’s a two-fight winning streak and Makdessi is a player again at 155 pounds. But he’s not resting on his laurels. There’s too much work left to do. Makdessi is no stranger to hard work, though. It’s been his life. And these days, life is good again.

“As a human being, I’m very relaxed, very calm, and I’m a very simple man,” he said. “I’m not trying to be a clown or trying to fake it; I’m just being myself. For me, it’s about the martial arts, the samurai spirit and the discipline. And then as a prizefighter, that’s how I make my living, to go out there and entertain the crowd.”