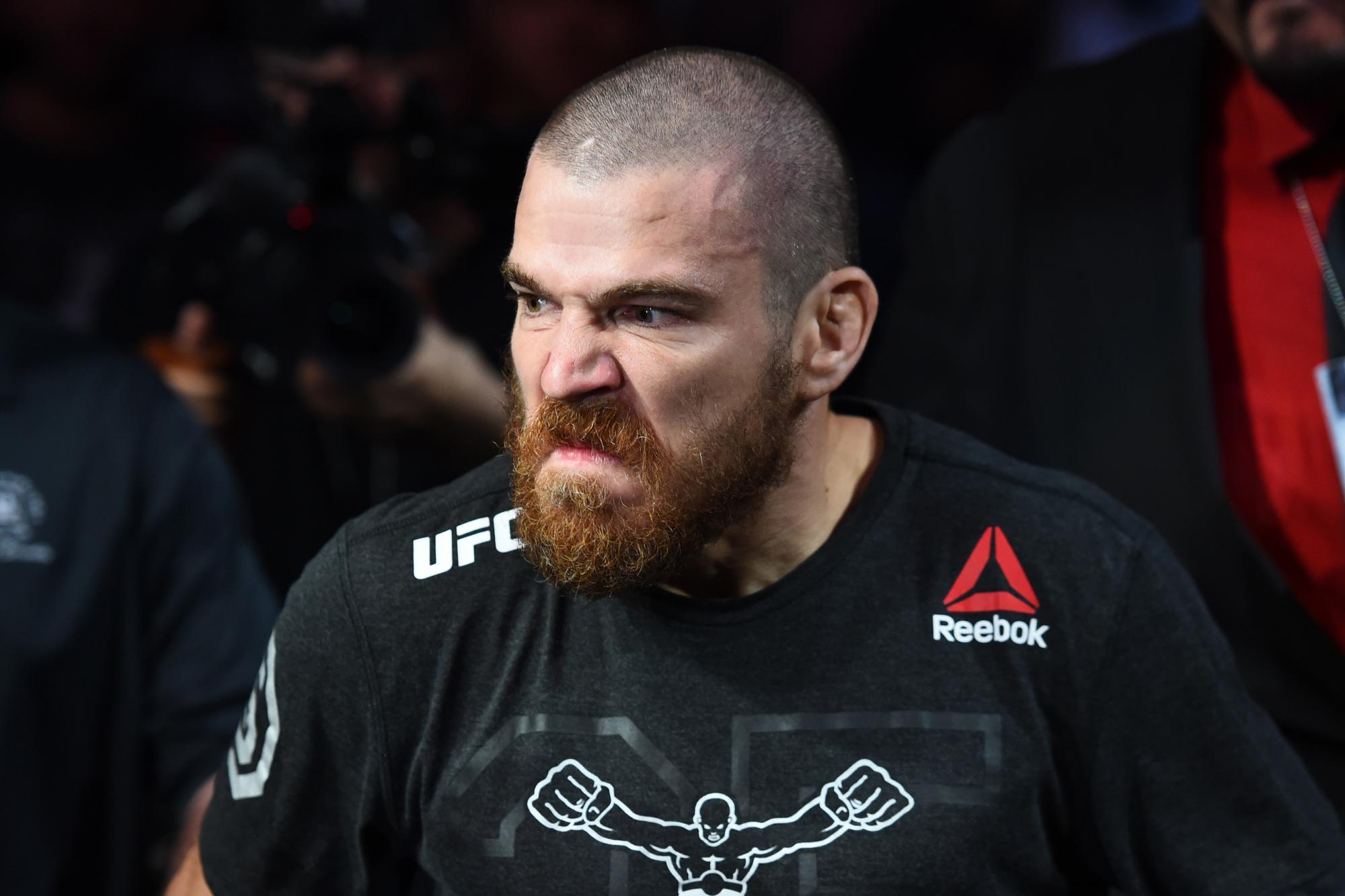 “There really is nothing like it,” Miller said. “I’ve heard all the comparisons over the years of what fighting feels like and how victory feels better than anything."
By Thomas Gerbasi • Apr. 26, 2019

Jim Miller may want to argue, but there won’t be too many – if any – fighters like him left when he decides to walk off into the sunset and into his next adventure in New Jersey.

Simply put, the man with the most bouts in UFC history comes from an era where the fight was always the thing. It didn’t matter what happened outside the Octagon, what a win would do for his career, or how a particular matchup would improve or decrease the odds of him winning. Just put the gloves on his hands, point him in the direction of a fistfight, and Miller always answered.

“I had six fights in 364 days,” Miller laughed, talking about his first year as a pro. “My fight with Frankie Edgar was a year after my professional debut and it was my sixth professional fight."

Miller lost that fight to the future UFC lightweight champion, putting an end to the 5-0 run that started his career, but it didn’t slow him down any. He fought four times in 2007 and four times in 2008, the latter two bouts in 2008 comprising his first two in the UFC, where he defeated David Baron and Matt Wiman.

Eleven years later, Miller is in Florida, preparing to extend his most fights in UFC history mark to 32 this Saturday against Jason Gonzalez. There are no titles or title shots on Miller’s resume, but not everything is about that when assessing a career. And Miller, like his active peers in the 29 and over UFC fights club (Diego Sanchez, Demian Maia, Jeremy Stephens and Donald Cerrone), has achieved a level of respect any fighter would be proud to have. 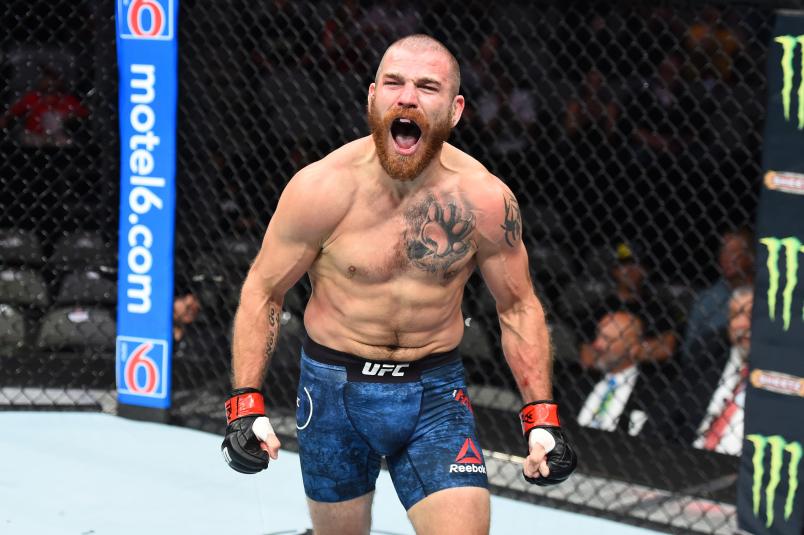 The 35-year-old isn’t chasing praise, respect or anything of that nature, though. If it’s there, great. But that’s not why he’s here after 13-plus years. It’s purer than that.

“There really is nothing like it,” Miller said. “I’ve heard all the comparisons over the years of what fighting feels like and how victory feels better than anything in the bedroom. (Laughs) Plenty of other guys have said those things and I don’t need to repeat them, but it really is a unique feeling. It really is something different.

“I don’t fight for other people,” he continues. “I don’t do this, I don’t spend time away from my family, I don’t beat the crap out of my body for anybody else besides me and my family. But the sound of that crowd, man, there’s this energy that you get. I’ve said it a thousand times that I’d fight in a parking lot with nobody there because I enjoy fighting and I would. But I also feel that energy from the crowd and I also get that high from it. I love the test and that’s why I do this and why I got into MMA. But that feeling of hearing everybody screaming, it’s intense. I haven’t experienced anything that can replicate it.”

It won’t last forever, either. Miller knows it, and while there are extenuating circumstances around a recent 1-5 skid, not the least of which is his continuing battle with Lyme disease, he is well aware that no one can fight forever. So what replaces that aforementioned feeling when he hangs the gloves up?

“I don’t know if anything will,” he said. “Nothing will ever be similar enough to give me that feeling, but that’s why I want to find that next passion.”

That’s a ways off, though, which means his continuing passion is chasing something he doesn’t know if he’ll ever find.

“I love the challenge of MMA because I’m trying to have that perfect fight,” he said. “The problem is, the most amazing fight that I’ve been a part of was that first fight with (Joe) Lauzon, and it wasn’t perfect. But at the end of the first round, when the crowd just let out this roar, it was the most special moment of my career. I knew it was special and that we were doing something that was going to be remembered. So it wasn’t what my goal was. My goal was to go out and mop the mat with him and it be over in two minutes. It’s always a challenge for me to be satisfied with my work and I have not in 43 professional fights been fully satisfied yet. I haven’t been one hundred percent pleased with a performance yet.” 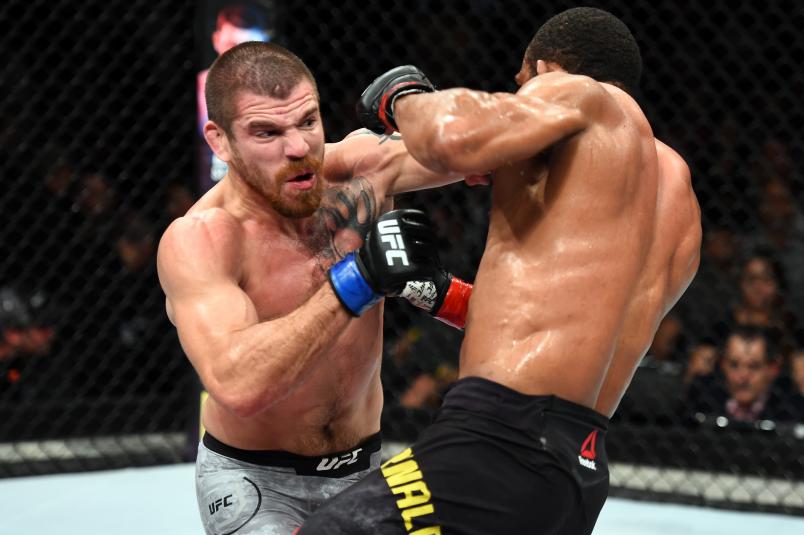 He laughs, knowing how it sounds that he’s never been satisfied with any of his 29 wins.

It’s enough to get him up in the morning and to the gym every day, and that’s why he still has the goods to maintain his roster spot and beat anyone he faces on any given night. It’s not easy, not by a long shot. But for every setback, every hard day, every injury that rears its head as the worst possible time, Miller knows that if he pushes through, there’s something at the end of training camp that makes it all worth it. It’s the fight.

“I know what I’m capable of,” said Miller. “I don’t like being, ‘Well, I’ve had a pretty tough road because of this and because of that.’ When it comes right down to it, I’ve had it easier in a lot of ways than some of my peers. Yeah, I got bit by a tick in 2013 and didn’t know I was sick until 2016 and it stole something from me. But at the same time, I had a helluva fight (with Dustin Poirier in 2017) and was probably two or three leg kicks from beating the guy who holds the interim title right now. And that wasn’t me at my best. That wasn’t me with a great training camp or feeling perfect, because I felt like s**t. (Laughs) And I’m not asking for sympathy from anybody, I don’t want it, but it’s gonna be fun to explain to people when I finally write my book, what it’s like to be getting your ass kicked by Lyme and then having a Herxheimer reaction the last two days before a fight because of your weight cut and because of all these other things and stepping into the Octagon with one of the best guys on the planet while dealing with that s**t and it still being fun. That’s going to be the hardest part to get across to people, that even on my s**ttiest night, it was still fun.”

Enjoy Jim Miller while he’s here, because there won’t be another like him.