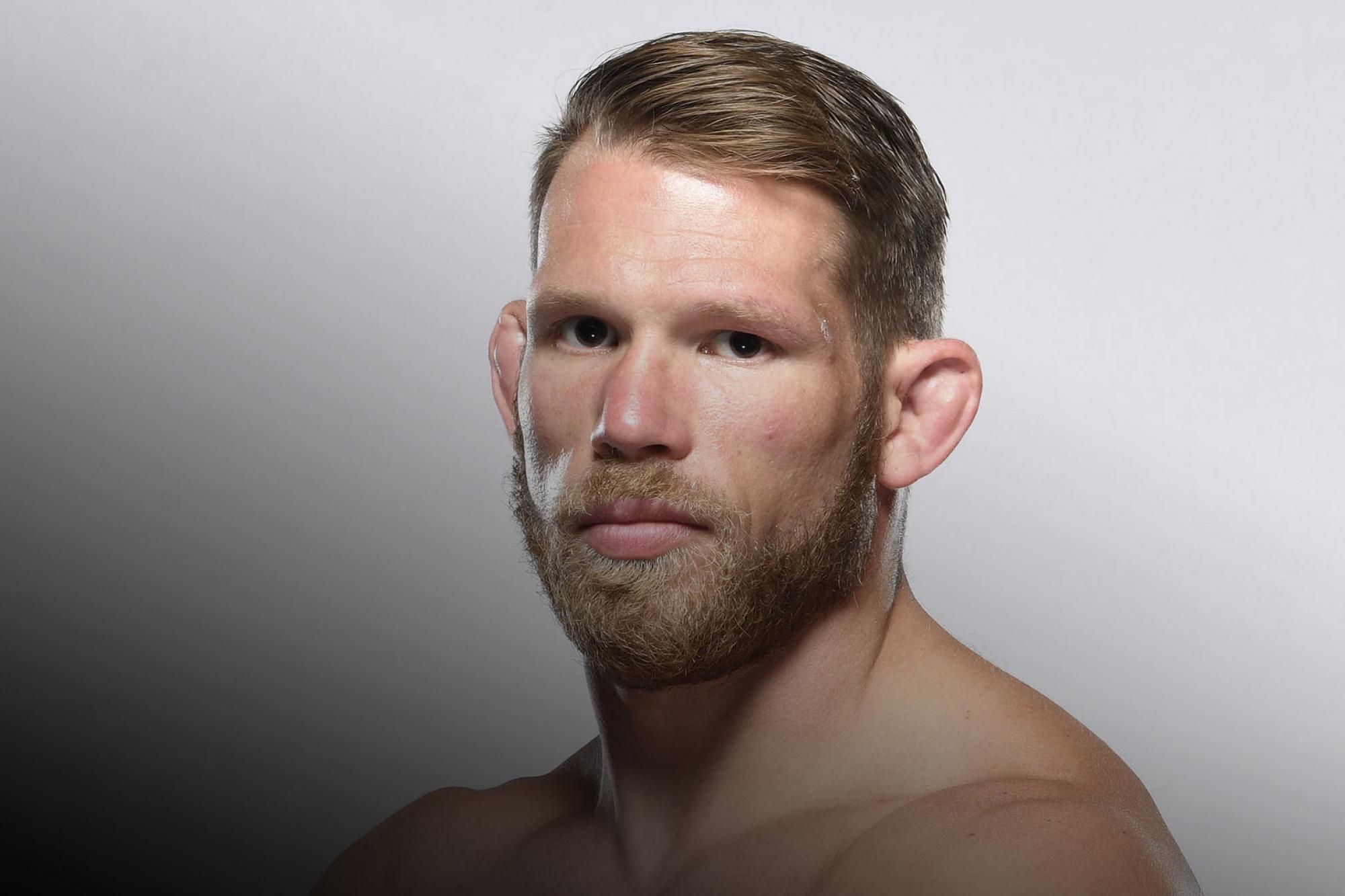 Forty-eight hours. That’s what Jason Witt had to prepare for his first UFC fight.

It’s the equivalent to a quarterback being called from the sidelines for his first NFL appearance with five seconds left in the game with the ball on his team’s own two-yard line and down five points.

“You've got one pass,” said Witt. “You're throwing the Hail Mary and that's all you got.”

Witt’s Hail Mary on June 27 came up short, as Takashi Sato stopped him in less than a minute. For some, it would mean days and weeks full of questions, wondering if the risk was worth it. Not for Kansas City’s Witt, who would do it all over again. 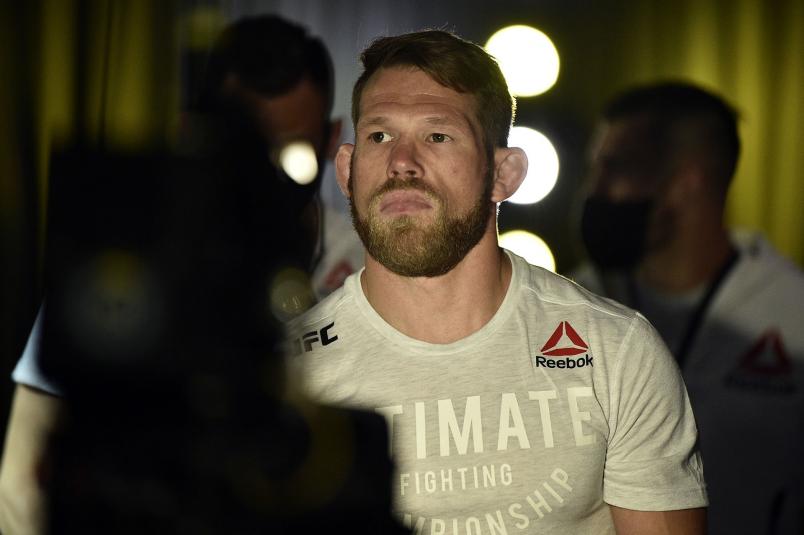 Assume that every fighter who straps on the gloves wants to make it to the pinnacle of the sport, which is the biggest promotion in the world, the UFC. Think of every training camp, every fight in front of a handful of fans, every sacrifice, every loss at the worst possible time, every month passing by without that call.

Witt saw it all through 22 pro fights. And he waited. Then Ramiz Brahimaj was a late scratch from his bout with Sato in June.

“Hey, can you jump on a plane and get to Vegas?”

Witt said he could. And he would. He didn’t ask questions.

But I have one. If it was a call from a promotion with any other three letters printed on the gloves, would he have gotten on that plane?

“No, absolutely not,” Witt said. “The UFC is the only place I wanted to be and that's where I felt I belonged, and with the performance before that (a win over Zak Bucia in February), I knew that's where I should be going. So 48 hours, only for the UFC.”

Another question. Despite the outcome, does he at least take satisfaction in taking his shot, the Hail Mary with seconds left, the jumper from the corner with the game on the line, the swing for the fences on an 0-2 pitch?

“Absolutely,” he said. “I think you have to. There's not a lot of people that would be put in my shoes and say yes. I was a person that stayed ready the whole time, so win, lose or draw, I can look back and say, 'I did this and I don't regret that.' I think a lot of people live with regrets, and that's something I don't like living with, so I'm gonna be happy to take that walk and be happy with myself.” 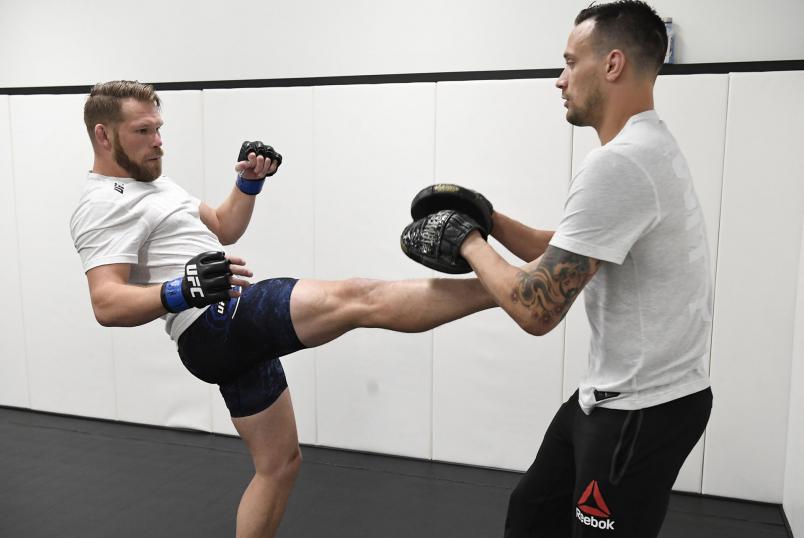 On Saturday, Witt takes that walk for a second time to face Cole Williams. This time, he’s had a full camp. Must be a lot nicer than 48 hours.

“You're telling me,” he laughs. “The first time, two days was a little close, so two months or whatever it's been is kinda nice.”

“A little close.” Only a fighter would say that. Witt admits that he’s taken short notice fights before, two or three weeks being the shortest. Nothing like two days. But again, there are no regrets.

“With 48 hours, you don't have a lot of pressure,” he said. “You go and do what you can. With a camp, I feel like there's not as much pressure. I feel like I'm just gonna go out there and have fun and you will see the best Jason Witt. I've actually never had a 10 to 12-week camp. I never had a schedule that I sat down with the coaches and went over with. So it's nice to have that; it's nice to have a little leeway to train harder and train smarter.”

And even with his head coach James Krause out of the country for a spell to win his own fight over Claudio Silva on October 18, Witt hasn’t skipped a beat with the Glory MMA crowd back home.

“Business is business,” said Witt. “When James Krause set up Glory MMA, he set it up so well that he had coaches that we all trust and we're all gonna get a lot of work in regardless if he's gone. And that's the way he wants it to be. If you're not working when he's not there, then you shouldn't be there to begin with. He set up my camp - we've got Grant Dawson running the main camp and he's a phenomenal coach in his own right. And we've got a couple other people and Austen Ford is running classes, too. So we have a good coaching list at Glory MMA, even without James Krause there.”

Sounds like a man eager for his second chance to make a first impression. Scratch that. Jason Witt already made an impression as a fighter willing to take the risks necessary to get to where he wants to go. This weekend, the task is simple. Just win. And if he reaches that goal…

“Exhilaration,” he said. “I think it's probably gonna be one of the best feelings you could ever have. When you win a fight, that's the biggest accomplishment at that point in your life, so to win that UFC fight is just gonna be exhilarating. And then you get to watch Anderson Silva fight in the same cage, so that's two birds with one stone right there.”