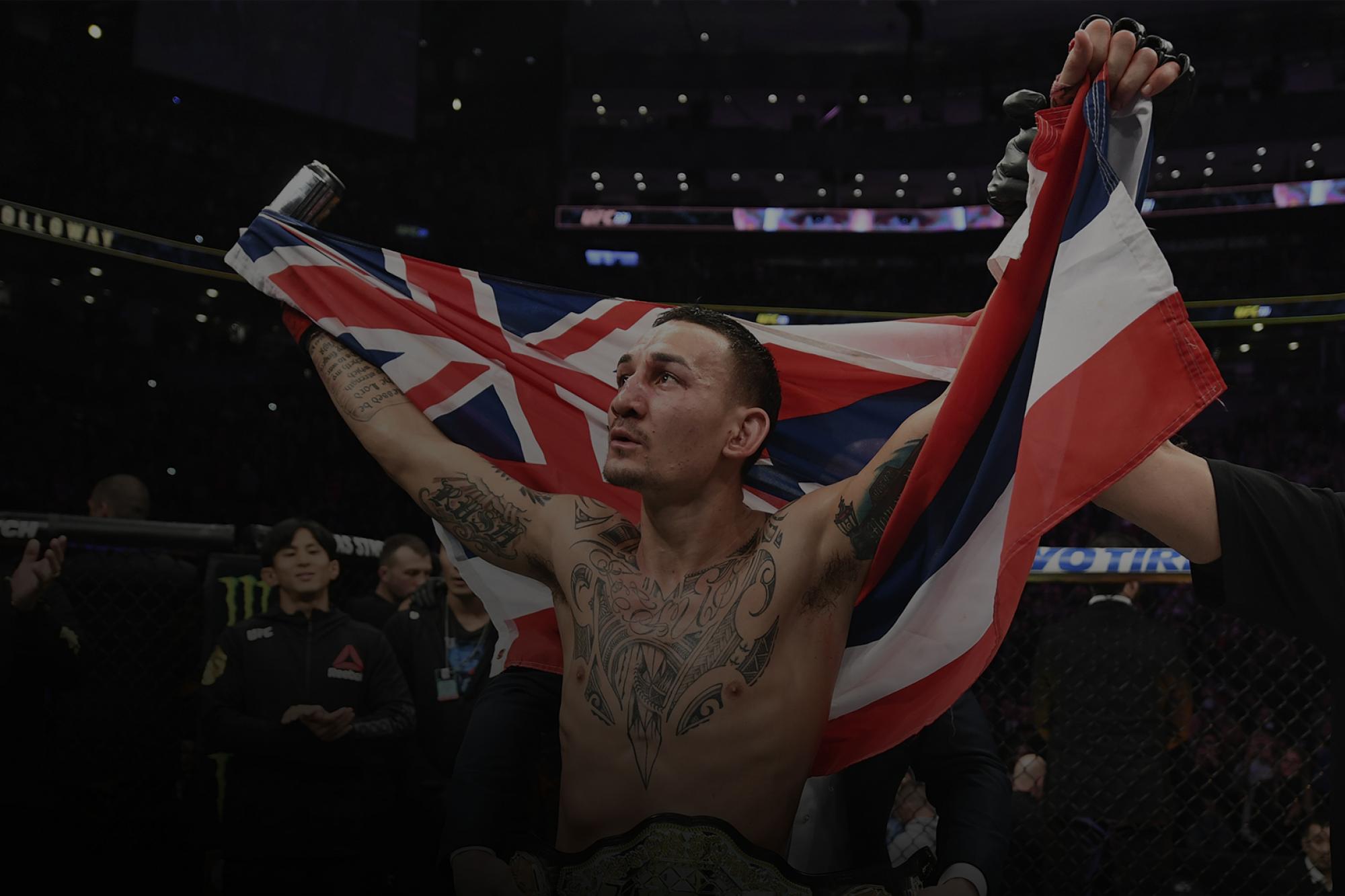 Recap the action from the UFC 231 main event, where Max Holloway retained the featherweight belt against Brian Ortega.
By Thomas Gerbasi • Dec. 9, 2018

Max Holloway didn’t have to quote Mark Twain at Scotiabank Arena in Toronto Saturday night, but after his fourth-round stoppage of previously unbeaten Brian Ortega, it’s safe to say that reports of his demise were greatly exaggerated.

as his first fight in a year showed him in prime form as he retained his UFC featherweight title for the second time in the main event of UFC 231, pushing his winning streak to 13 in the process. The win came after a tumultuous year in which he was forced to withdraw from three 2018 bouts. But in his fourth scheduled bout, he was in the Octagon and determined to silence any doubters.

Holloway was sharp on his feet in the early stages of the bout, landing clean strikes and getting out of range before Ortega could respond. The right hand was particularly effective for the Hawaiian, but Ortega did get his attention with a couple shots. A takedown attempt from Ortega with 1:40 left came up empty, and Holloway’s confidence was growing as he showboated and then tagged his foe, Ortega responded with a knee late in the round, but the frame belonged to the champion.

Holloway’s death by a thousand cuts attack was taking its toll on Ortega in the second round as he busted up the challenger’s nose and bloodied his face. Ortega kept throwing back, not about to give in, but right hands kept tagging him with regularity, leading to another solid round for Holloway.

Ortega started the third round strong, as he nailed Holloway with several hard shots and then nearly took his back on a takedown attempt. Holloway got out of immediate danger but then ate an elbow from the hungry challenger. The exchanges progressively got more heated as the round progressed, with only a brief clinch against the fence breaking things up. In the final minute, Holloway began to take control again, but an Ortega clinch late slowed the champion’s momentum.

Holloway blasted Ortega with a right hand to start the fourth round, and he was clearly looking to end matters. Ortega took the punches well, but Holloway was pouring it on as he caught the Californian against the fence. In the midst of the Holloway barrage, Ortega fired back, unwilling to back down. Midway through the round, Ortega went all in for a takedown, even pulling guard at one point, but Holloway wasn’t having it, and when the two broke up, Ortega’s face was bloody and swollen, and only getting worse. As the two fell to the mat, Ortega briefly has Holloway’s leg, but Holloway rose and continued to unleash hell on the gritty challenger, who somehow made it to the end of the round. But the Octagonside physician had seen enough, calling a halt to the bout before the start of the fifth round.

After adding another impressive win to his resume, Max Holloway chatted with Megan Olivi backstage at UFC 231.