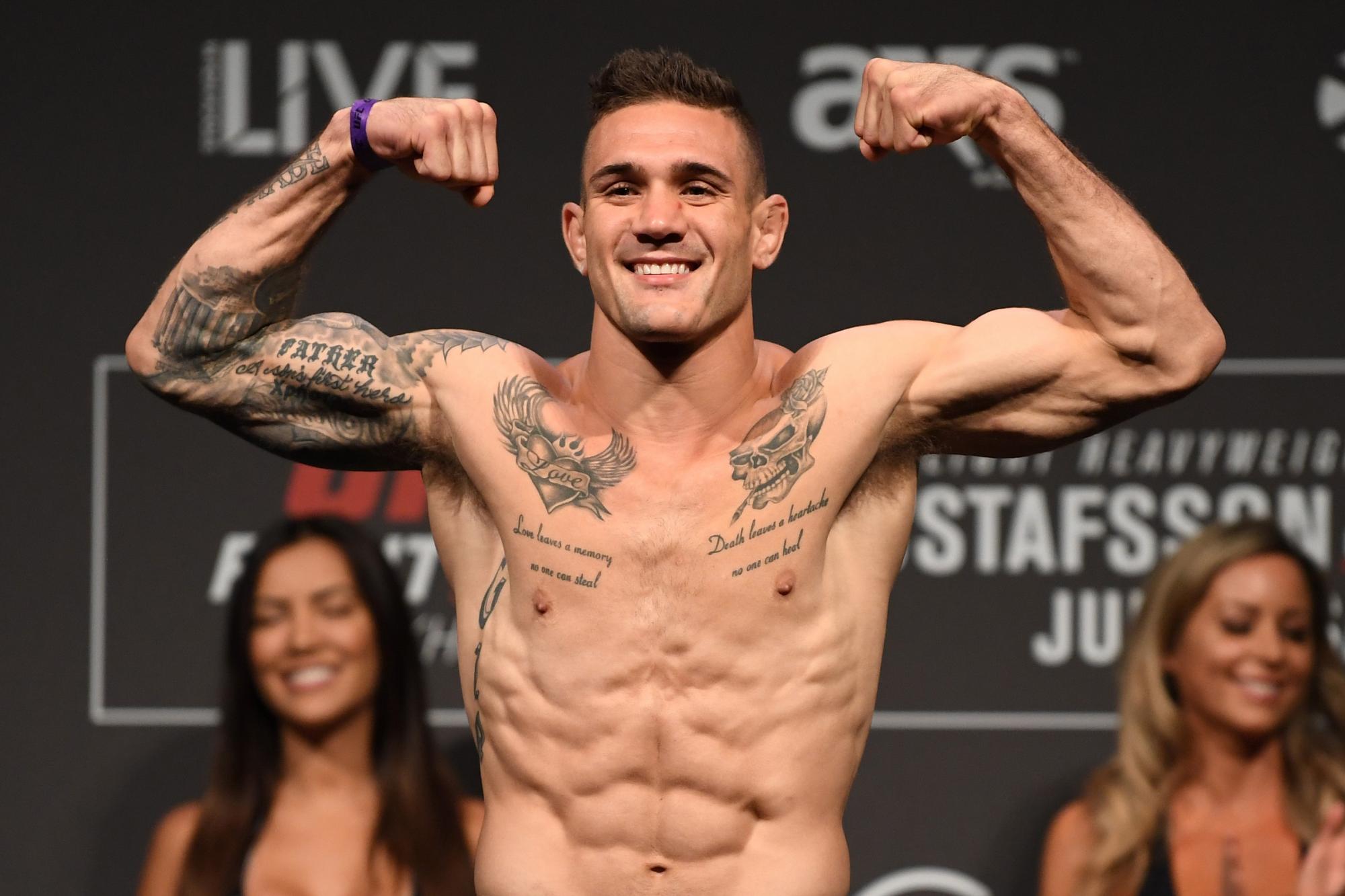 Giagos: "I Haven't Shown The World What I Can Do"

It was a win more than three years in the making, and when Christos Giagos got his hand raised after decisioning Mizuto Hirota last December, “The Spartan” could take a sigh of relief. He was back in the UFC win column for the first time since 2015, and now it was time to move on to the next phase of his career.

“I was kind of bummed out when I got cut and I worked really, really hard to get back to the UFC,” said Giagos, who went 1-2 in the Octagon during his first run in 2014-15. “To finally make it back and get that win, it was very emotional. I had my family there, all the way in Australia, to come see me. And in that sense, yes, that victory was way more sweet.”

“Now how I performed, eh,” he said. “I got the win, but I let my emotions get to me and I didn't fight the way I know I can fight. I feel like I haven't even showed the world what I can do yet. So I wasn't totally impressed by my performance, but I got it done, and sometimes you're gonna go through those situations.”

Giagos’ performance against Hirota may not have lived up to his standards, but for the rest of us, that’s a good thing to hear because it shows that he cares and that he’s the type of perfectionist that may win a fight in the first round but still think he could have done it better. 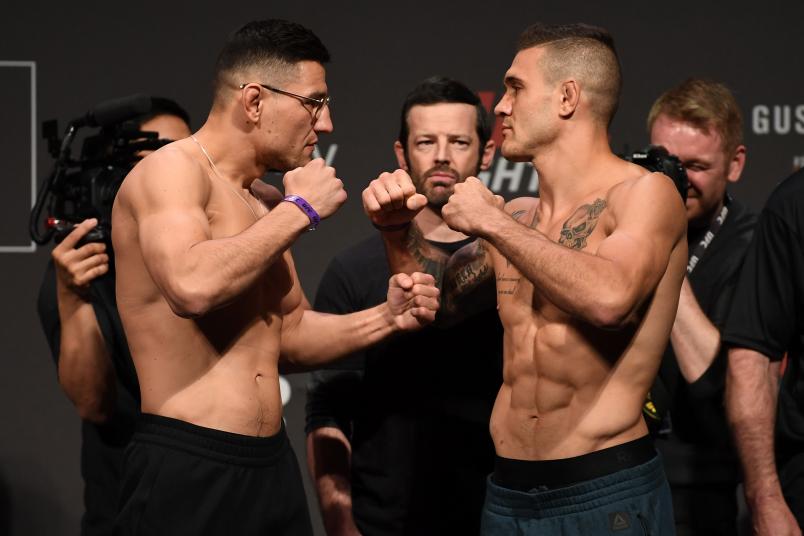 STOCKHOLM, SWEDEN - MAY 31: (L-R) Damir Hadzovic of Bosnia and Christos Giagos face off during the UFC Fight Night weigh-in at Ericsson Globe on May 31, 2019 in Stockholm, Sweden. (Photo by Jeff Bottari/Zuffa LLC/Zuffa LLC via Getty Images)

“I can be like that,” laughs the 29-year-old. “I know what I'm capable of, and I know it's easier said than done, you only get one shot in the cage, but I feel like it's finally gonna come together. I'm excited for this one because I feel like people are gonna finally get to see what I'm made of.”

“This one” is a Saturday bout in Stockholm against European standout Damir Hadzovic, winner of two straight and three of his last four. For California’s Giagos, it’s his fifth straight road trip, with visits to Brazil (twice), Russia and Australia earning him stamps on his passport. He doesn’t mind this one, considering one of his best friends calls Sweden home, but he is hoping his next walk to the Octagon takes place in Anaheim this August.

“When I get this victory, I'm gonna ask to fight in Anaheim in August, so hopefully everything works out,” said Giagos, who has earned a home game after being on the road so much. And while traveling internationally can be a hassle, with so many of those bouts under his belt, he now has a handle on navigating fight week on the road.

“Yeah, I think I got it figured out,” he said. “There's nothing like fighting at home, but you gotta do what you gotta do and I like the matchup they gave me, so it was an opportunity I didn't want to pass up. And hey, my name's 'The Spartan' and I like to go to people's lands and take over. It's in my blood.” 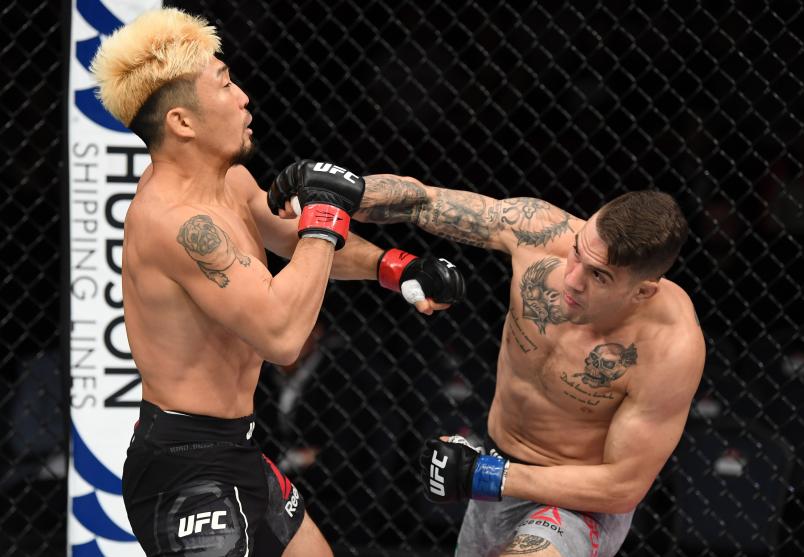 So is fighting, so when he was able to win four of six fights on the regional scene after his 2015 loss to Chris Wade and earn a call back to the UFC last September, it was justification for all the sacrifices he made over the years and a jolt to a career that may have been in question in 2016.

“My first fight after I got cut, I lost to Josh Emmett, and my dad was like, 'Hey man, let's quit,’” Giagos recalled. “He wanted to train me to run the restaurant we own. But I said, ‘No, I can't quit on my dream.’”

He didn’t, and now he’s here, ready to battle the best of the best in the UFC again.

“It's like a dream come true,” Giagos said. “You dream about being up there with them and now you get the chance to fight them; words can't even explain it. You get to prove to yourself that you're good enough and it's reassuring and awesome to know that you're there. You made it, you're at the top and you've got to keep grinding and see if you can go past them. That's the next step.”