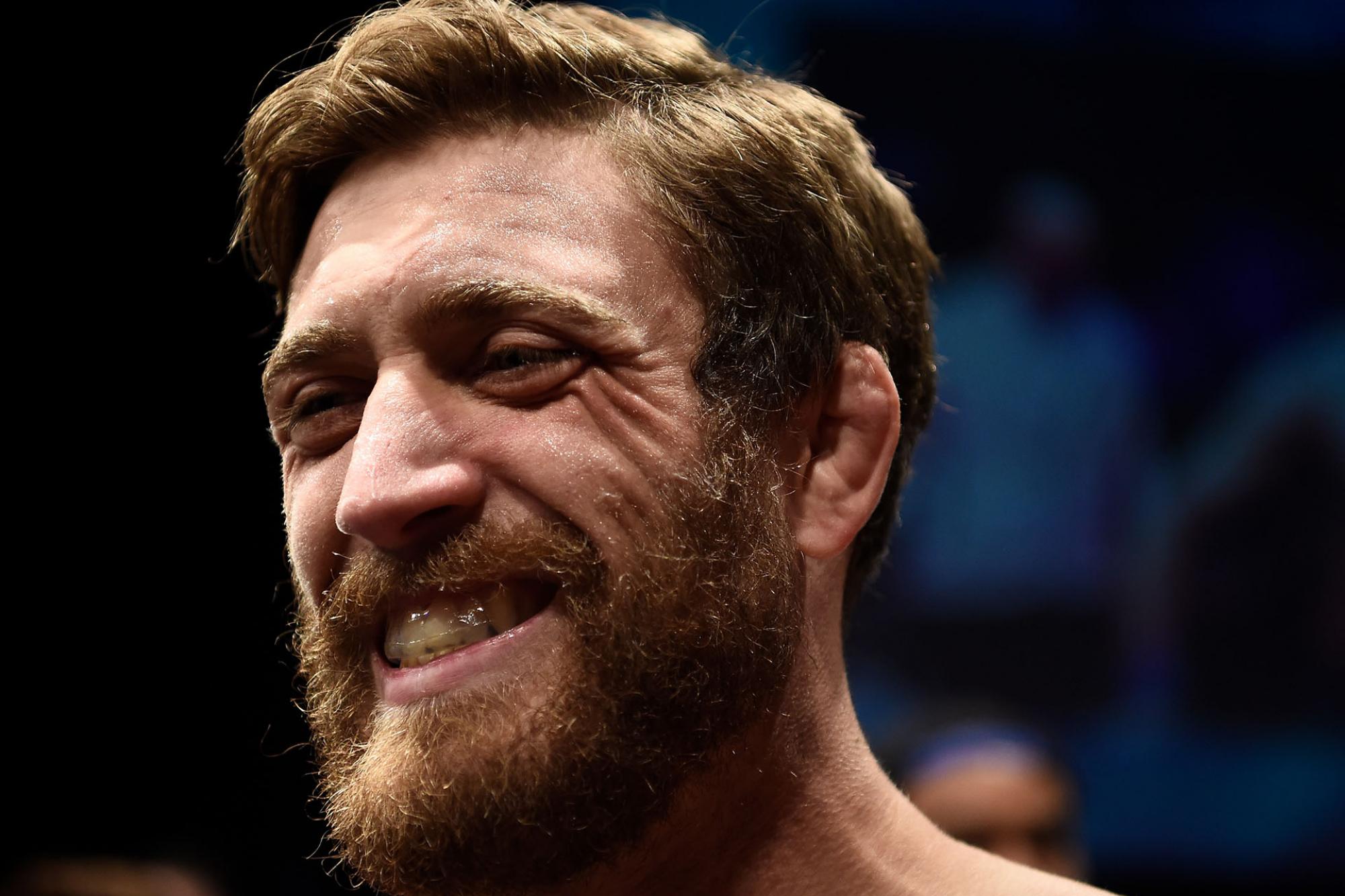 The early days of the United States’ stay-at-home orders for the global COVID-19 pandemic were fraught with stress and anxiety, as we all hunkered down with snacks and endlessly scrolled on our phones for something to get excited about. And for a brief, glorious moment our prayers were answered when a shirtless Gerald Meerschaert unleashed the dulcet tones of Wham!’s “Careless Whisper” on his alto saxophone.

It was a much-needed moment of levity in a dark moment from a fighter just days removed from his UFC 248 submission win over Deron Winn.

“I will say for a brief moment in time, I kind of slipped into that classic Midwest diet of beer and cheese,” Meerschaert recalls of those quarantine days. “I had my fight, everything went well, so there was a little bit of celebrating in there. And then with everything going in complete lockdown, you try to work out at home as much as you can. The gym’s not open, everyone’s kind of laying low just to see what happens, so I got heavy; not super heavy, just heavy for me.”

Order UFC 250 For Any Device Here

The winner, of course, was the Internet, particularly his Twitter followers, who were treated to more classic riffs in the days that followed. But all good things must come to an end, and when the lockdown started to loosen, it was back to business at Roufusport. 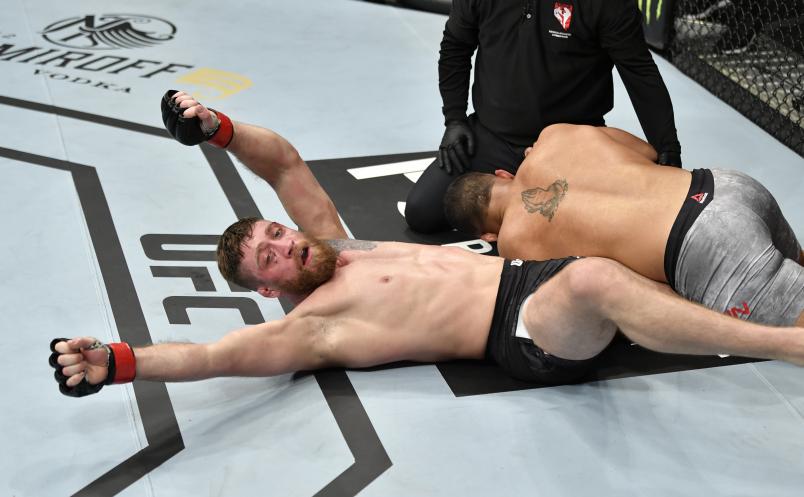 Gerald Meerschaert celebrates after his submission victory over Deron Winn in their middleweight fight during the UFC 248 event at T-Mobile Arena on March 07, 2020 in Las Vegas, NV. (Photo by Jeff Bottari/Zuffa LLC)

“Once we figured out the training stuff, I actually got back in there and was helping Anthony Pettis get ready for his fight. So that kind of got me back on track.”

“Honestly, with all this going on, we took a bad situation and turned it into a good situation. We rearranged our training schedule and made it much, much better. Everyone came in at a different time, adjusted the way we go about tackling different things, and it’s been a really good thing. Better for life in general.”

Soon the matchmakers would call, and before he knew it “GM3” was booked for UFC 250 at the UFC Apex. A first among pay-per-views, the venue will feature an Octagon five feet smaller than the standard cage.”

“We don’t fight in a super big area to begin with, and traditionally I’m a grappler, so fighting in a smaller cage kind of helps me out,” he says with a laugh.

And in what has become the new normal, there will be no fans in attendance for his middleweight tilt against Ian Heinisch. Where some fighters have sounded apprehensive about the lack of a roaring crowd, Meerschaert sounds almost grateful.

“Honestly, I’m going to probably prefer it, because you don’t have the crowd reactions to go along with it. I’ve been in fights—even recent fights—where someone will throw something, and maybe it looks big, but it will miss completely or barely touch me. And you hear the crowd go “ooh!” And you’re thinking in your head, ‘Even if it didn’t do anything, the judges are going to hear that, everyone thinks I got hurt, and now I’ve got to make up for that and change the way I fight.’”

And after treating us to so much of his musical persona (particularly his series with TSN’s Aaron Bronsteter “Various Meerschaertists”), it seemed only natural to ask him about the music pumping him up for Saturday. Again, Meerschaert surpised.

“For some reason, I listen to music all beforehand. I don’t listen to too much music, per se, when I get closer to all this. As I get closer to the fight, I just watch the Food Network and listen to podcasts. I’ve also been watching a lot of documentaries.”

The enigmatic curveballs from Meerschaert seem somehow apropos for a division that houses such disparate personalities and the unexpected matchups it sometimes produces. And The Pride of Racine seems keenly aware of this as he surveys the middleweight landscape.

“It’s just weird right now. Even before, it was kind of in a weird spot. (Robert) Whittaker was supposed to have a fight, and that kind of fell through. Then (Yoel) Romero got the title shot. Honestly, I don’t think he was undeserving, but it was just weird that you had a guy on paper coming off a loss and getting a title shot. And then Paulo Costa was injured. Half or more of our top five is out or out of the country.”

The situation does seem to hold a lot of potential for Meerschaert, whose last two losses were both questionable split decisions. Taken together with his resumé of impressive submission wins, the moment to make his run into the rankings may well be afoot, and it starts Saturday night against the No. 13-ranked Heinisch, and to hear Meerchaert tell it, it sounds like the perfect matchup.

“It’s just a weird time for matchmaking, but it’s perfect for me as far as getting closer and closer to the top. If we’re being realistic, my first Top 15 guy, he’s super tough, he’s fought almost nothing but ranked opponents, so it’s a big test for me. But if I can get that, I can at least fight guys from potentially No. 6 down, and even if I fight other guys, you can still bump up in the rankings by having incredible performances. So I’ve got to take advantage of that.”