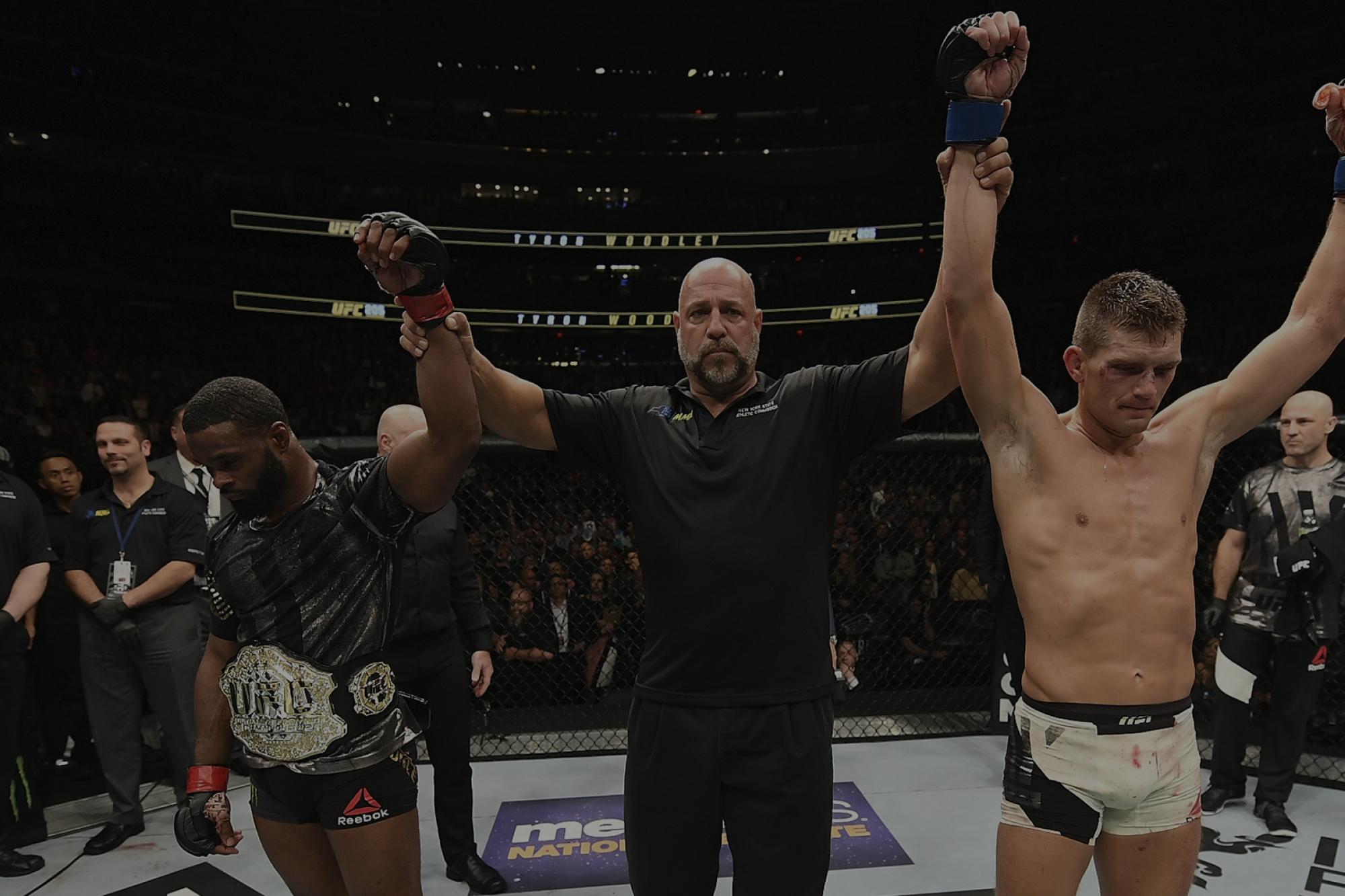 Fights To Watch Before UFC Nashville

Look Back At Eight Stand-Out Fights From The Stars Of UFC Nashville
By Gavin Porter • Mar. 22, 2019

On Saturday the UFC returns to the Music City with a strikers delight between Stephen “Wonderboy” Thompson and Anthony “Showtime” Pettis. It will be Pettis’ first foray into the UFC’s welterweight division and Thompson is more than happy to introduce him to the world of 170lbs.

Thompson hasn’t stepped into the Octagon in almost ten months and he looks to bounce back from his loss against Darren Till in a big way. Meanwhile, Pettis is fresh off his Fight of The Year performance against Tony Ferguson. The fight fans of Nashville, Tennessee are in for a treat.

In the co-main event two of the world’s best heavyweights are set to go to war. Curtis “Razor” Blaydes will take on Justin “Big Pretty” Willis to solidify which one of them is a true contender.

Get ready for UFC Nashville by watching the past performances of some of the cards biggest stars and prospects. Watch the collection here: https://www.ufc.tv/category/ufc-nashville-fights-to-watch 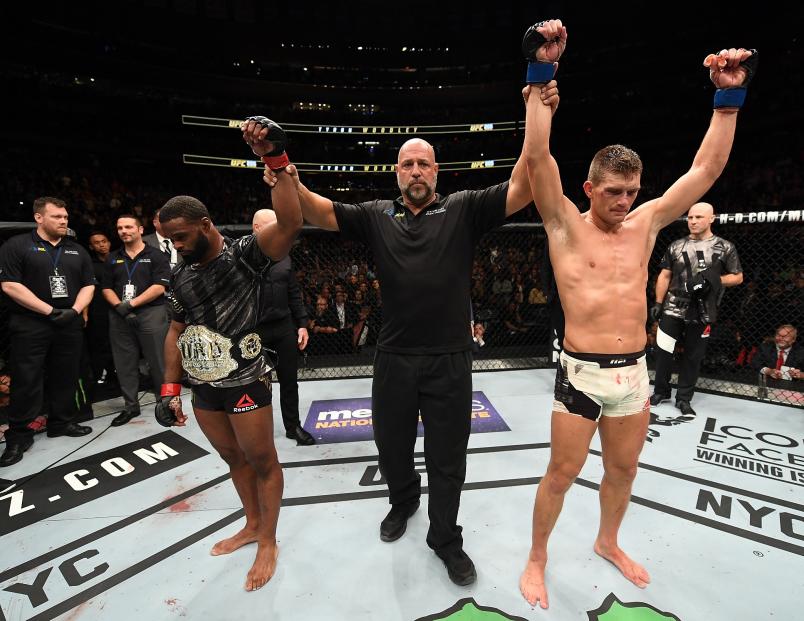 If you haven’t watched Thompson vs Woodley 1 before you are in for a treat. The co-main event of UFC 205 brought excitement and showed just how talented both Thompson and Woodley are. It went down as a draw and as one of the best fights of the year. 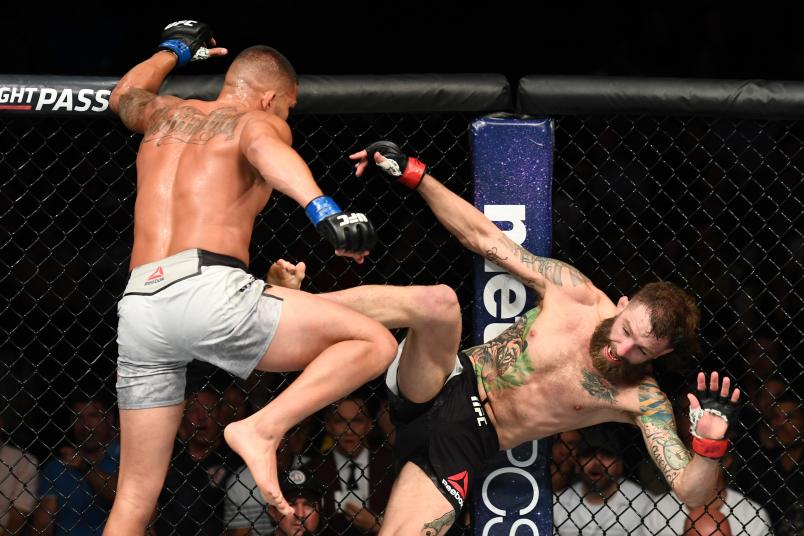 Fight fans were supposed to see this match-up a few months earlier than International Fight Week and the wait did not disappoint. Pettis and Chiesa delivered an entertaining fight with “Showtime” coming away with the big win.

Making a statement against perennial title challenger Alistair Overeem isn’t an easy task, but somehow Curtis Blaydes made it look easy at UFC 225 in Chicago. It was a devastating finish for “Razor” and the rest of the heavyweight division was put on notice. 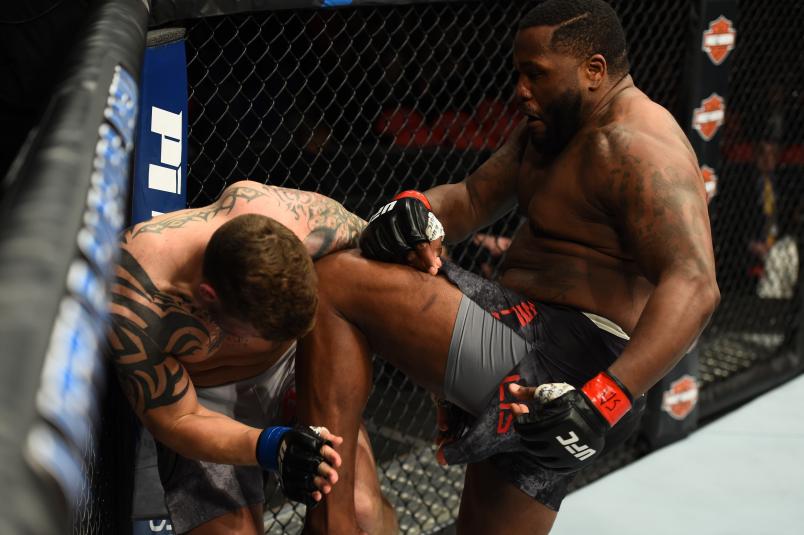 After winning his UFC debut by decision, Justin “Big Pretty” Willis wanted to display his finishing ability. He would do just that by earning an emphatic knockout against the tough Allen Crowder. 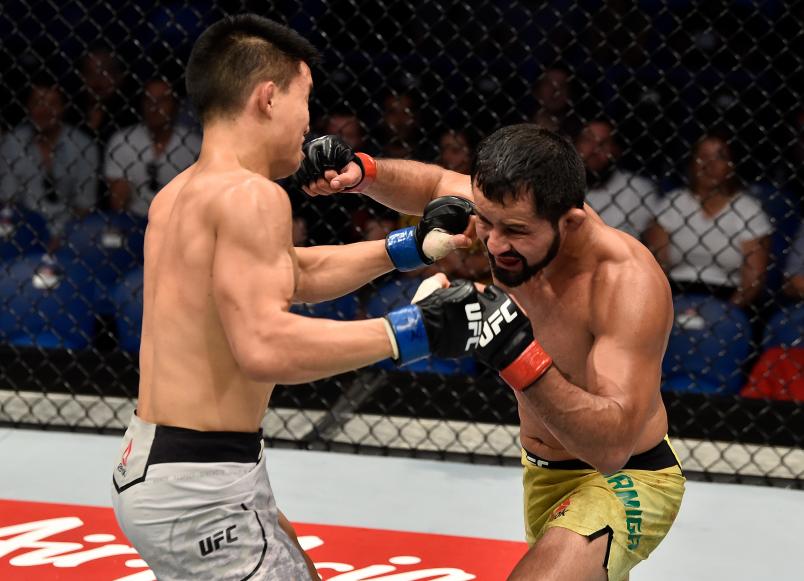 The flyweight gauntlet is no joke and putting together a win streak is tough, but Formiga made the most of his opportunity against the talented Ben Nguyen.

A heated fight week between Figueiredo and Moraga added up to a thrilling match-up. Figueiredo would go on to keep his unblemished record in-tact by defeating Moraga in impressive fashion. 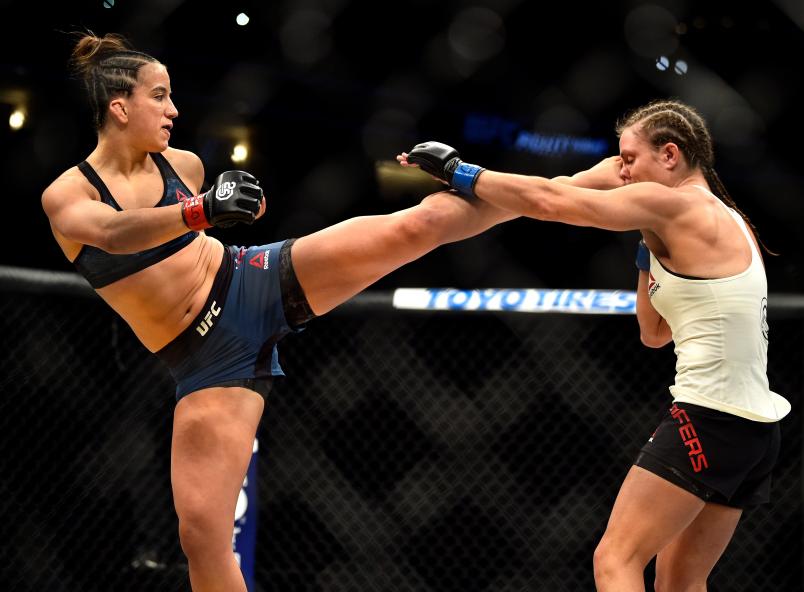 Making your UFC debut can be nerve wracking, but Maycee Barber was up for the challenge. She dominated short-notice opponent Hannah Cifers on her way to a big win in her home state. 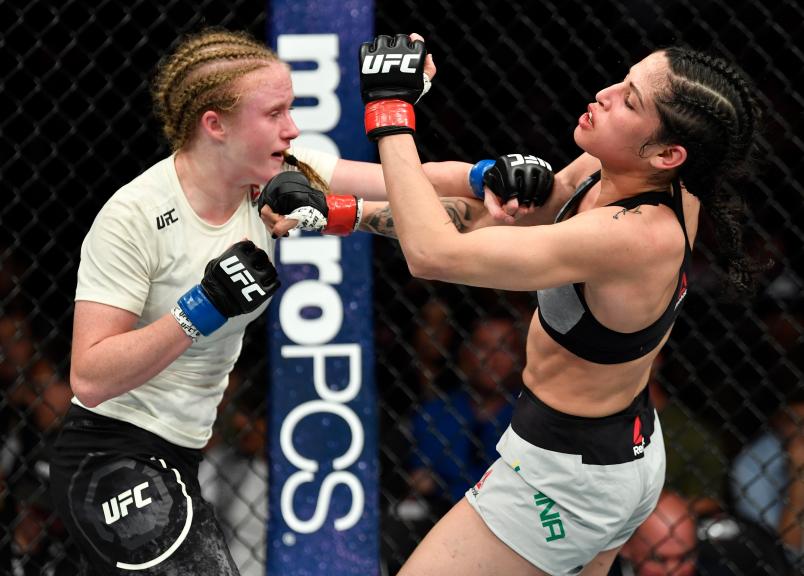 Matched-up with the dangerous Polyana Viana, JJ Aldrich showcased her toughness and fight IQ on the way to her third straight-win at strawweight.

Tune into ESPN+ on March 23rd at 8pm/5pm ETPT to watch the stars of UFC Nashville put on a show.