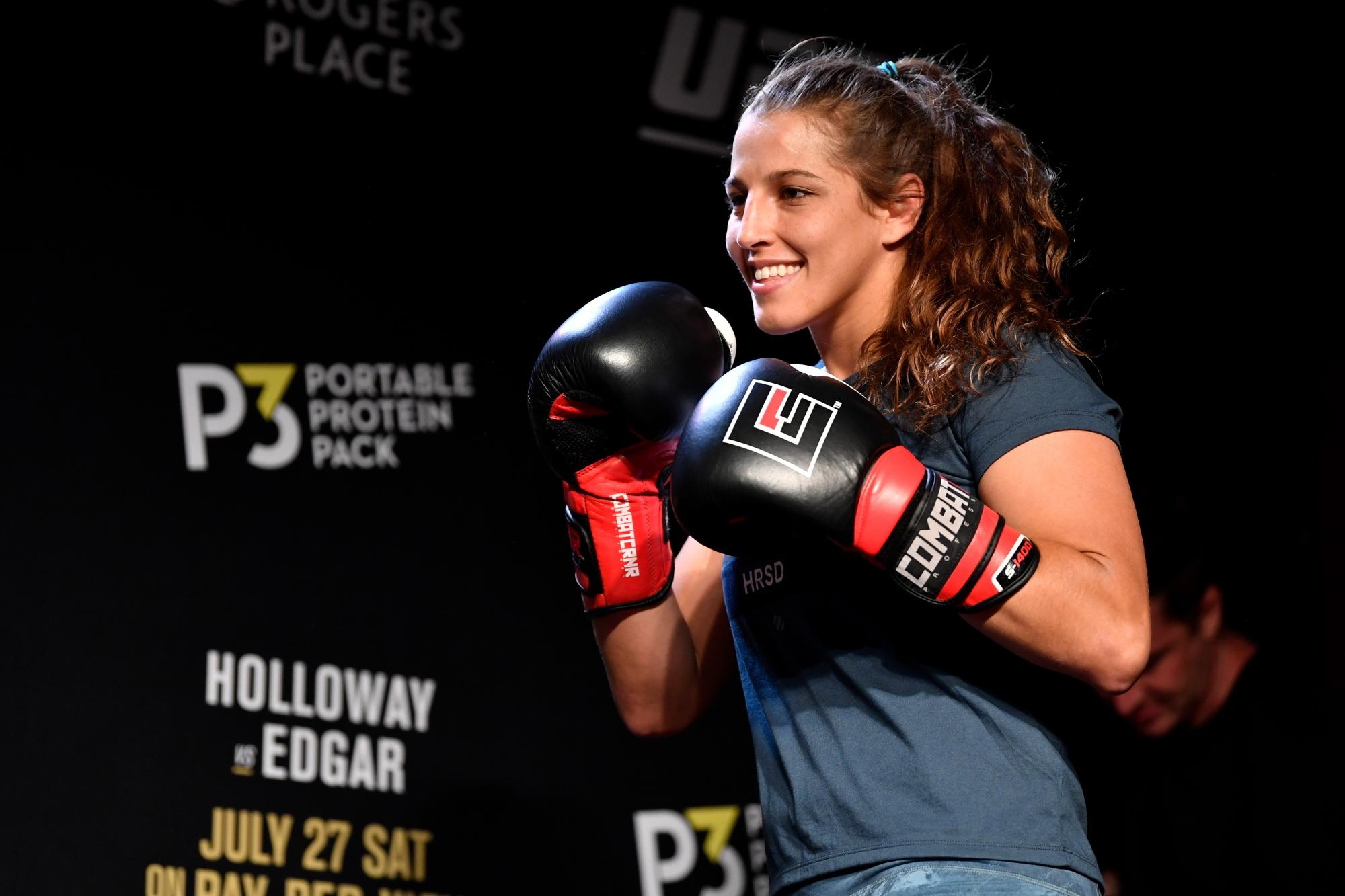 On a fast track to a potential title shot, undefeated Felicia Spencer balances her competitiveness with an even-keel attitude.
By Steve Latrell • Jul. 25, 2019

Felicia Spencer is both a math teacher and a champion MMA fighter, and I’m curious as to which crowd—the fellow educators or the fellow fighters—find this fact to be the most surprising.

“Everyone's surprised about both, especially when they hear it’s algebra,” she replies. “Teaching is very beneficial for me personally; it helps me stay grounded. You know I get to work with teenagers, I work with kids at my gym, teaching the kids’ class. I love teaching. I love seeing the light bulbs go off and just having relationships with young people to just help them get through the day.”

Speaking to Spencer, the teacher side of the equation is easy to square: she’s eloquent, patient and exceedingly thoughtful. It’s not a stretch imagining her explaining constants and variables in her virtual classroom. But it’s this same calm and composed aura that makes her day job a little harder to figure out. From where exactly does the undefeated slayer side of her psyche emerge?

“It’s competition. The person standing in front of me is trying to take everything I’ve worked for. I am very competitive.”

Fair enough, but there’s plenty of competitive folks who aren’t former Invicta FC champs poised to make a run for a belt in the UFC.

“I feel like my composure is part of my strength,” she counters. “Especially in the most recent fights I've had. I feel like I've really been able to be myself and be comfortable. And that lets me see things in a fight, to be patient, to not rush anything or make mistakes that I would regret. So I think it plays in my favor.”

This is verifiable. Spencer soared virtually unchallenged through her Invicta opponents, often ending their evening with a rear naked choke. In her UFC debut last May, Spencer needed less than four minutes to do the same to fellow former Invicta champion Megan Anderson. Now, just two months removed from that contest, she finds herself in the UFC 240 co-main event, matched with a fighter she’s long dreamed about fighting: Cris Cyborg.

“To me, the aura isn’t there as far as intimidation or anything. I just have a lot of respect for what she’s accomplished in the sport. It’s really cool to have someone that’s been that dominant and then have a win on my record with a name like that before she’s gone. It’s something I’ve been looking forward to for a long time.”

In a women’s featherweight division that boasts just a few fighters, it’s easy to imagine this has the chance to be one of the quickest roads to a title shot in recent memory. Spencer is not eager to put the horse before the cart, but acknowledges that any ascent is likely to be a rapid one.

“I don't like to look to the future too much but, of course, it's there. People have brought it up that whoever wins is going to be getting a title shot. Almost for sure.  It's something I kind of knew getting into the featherweight division, that it's a small group of people right now and me sticking to it and having good performances is just going to help build the division and attract new people, new faces. So I knew getting into it that I wouldn't be taking baby steps, I'd be taking leaps and bounds. And from my Invicta career to here, I’ve definitely been doing that.”

Leaps and bounds, indeed. The come-up has been a speedy one in public, but a much longer one behind the scenes. Spencer cautions those who point to her mere seven pro fights as some sort of evidence that she’s not yet ready for the next level.

“I’ve only been professional for four years, but I’ve been training like a professional for a lot longer than that. My mat time is just as long as almost anyone on the roster. I’ve been training since I was four years old in martial arts, and jiu-jitsu since I was 12. I haven’t shown a lot of what I’m capable of. I know that I’m capable of beating Cyborg. My team knows it. I’m excited to show the world.”