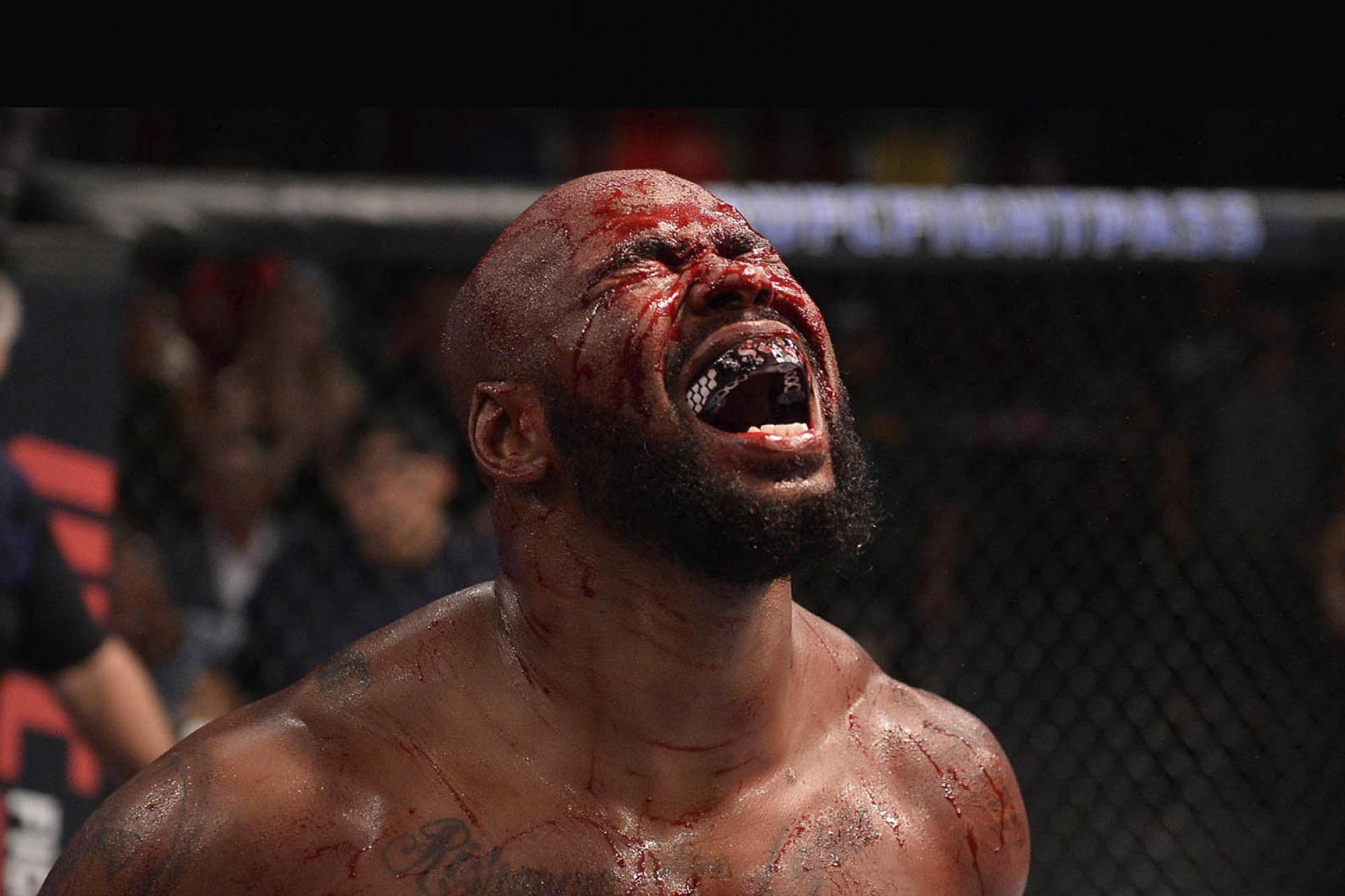 The third time was the charm for Don'Tale Mayes in Dana White's Contender Series, and now the Louisville-native has his ambitious goals set.
By Thomas Gerbasi, on Twitter: @TGerbasi • Oct. 21, 2019

“You’ll be the first to know,” laughs Mayes, who will be sporting the moniker “Lord Kong” when he makes his UFC debut this Saturday against Ciryl Gane. So what comes after King and Lord? If the 27-year-old has his way, they’ll be calling him the Emperor of the heavyweight division sooner rather than later.

“The goal is to get the belt and I want to be the champ,” Mayes said. “I’m trying to be the first from the Contender Series to get the belt, so I’m aiming high. I don’t know who I’m calling out (after this weekend’s bout), but I’ve got a few names, and I want somebody who has respect on their name – maybe a legend, maybe somebody that somebody’s scared of. I’m just trying to get there. Seeing (middleweight champion Israel) Adesanya do his thing in less than two years gives me a timeline that maybe I can get it done in two years.”

It’s an ambitious goal, but Mayes isn’t shying away from it in the slightest, even though he had to take a longer route to the UFC after losing his first bout on the DWCS in 2017 to Allen Crowder. Following that defeat, which left him with a 3-2 pro record, Mayes won a bout on the regional circuit and then was called back to Las Vegas for another Contender Series bout. He won that one, halting Mitchell Sipe in two rounds, but there was still no contract for him.

“I understood that being 1-1 in the Contender Series, I couldn’t expect to get a contract,” he said. “I felt like I did enough, but I understood the reason why I didn’t get it. But it was all good. I figured I’d be back or I’d get a short notice call. I was gonna stay ready regardless.” 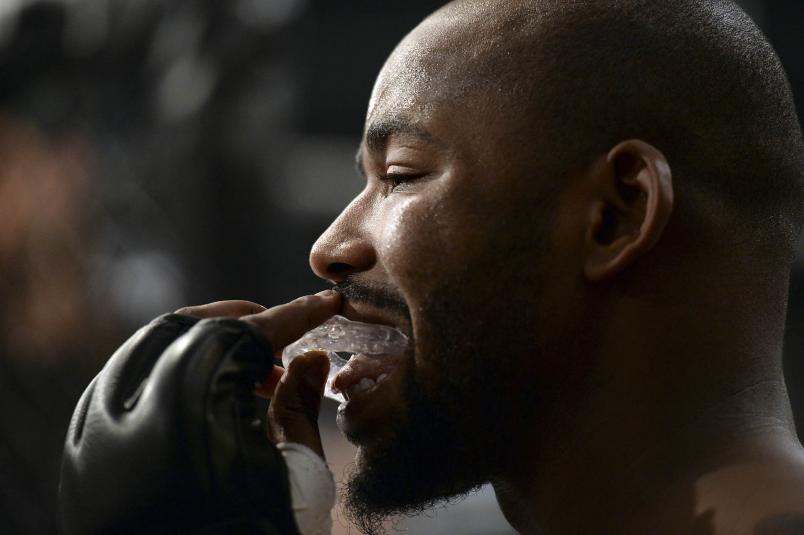 It was back to the regional circuit for another victory, and when he was signed for a third Contender Series appearance, he knew what was on the line. So he had to leave no doubts that he was ready for the UFC.

“That was definitely my mindset,” said Mayes, who got his contract after a first-round finish of Ricardo Prasel. Now it’s off to Singapore, a bit of a surprise for the Louisville native, but nothing he hasn’t prepared himself for with the aid of some of his Jackson-Wink MMA teammates who have already made that trip.

“The other day I asked Holly (Holm) about it because she fought in Singapore before. She gave me a couple pointers for when I get out there, and everybody was helpful in giving me little tips on what to do,” he said. “I’ve never been out of the country, so it’s all gonna be a new experience for me. I never thought I’d be out of the country.”

But here he is, a kid who grew up the hard way now a man fighting in the biggest promotion in mixed martial arts. It’s where he’s always wanted to be, so it was no surprise that he was willing to battle the highly-regarded Frenchman. But Mayes sees something else when he looks at his opponent. 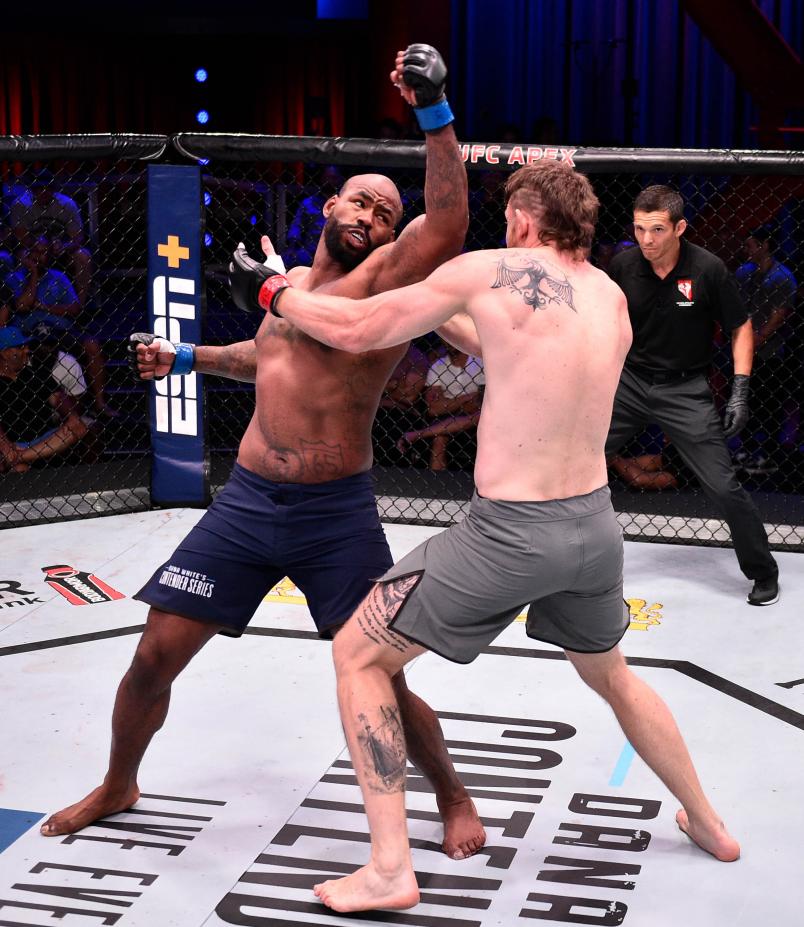 Translation – Mayes thought the UFC had high hopes for Gane, but instead, it’s “Lord Kong” that’s going to put an end to his winning streak in emphatic fashion.

Is that about right?

“I’m trying to set the standard and raise the bar for the heavyweight division,” he said. “If it’s me fighting the best competition they can find me, I’m gonna do my thing and I’m gonna show up. A fight’s a fight and I’ve been fighting my whole life. I’m already mentally ready to fight; I just make sure my cardio’s strong and can’t nobody mess with me.”