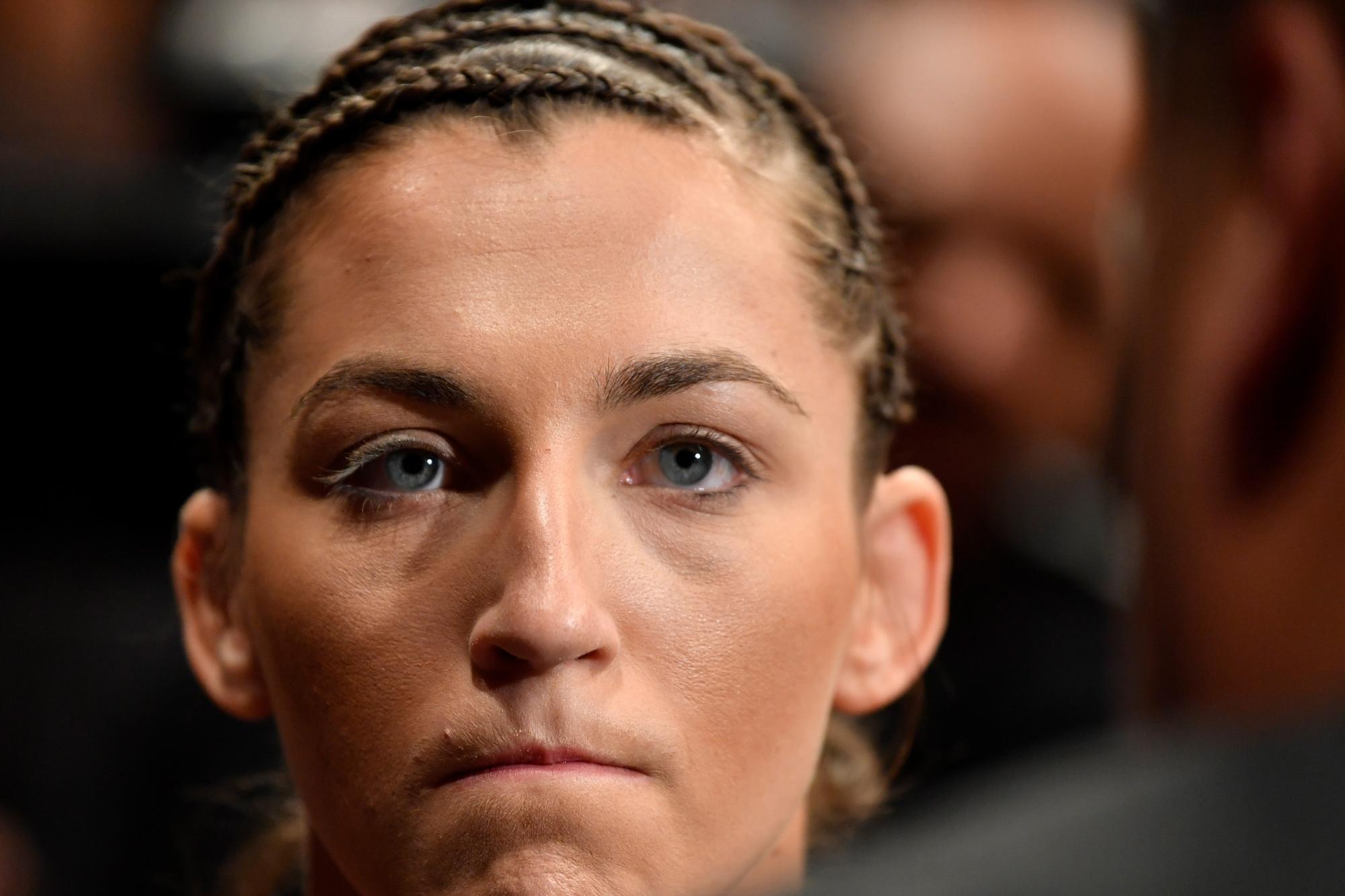 De La Rosa: "They're Going To Have To Talk About Me"

You hear it in mixed martial arts all the time. “Don’t leave it in the hands of the judges.”

UFC flyweight Montana De La Rosa took that statement seriously after starting her professional MMA career 0-2 with two decision losses. Since then she has gone 10-2 with eight submission victories, three of which have come in the Octagon.

De La Rosa wants a reputation as a finisher and more importantly she wants to make a statement on June 22 at UFC Greenville.

De La Rosa is currently the No. 11 ranked flyweight and she has an opportunity to take out the athlete ranked directly ahead of her in Andrea Lee. An emphatic win over Lee would add to the momentum that De La Rosa has been building during her three fight win-streak.

“I think just at the beginning of my career having some bad decisions left a bad taste in my mouth now I just go in there 100 percent trying to get the finish I hate leaving it to the judges,” De La Rosa said. “I think being 4-0 in the UFC with four finishes, they’re going to have to talk about me. They’re going to have to put my name in their mouth.”

A wrestling background plus slick submission game has helped De La Rosa display dominance in her fights with Rachel Ostovich and Nadia Kassem. Both of Lee’s victories over Veronica Macedo and Ashlee Evans-Smith came by decision.

And while each woman is undefeated in UFC action, De La Rosa is quick to point out a major difference between the two.

“This past year she’s been winning everything, just like me. The only difference is I’ve been finishing my fights,” De La Rosa said. “I’m hoping to make a statement and get the finish again.”

De La Rosa and Lee actually have faced each other in amateur grappling tournaments in the past, as well as trained together a bit. De La Rosa doesn’t believe that their previous encounters will play much of a role in this fight as she and Lee have both improved so much since those days. 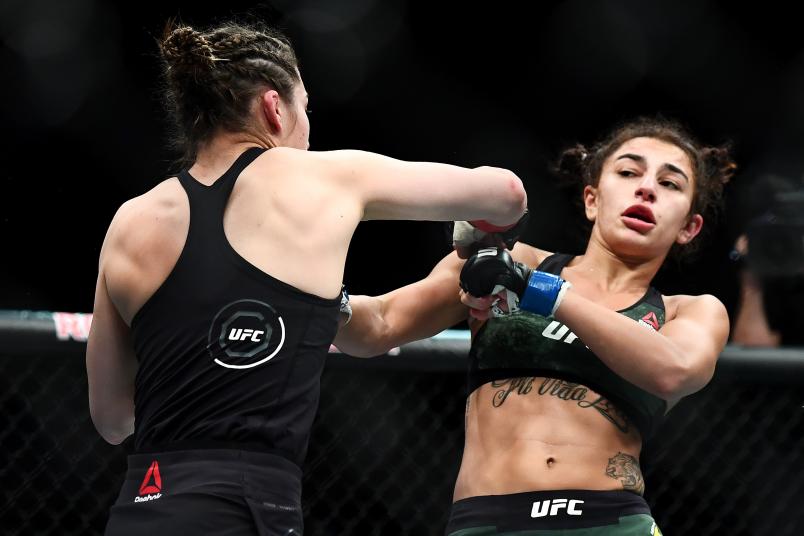 In her training camp leading up to Saturday, De La Rosa focused on building muscle and really pushing her cardio. She is expecting Lee to try to keep the fight standing and even though she believes her biggest advantage will be on the canvas, the competitor in De La Rosa wants to show people that she isn’t afraid to let her hands fly.

“I kind of want to show everyone that my stand-up is better than they think,” De La Rosa said. “Because I know that they have Andrea’s stand-up on a very high level right now just reading comments they’re like, “She’s going to kill you with boxing” or “kick boxing” and I’m like “We’ll see.’”

The battle between the two is a true striker versus wrestler classic and it will be interesting to see which fighter is able to dictate where the fight takes place.

“Anyway type of dominant victory, whether it’s a TKO or a submission would be great on my resume,” De La Rosa said. “It’s finally time for me to get into that top 10 and start making a run for the title.”

UFC Greenville starts at 4pm/1pm ETPT on ESPN+. Catch De La Rosa vs Lee on the main card, which starts at 7pm/4pm ETPT.