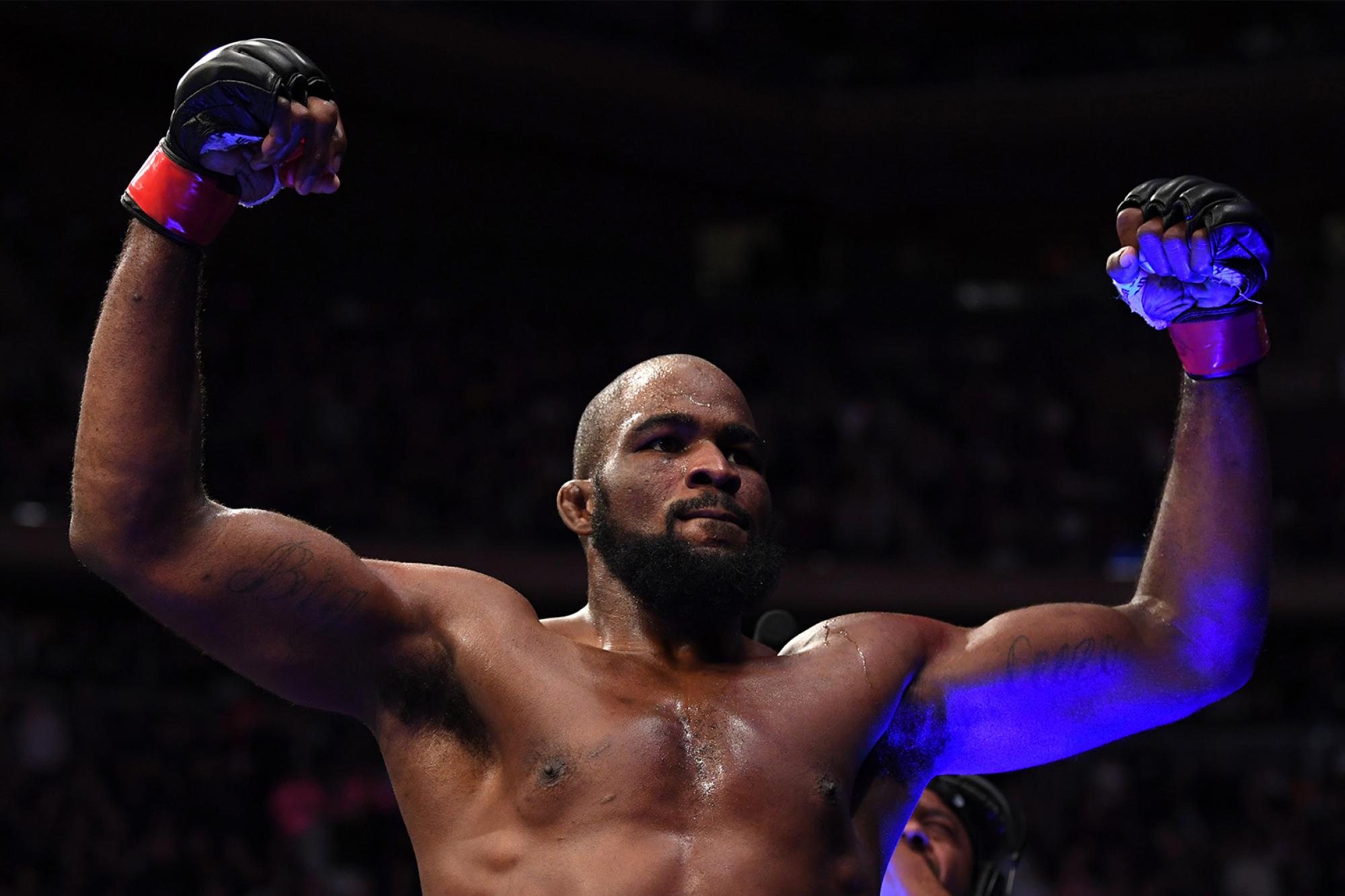 Corey Anderson Is Fixated On The Belt

Coming off the biggest win of his career, Corey Anderson isn't taking anything for granted heading into his rematch with Jan Blachowicz.
By Thomas Gerbasi, on Twitter @tgerbasi • Feb. 14, 2020

The first time Corey Anderson and Jan Blachowicz met in the Octagon in 2015, it was a dominant win for Illinois’ Anderson that left no room to discuss a possible rematch down the line.

So when Anderson received a contract to meet the Polish standout a little over four years later this weekend in New Mexico, his wife Jennifer had a question for him.

“She said, ‘Are you gonna be pumped up for this or are you going to think I already walked through him so I don't really have to prepare that hard?’”

It was a valid question, even if both fighters have gone from UFC prospects to top contenders in the time since they last threw hands. Luckily, Anderson had an answer.

“I said I don't even think that way when I go to sparring. I've been in sparring matches with amateur guys that I pieced up, and then the next time I still think I'm just as dangerous and he just trained and prepared a little better over the week and he put something on me. Sometimes it happens, so you can never look past someone or doubt somebody's gonna get better or I whupped this dude's butt once, I'm gonna do it again. Every time, it's a new fight.”

So as Anderson put himself through another rigorous training camp in New Jersey, it wasn’t to prepare for the same Blachowicz he beat the last time, it’s to beat the 2020 version.

In the case of the 30-year-old Anderson, he may be an entirely different fighter than he was in his fourth UFC bout. Back then, it was wrestling, wrestling and more wrestling from “Overtime,” who specialized in taking opponents to places they didn’t want to go. But in recent years, and especially during his current four-fight winning streak, there’s been an evolution in his striking game that was never more evident than when he put a momentary stop to the rise of Brazil’s Johnny Walker last November at Madison Square Garden.

It was that Performance of the Night knockout that put Anderson in this main event and in the conversation for a shot at Jon Jones’ UFC light heavyweight crown. All that in a little over two minutes, but he’s not surprised how things played out both during and after the fight.

“I was visualizing it the whole camp and I knew what would happen,” Anderson said. “We go out there and flat line this guy and they were gonna put the respect on my name and give me the opportunity to fight in a main event and possibly fight for the title next. Sometimes, I look back, and me and Frankie (Edgar) talked and I asked him, 'Is it crazy to you to think it was only five or six years ago that I was on The Ultimate Fighter and only had three fights and now we're here together? We live in Jersey, and I'm about to be fighting for the title soon if I win this one?' So we have that talk. As for what happened after Johnny Walker, nah, I expected all that to happen.”

Having grown up as a fighter in the UFC, Anderson’s defeat of Walker could almost be described as Graduation Day, because he put everything together on the night when he needed to be on point everywhere. That’s what separates fighters in the Octagon, and Anderson has learned the hard way in the past that what happens in the weeks leading up to a fight most likely determines what happens in it.

“The Jimi Manuwa fight, I worked super hard that camp but it wasn't as hard as I should have worked,” he said of his 2017 loss to the British knockout artist. “I should have worked on different things and after all that preparation, I went in and got knocked out. I had 16 weeks for that one moment to go out there and have my moment or I trained 16 weeks and went out there and s**t the bed. It all depends on how you train and prepare yourself.”

Since then, the 30-year-old Anderson is 4-1 and currently ranked fifth in the 205-pound weight class. So can we assume Mr. Anderson now has all this stuff down to a science?

“I don't have it down to a science, but I got a better grasp on it now than I did then,” he said. “I'm always growing and learning, I'm always getting better and I get more and more comfortable every time I step in there.”

He’s comfortable being confident about his chances of beating Blachowicz a second time on Saturday. If he’s right, expect him to be calling for a shot at the belt, and he’ll deserve that opportunity. But whether he gets the next crack at Jones or recent title challenger Dominick Reyes gets a rematch with the champ, Anderson’s goal remains unchanged. And when asked before last weekend’s bout between Jones and Reyes whether he had a preference on who he would like to face for the championship, he didn’t hesitate in his response.